Wendy Williams has revealed she has lymphedema, a chronic condition that causes swelling in the body’s tissues.

The 54-year-old TV host told viewers about her diagnosis on Monday as she addressed new photos of her holding hands with a platonic friend, in which she appeared to have severely swollen ankles.

‘So Marc [Tomlin, the man she was rumored to be seeing since her divorce] is new to New York and he’s having panic attacks,’ Williams said.

‘I’m unsteady on my feet. I’ve got the vertigo. And lymphedema, by the way. I’ve been diagnosed.’ 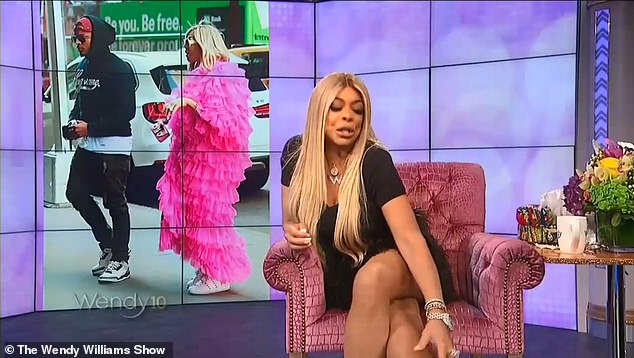 Most of the 10 million Americans living with lymphedema develop swollen arms and/or legs, with symptoms particularly aggressive during the daytime 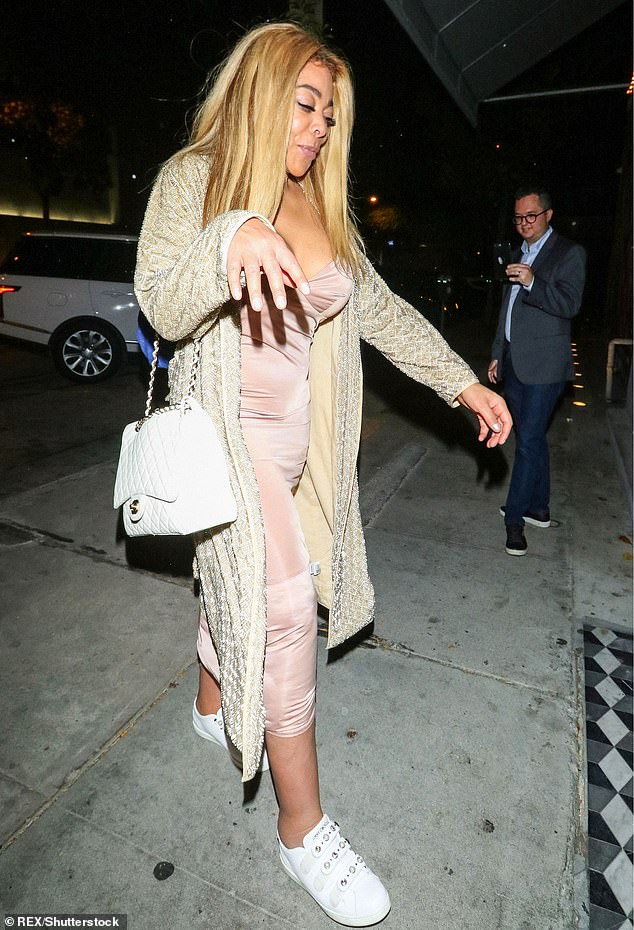 Williams, pictured in early June in Los Angeles, told viewers her lymphedema is the cause of her swollen ankles

She added: ‘It’s not going to kill me, but I do have a machine,’ explaining that she uses it ’45 minutes a day’.

‘And how dare you talk about the swelling of it all! It’s lymphedema. And I’ve got it under control,’ Williams said by way of conclusion.

Lymphedema is an incurable disorder of the lymphatic system, a network of channels and glands that remove excess fluid and help fight infections.

Most of the 10 million Americans living with lymphedema develop swollen arms and/or legs, with symptoms particularly aggressive during the daytime.

It is particularly common in women who have survived breast or vulval cancers – around one in five survivors go on to develop the condition.

Lymphedema can be caused by breast implants, which can tamper with the lymphatic system, according to the FDA. 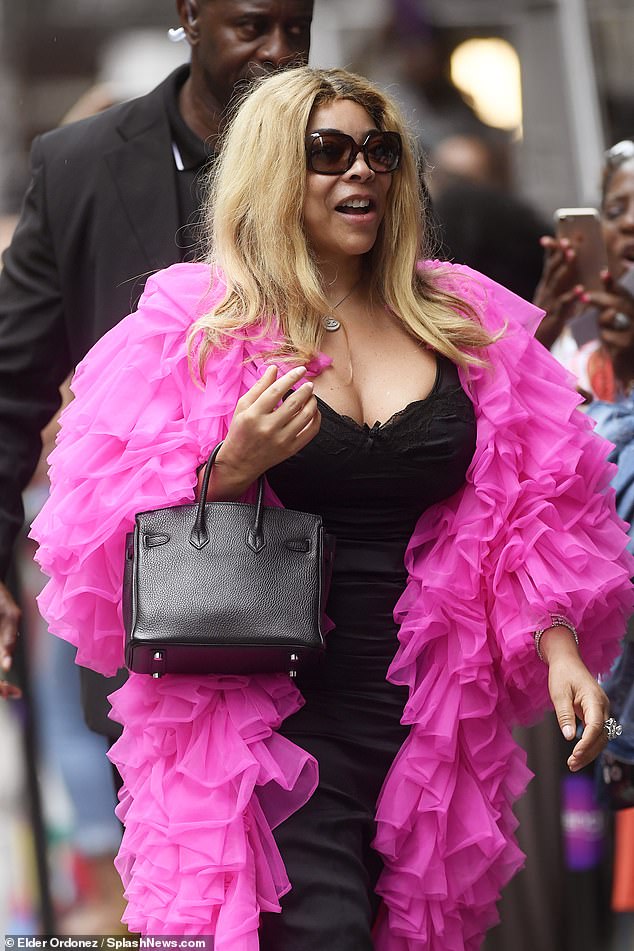 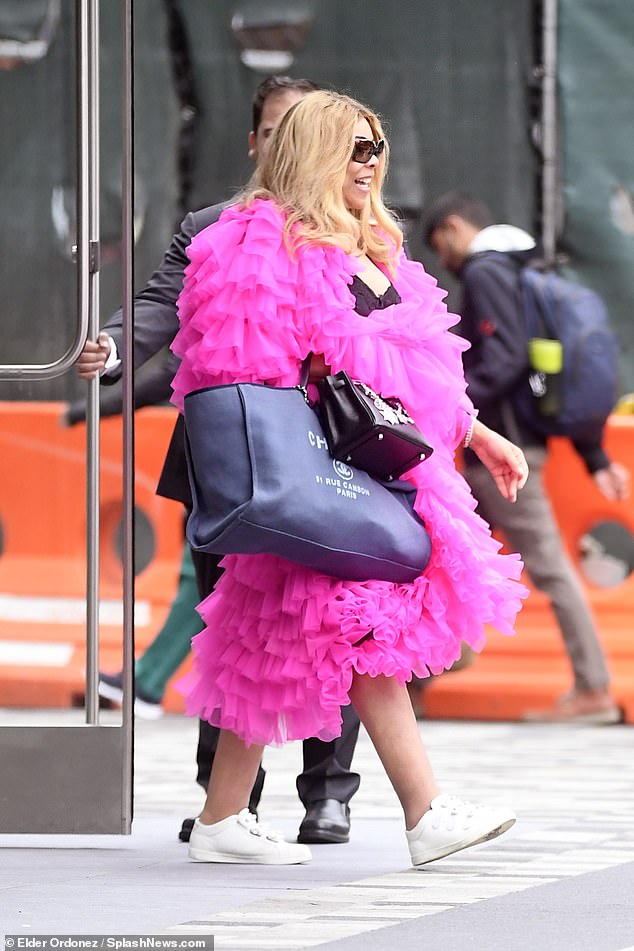 Lymphedema can be caused by breast implants, which can tamper with the lymphatic system, according to the FDA

As well as swelling, other lymphedema symptoms may include:

It can be treated using compression stockings, massages, and exercises.

Most importantly, doctors recommend lifestyle tweaks, such as cutting down on salt, alcohol, and caffeine, which can exacerbate swelling, and exercising regularly.

Williams’ diagnosis comes in the wake of her divorce from her husband of 21 years Kevin Hunter, a stint in hospital for a fractured shoulder, and time in a sober house after a battle with alcoholism and cocaine addiction.