Wendy Williams fainted towards the end of her Halloween special on Tuesday.

The popular host, dressed as the Statue of Liberty, was speaking on stage when she suddenly began to wobble and stagger backwards before dropping to the floor.

The show then went to black.

After a lengthy commercial break, the episode returned to show the audience clapping enthusiastically, but gave no look at the stage or Williams before again going to commercial break.

‘That was not a stunt. I overheated in my costume and I passed out. I am a champ, and I am back,’ said Williams a few minutes later when the show returned.

She propped herself up on a clear podium and still appeared to be struggling to speak as she announced the winners of the costume contest. 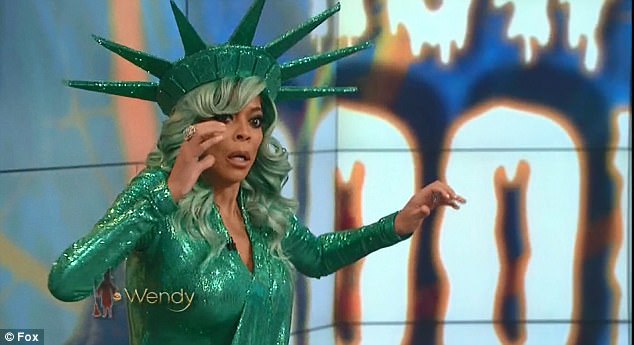 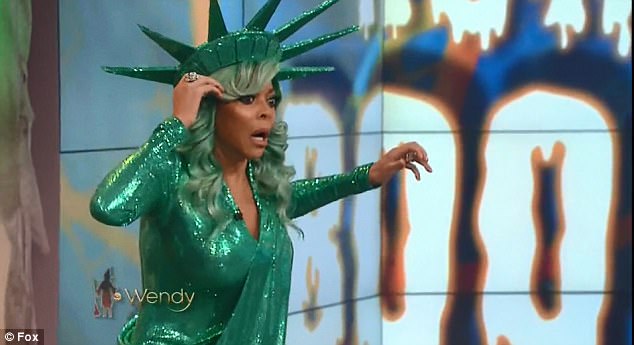 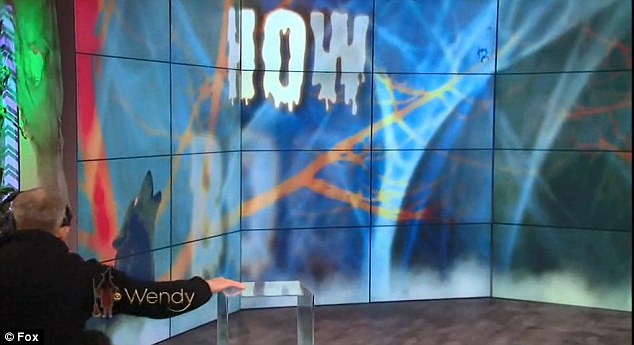 The episode happened right as Williams was returning from break and preparing to announce the winners, with the host seeming out of breath and a bit dazed as she began to speak.

She then could be seen visbly struggling to read the cue cards just seconds in, and said ‘carest’ instead of contestant before her eyes widened and she began to fall back from the podium she was leaning on for support.

Williams took four steps backwards and a look of fear and shock could be seen on her face before she dropped completely out of view.

Her breathing was belabored and her hands were shaking at the time.