Williams prompted criticism for mocking the Joker actor during the Hot Topics segment of her show on January 7, a move which many characterized as ‘bullying.’

Describing Phoenix as ‘oddly attractive’ she first fawned over his ‘piercing eyes,’ before critiquing a scar on the actor’s upper lip, which is often masked by a beard.

Rude: Wendy Williams is under fire for mocking the scar on Joaquin Phoenix’s upper lip

‘When he shaves off his mustache he’s got a hairline fracture,’ she said. ‘He’s got one of those — what do you call it? Cleft lip, cleft palate.’

She then crudely hooked her finger under her lip as if she was suffering from the condition, a common birth defect which happens when a baby’s lip or mouth do not form properly during pregnancy.

The actor has said the mark is a nonsurgical scar he was born with, according to a Vanity Fair cover story from November.

It is thought Joaquin was born with a ‘microform cleft,’ a mild form of cleft which often doesn’t require surgery, but which leaves a small groove in the upper lip, according to the Cleft Lip and Palate Association.

Williams’ comments did not appear to cause outrage until more than a week after her show aired, when Canadian football player Adam Bighill criticized Wendy in a recent tweet.

The athlete was born with a cleft lip and palate and his baby son Beau also has the condition. 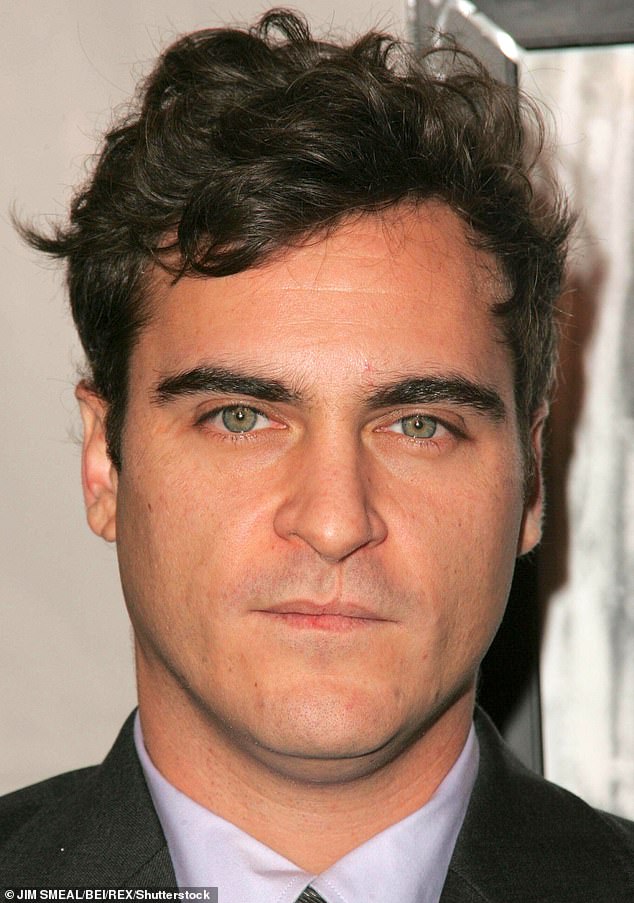 No comment: Joaquin has never publicly spoken about the scar on his lip. He’s seen above in 2005 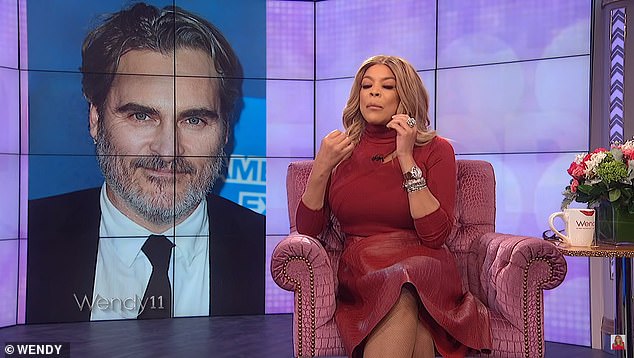 Poor excuse for a joke: ‘When he shaves off his mustache he’s got a hairline fracture,’ she said. ‘He’s got one of those — what do you call it? Cleft lip, cleft palate’ 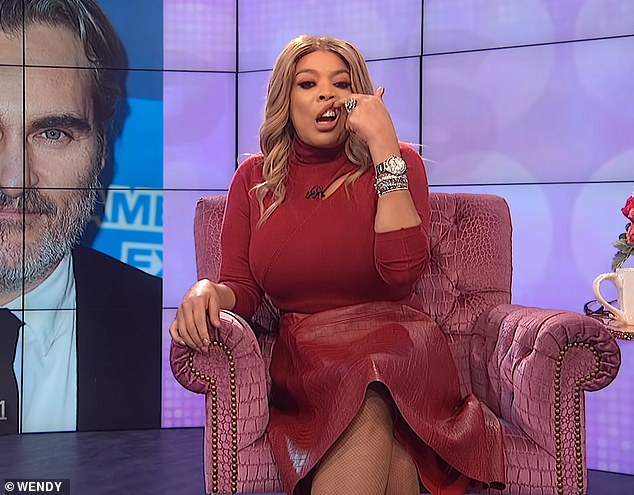 Really? She then crudely hooked her finger under her lip as if she was suffering from the condition, a common birth defect which happens when a baby’s lip or mouth do not form properly during pregnancy

British TV personality Carol Vorderman, 59, spoke out on Twitter, telling Williams: ‘As Ambassador for Cleft Lip and Palate Association, I really am disgusted by this @wendywilliams.

‘Mimicking a cleft lip, and making a joke about it, is disgraceful. Have you any idea the pain and operations a child with cleft must go through as they grow?.’ 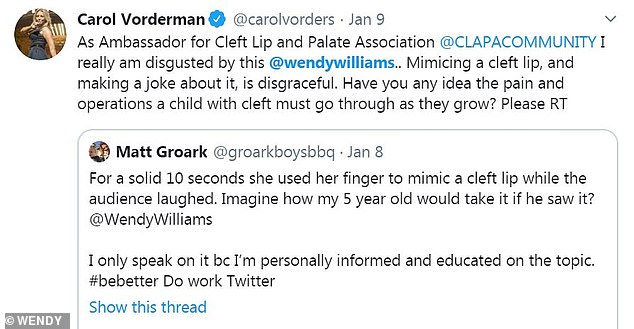 Awareness: Upon first learning about the clip, Adam expressed his outrage by getting the word out 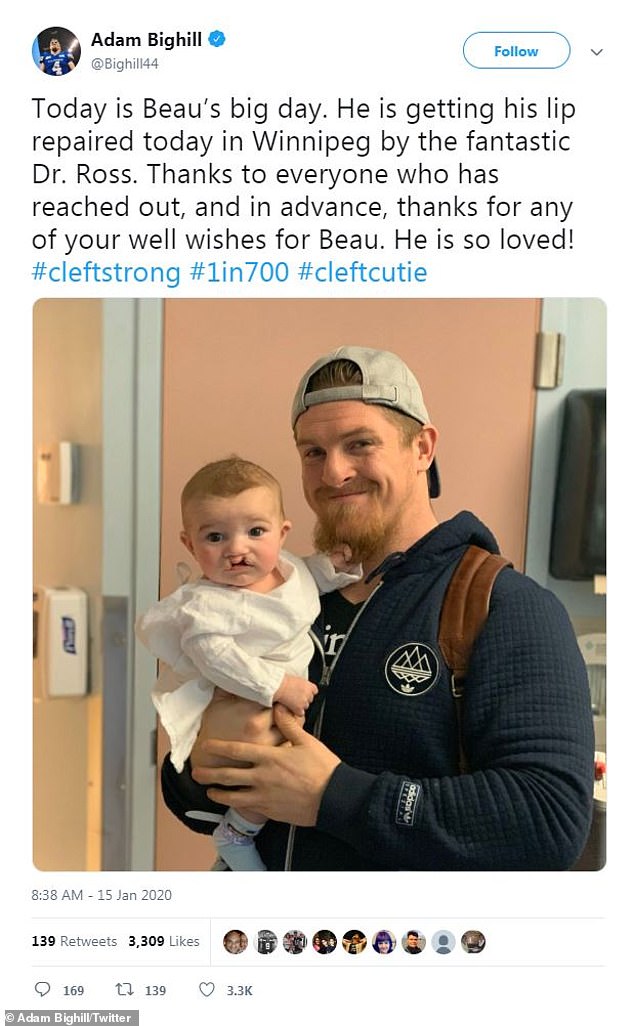 No stigma: He also wrote to Wendy on what was a landmark day for his boy Beau and their family 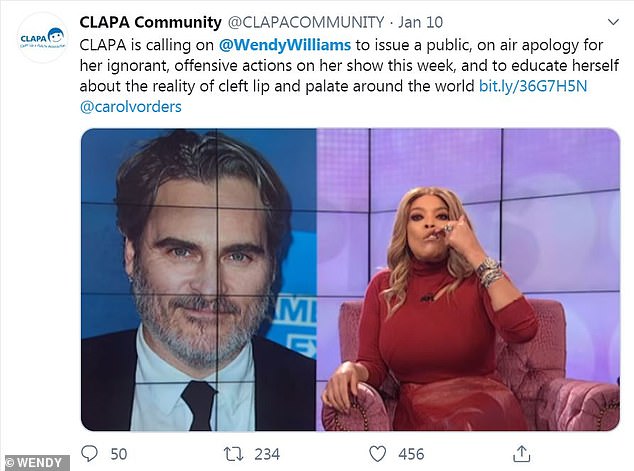 Seriously? One upset user explained why Wendy was out of line 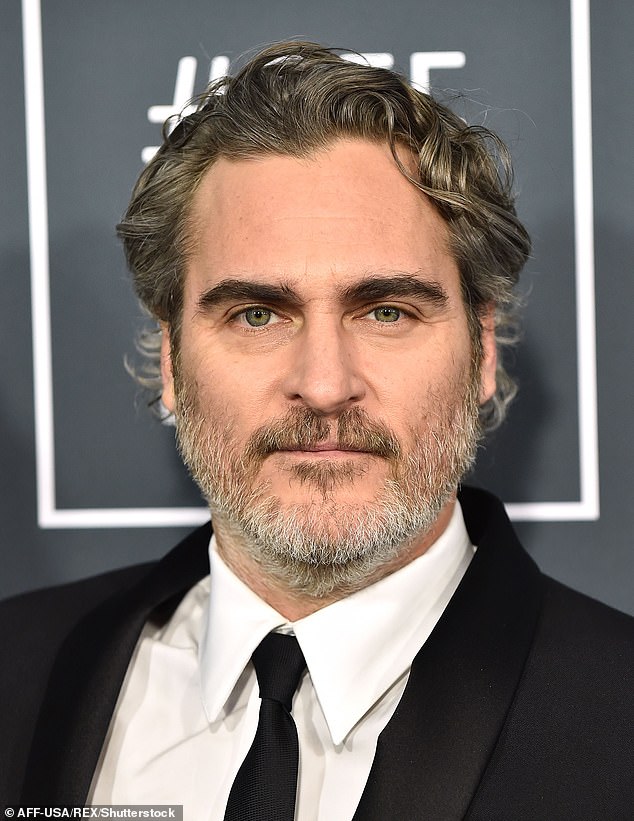 Bigger things: Joaquin has just been nominated for an Oscar. He’s seen at the Critics’ Choice Awards last Sunday above

Bighill also wrote to Wendy on what was a landmark day for his boy Beau and their family.

WHAT IS A CLEFT LIP AND PALATE?

A cleft lip or palate occurs when the parts of a baby’s face do not join properly during its development in the womb.

Around 1,200 babies are born with the condition every year in the UK.

It affects approximately 4,440 annually in the US.

Cleft lips can range from a small notch in part of the lip to complete separation of the upper lip up to the nose.

This can also affect the gums where the teeth come from.

A cleft palate is a gap in the roof of the mouth.

If it affects the back of the palate towards the throat, it is called a soft palate.

A hard palate affects the front of the palate towards the lips.

Some babies with the condition may have smaller lower jaws, as well as possible breathing difficulties.

It is unclear exactly what causes a baby to develop a cleft lip or palate.

But it is thought to be a combination of genetic and environmental factors, such as taking certain medicines during pregnancy.

Surgery is needed to close the gap left by the cleft, which usually takes place when the baby is under one-year-old.

Treatment may also be required to aid speech, teeth growth and hearing.

‘Today is Beau’s big day,’ Adam wrote along with a photo of him holding his little guy. ‘He is getting his lip repaired today in Winnipeg by the fantastic Dr. Ross.

‘Thanks to everyone who has reached out, and in advance, thanks for any of your well wishes for Beau. He is so loved! #cleftstrong #1in700 #cleftcutie.’

‘Waiting for @FOXTV and @BET to let @WendyWilliams [know] that her actions/comments towards the cleft community are not okay,’ Bighill wrote.

CLAPA Community, the Cleft Lip and Palate Association, called Wendy out, writing: ‘CLAPA is calling on @WendyWilliams to issue a public, on air apology for her ignorant, offensive actions on her show this week, and to educate herself about the reality of cleft lip and palate around the world.’

One upset user explained why Wendy was out of line, writing: ‘This is Wendy Williams making fun of Joaquin Phoenix because of his cleft lip. She said “he is handsome as long as he doesn’t shave…he has that hair lip.” Calling a cleft lip “hair lip” is INCREDIBLY offensive!!!’

Wendy has yet to address the controversy.

And it doesn’t seem like Joaquin will have time to worry about Williams’ words.

The talent has a busy few weeks again, racking up awards nominations with the Screen Actor’s Guild, BAFTAs, and of course, the Oscars. He’s a favorite in the category, already taking home the Golden Globe and the Critics’ Choice Awards for his role.