We’re swapping homes with our daughter: She needs a bigger place and we want to downsize

While treating his family to dinner on holiday in Malta, Colin Messenger had a flash of inspiration.

The 63-year-old’s daughter, Amicia Novak, and her husband, Dan, needed a bigger home for their growing family.

Meanwhile, Colin and his wife, Marianne, 65, were rattling around their four-bedroom house just two miles down the road. So, Colin thought, why not swap houses?

‘Once my wife and I had thought it through, it seemed obvious,’ says Colin, a technology consultant.

‘They need more space and we don’t. They were so excited when we put it to them. It’s the only way they could afford to stay in Twickenham.’

It might seem unusual, but experts say soaring house prices are forcing families to explore new options like this.

Andrew Montlake, a director at mortgage broker Coreco, says: ‘Families are having to become more creative in how they help their children on to and up the property ladder, ranging from different ways of gifting to using innovative mortgage deals.’

Amicia and Dan, who are in their 30s, bought a two-bed flat in Twickenham, South-West London, six years ago for £285,000. Now, with 14-month-old daughter Annabelle, they need more space.

In the south-east of England, house prices have increased by an average 50 per cent over the past ten years, according to government figures.

‘It was a shock when dad suggested we swap houses,’ says Amicia, a primary school teacher. ‘It is brilliant for us. I grew up in that house. Moving back in and being able to stay in our town is really special.’ 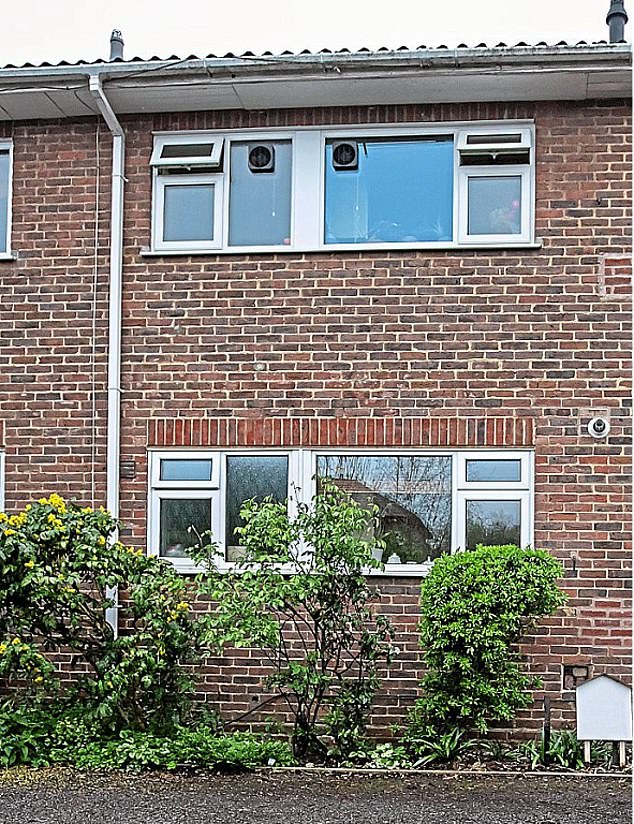 Downsizing: Colin and Marianne will swap their four-bedroom terrace for this two-bedroom flat in Twickenham, South-West London

The families plan to swap houses in July, when Amicia and Dan, a secondary school teacher, finish the summer term.

The young couple have a mortgage on their flat, which they will transfer to the bigger house and increase in order to release some equity for Amicia’s brother.

But, after seeking advice from an accountant, the family were surprised to learn they would still have to pay stamp duty.

Chris Etherington, at accounting firm RSM, says: ‘When calculating stamp duty on a house swap, each part of the transaction is treated separately.

‘As no money is changing hands, the amount each party has to pay is based on either the market value of the property being acquired, or the value being given away, whichever is the highest.’

Homeowners in Scotland pay land and buildings transaction tax instead of stamp duty, and are subject to different rates.

The family could also be liable for inheritance tax in the future, if the parents pass away within seven years of making the gift.

As this sum is under the £325,000 threshold, known as the nil-rate band, no inheritance tax would be due at present.

But if they made any other gifts within the seven-year period, these would be added, and they could exceed their allowance.

There are other ways to swap houses. If Amicia and Dan bought the house for an amount below market value, stamp duty would be worked out on the lower payment. The parents could then use the money to buy a smaller place, paying stamp duty in the usual way.

Or, if Colin and Marianne gifted their house to Amicia and Dan without receiving a property in return, they would avoid stamp duty altogether.

But, again, inheritance tax might be payable if the couple did not survive the gift by seven years.

Another option would be simply to move into each other’s houses without legal ownership, but this could have capital gains tax consequences for both families if they were to sell the properties in the future.