Sam Allardyce called time on his spell as West Bromwich Albion manager on the night his former club West Ham took a huge step towards securing a place in next season’s Europa League.

The former England manager said he was offered the chance to lead Albion straight back to the top flight but had declined as he did not feel he could commit to management for more than a single season.

Allardyce would have hoped to mark the return of fans to The Hawthorns after a 14-month absence, but despite taking the lead through Matheus Pereira, the relegated club were defeated through goals from Tomas Soucek, Angelo Ogbonna and Michail Antonio. 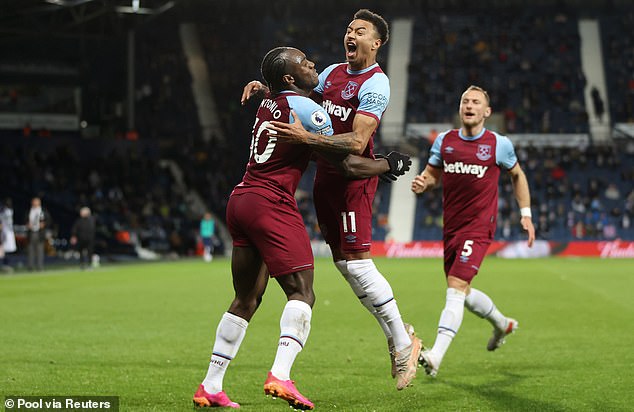 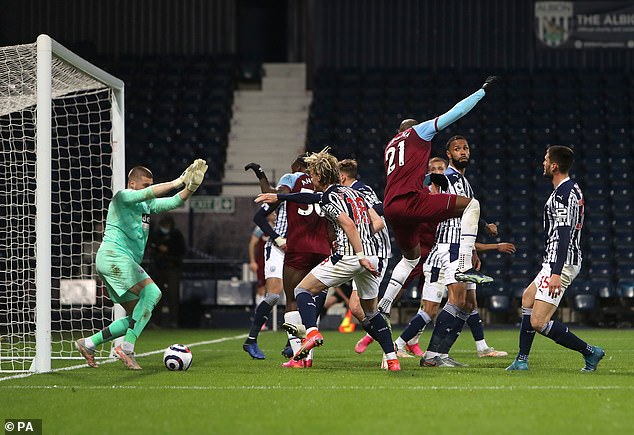 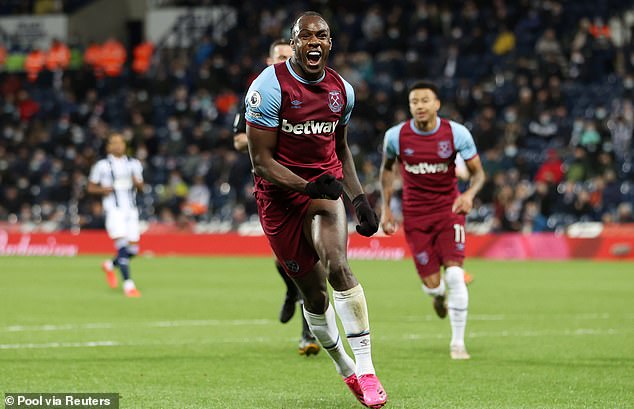 The result means West Ham need a point from their final game against Southampton on Sunday to guarantee Europa League football. West Brom, meanwhile, will begin looking for Allardyce’s replacement, with former Sheffield United boss Chris Wilder likely to be prominent on their list.

Allardyce said the club had gone ‘all-out’ to persuade him to stay. He added: ‘I am my own manager as you know. That’s who I am. They were very generous. I was very pleased and flattered that they wanted me to stay.

‘I’m not long term and they want long term. That’s not me. I think it needs someone to take the club by the scruff of the neck and take them up.’

In an earlier statement that appeared on the club website before the game had ended, Allardyce, 66, said: ‘West Bromwich Albion made me a generous offer to stay at The Hawthorns that shows the commitment of an ambitious club.

‘After serious consideration I have decided not to accept that offer. If I were to stay and achieve promotion next season the expectation would be for me to continue for at least another season and, sadly, that is not a commitment I feel able to make at this stage of my career.

‘I believe the club now needs stability and continuity and this would, in my opinion, best be provided by a young and ambitious manager who can get us back to where we should be as an established Premier League football club.’

Allardyce’s long-time assistant Sammy Lee and first team coach Robbie Stockdale will also depart, though Allardyce said he was happy to advise the club on his replacement.

Since he replaced Slaven Bilic last December, West Brom’s performances have slowly improved but their results have not, meaning Allardyce was relegated from the top flight for the first time in his career. 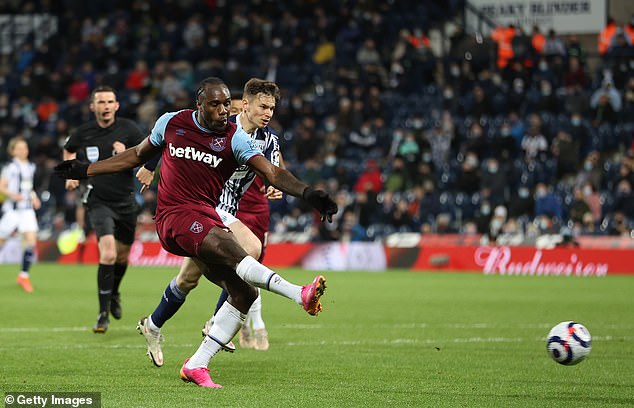 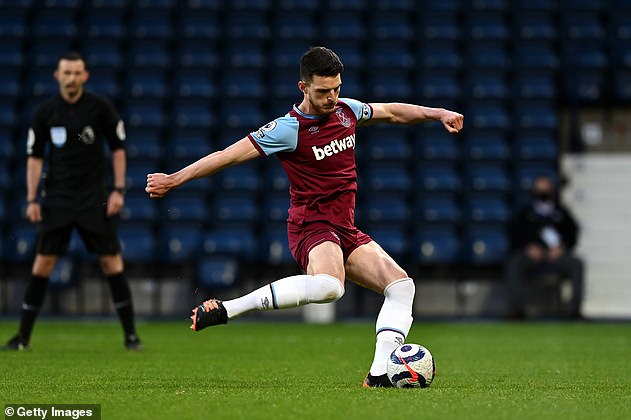 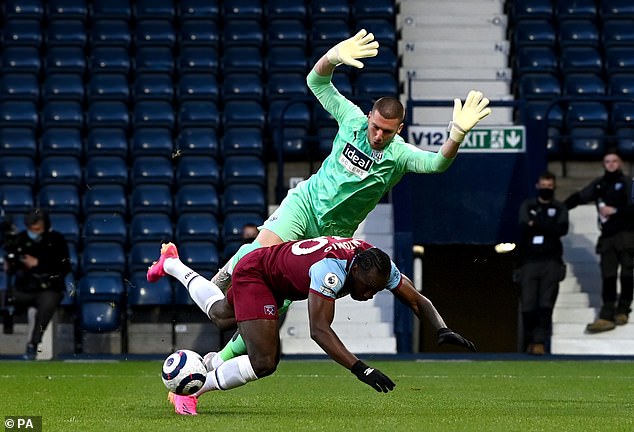 In front of 5,371 home supporters, they had an early boost when West Ham lost goalkeeper Lukasz Fabianski in the warm-up, and Declan Rice missed a third-minute penalty – the earliest a spot-kick has ever been wasted in the Premier League era – after Sam Johnstone had brought down Antonio.

Then Albion took the lead when Pereira’s corner crept in at the near post via the head of Soucek, who levelled from close range in first-half stoppage time.

Both sides missed chances after the break, with Fabianski’s stand-in Darren Randolph in fine form, before Ogbonna climbed above everyone at the far post to head in Aaron Cresswell’s corner, and Antonio sealed it by running on to Jesse Lingard’s pass and firing low beyond Johnstone. 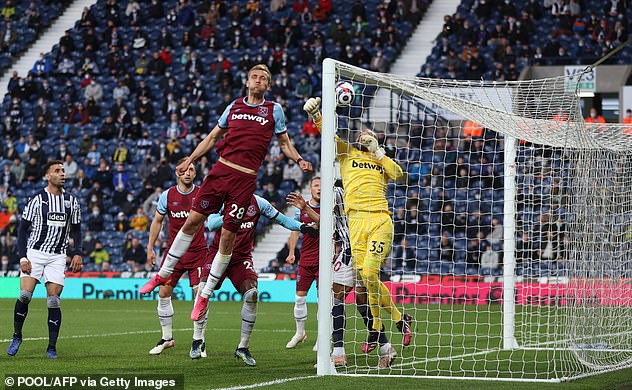 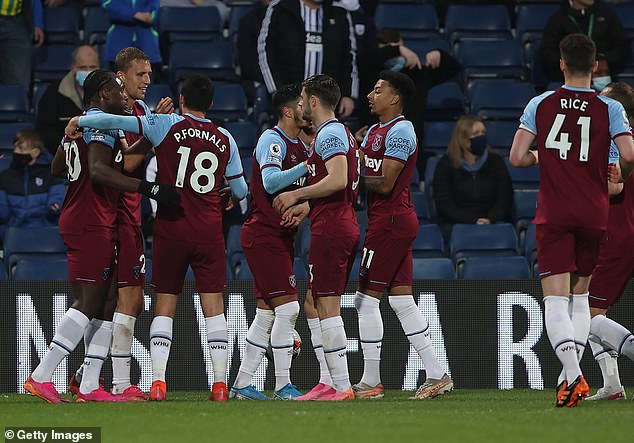 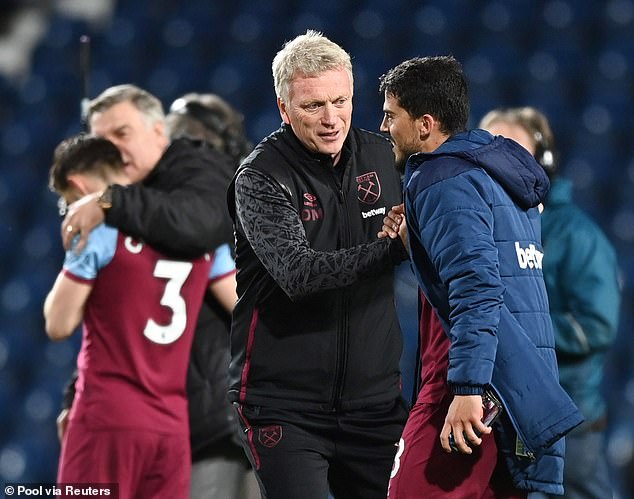 Hammers boss David Moyes said: ‘It was a physically tough game against a much-improved side and a good victory for us in the end.

‘I am delighted we have got ourselves in a position to reach the Europa League but it’s not done. If we win the game against Southampton there is no danger.

‘We didn’t play really well here but we found another way of winning. It shows we’re getting a group together who can find ways of winning no matter what type of game it is.’