It was a traditional question to ask after a fightback, but the answer was anything but traditional.

‘Phillip Schofield in The Cube,’ Sam Allardyce said after being asked what he said to his players at half time, given West Bromwich Albion were losing 1-0 and looked hopeless.

‘You know what he says? “Simplify.” Simplify our game. You just have to simplify your game, lads. You’re getting yourselves too confused. The second half was different. We turned a corner.’

Allardyce’s love of ITV game shows aside, West Brom did indeed show some fight. They took a 2-1 lead, showing they are not ready to simply succumb to relegation.

Big Sam introduced his new loan signing, the Galatasaray striker Mbaye Diagne, at the break. Snowy West Bromwich is a long way from the warmth of Istanbul, but he landed in England at 8pm on Friday night and had an instant impact here, assisting Matheus Pereira for his goal.

Allardyce’s only gripe is that they could not hold on to their lead. This turned out to be the draw neither manager wanted. They needed a win, and Scott Parker felt Fulham threw victory away.

The visitors led 1-0 at half time but as Parker explained: ‘That should be 3-0 or 4-0 at half time. The game should have been out of sight. They have to make changes 20 minutes into the game and we have big, big chances. It should be done by half time. 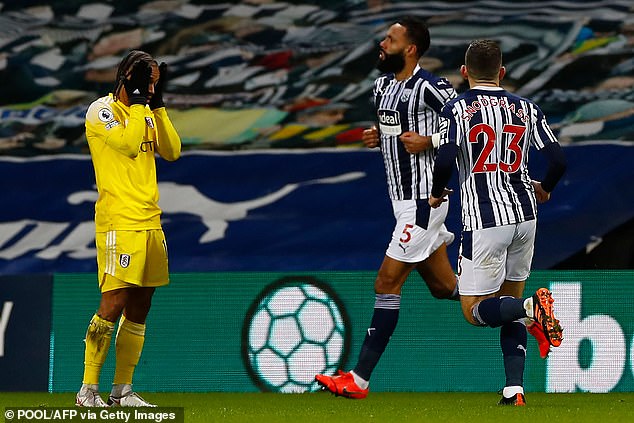 Parker can be proud that it was a combination of his two substitutes that saw Fulham avoid defeat, with Harrison Reed crossing for Ivan Cavaleiro. The side sitting in 18th were all over 19th-placed West Brom in the first half, with Aleksandar Mitrovic putting himself about.

This was Mitrovic’s first Premier League start in 2021. He had not scored in any of his last 16 appearances in all competitions for club and country. Yet scoring is not all he does.

Ten minutes in, Mitrovic controlled a ball from Ademola Lookman with his chest. Kieran Gibbs went to close him down, but it was the wrong decision by the former Arsenal left back.

Gibbs’ attraction to Mitrovic and the ball left Bobby Decordova-Reid all alone. Mitrovic played a nice through-ball into his team-mate’s path, and Decordova-Reid found the back of the net. 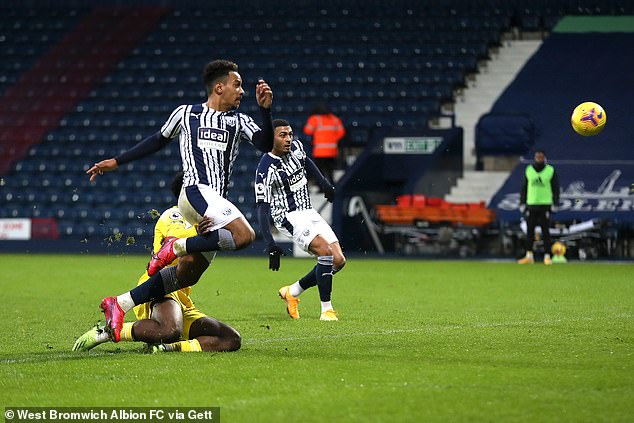 Decordova-Reid really ought to have made it 2-0 in the 18th minute, when he had only West Brom goalkeeper Sam Johnstone to beat after Gibbs had seemingly tripped over his own feet.

Unfortunately for Scott Parker, the shot struck the post.

Allardyce was stood in the technical area wearing a parka with his hood up.

You could sense his fury and so unhappy was West Brom’s manager, he made a substitution, replacing defender Dara O’Shea with forward Karlan Grant after 24 minutes.

West Brom were glad to hear the half-time whistle go with them trailing by only the one goal. Allardyce responded by throwing on Diagne, who pinned back Fulham’s defence.

Then it was 1-1. Pereira’s cross deflected off Fulham’s Ola Aina and the ball fell kindly for Kyle Bartley. Parker couldn’t believe it after all of their first-half chances.

The visitors were shell-shocked. Then it got worse for Parker, as West Brom scored a second goal. Diagne played in a low cross which caught Fulham off-guard and Pereira got to it ahead of Aina, beating goalkeeper Alphonse Areola.

Could Fulham respond? They could, and it was down to the substitutes.

Reed had the ball on the right wing, crossed and found Cavaleiro, who scored with a diving header. West Brom’s lead had lasted for 11 minutes.

Fulham looked the likelier to nab a winner before full time but it wasn’t to be. A point apiece, though both these teams needed all three, really. 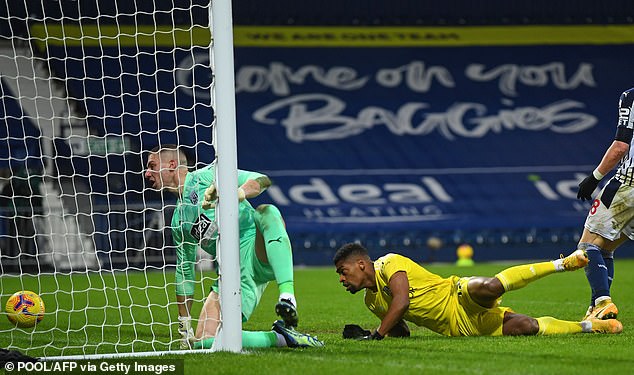 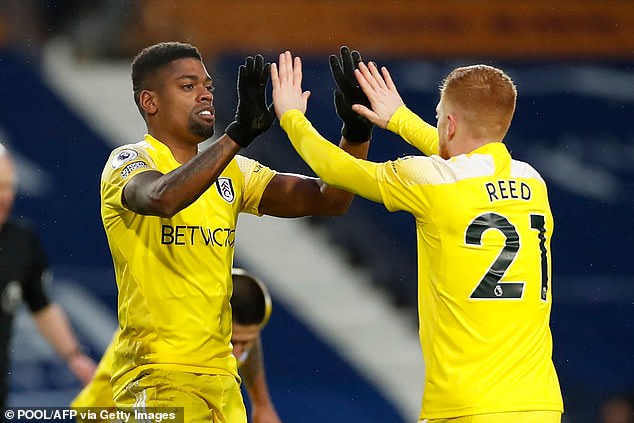