The small forward was tested after the Eagles’ elimination final against Essendon on September 5 and the results were announced today.

Cannabis is prohibited and could land Rioli with a four-year ban.

It comes after the star failed a previous drug test on August 20, the results of which were announced last week.

Last Thursday he was stood down by the AFL after an ‘adverse finding’ was allegedly found in the August test.

There were reports Rioli ‘panicked’ and allegedly poured an energy drink into a drug-test beaker but got caught by ASADA officers.

‘He tried to manipulate his sample on-site and got caught red-handed,’ a source told The Herald Sun.

Rioli won’t be allowed to compete in AFL competitions or any WADA-compliance sport, including the WAFL while indefinitely suspended.

But he will be able to train prior to final determination of the asserted code violation. 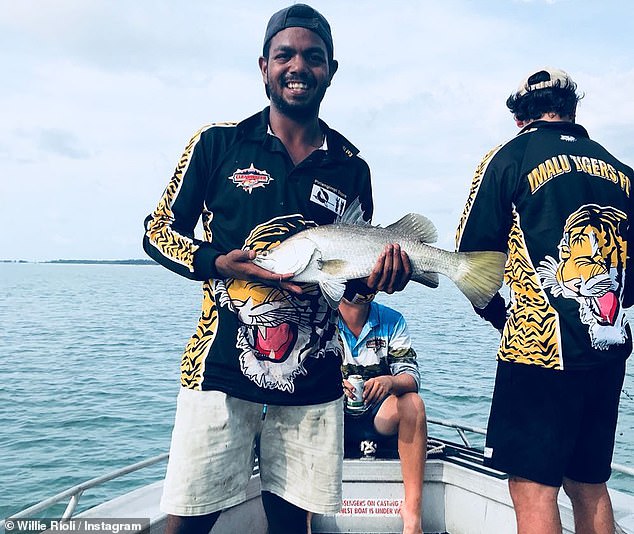 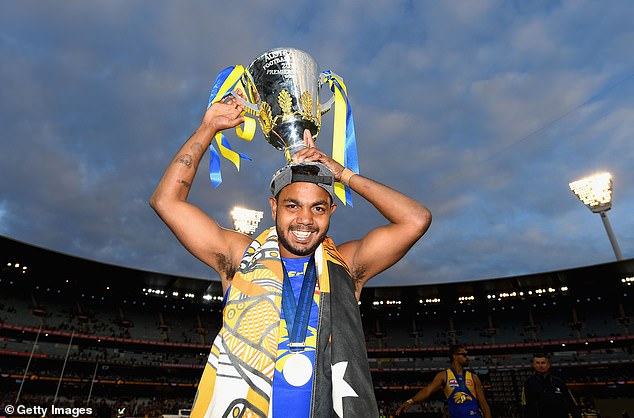 ‘The club is extremely disappointed that one of our players has been provisionally suspended while a matter is being investigated and it will comply fully and openly with ASADA and the AFL through the process,’ an Eagles statement read.

‘The club is fully committed to supporting Willie during what is a personally distressing time.

‘Our primary concern is Willie’s health and welfare.

‘As this is an ongoing investigation the club, its staff and players can make no further comment until the investigation is completed.

‘The West Coast Eagles fully supports the AFL and ASADA in its ideal of our game being drug free.’ 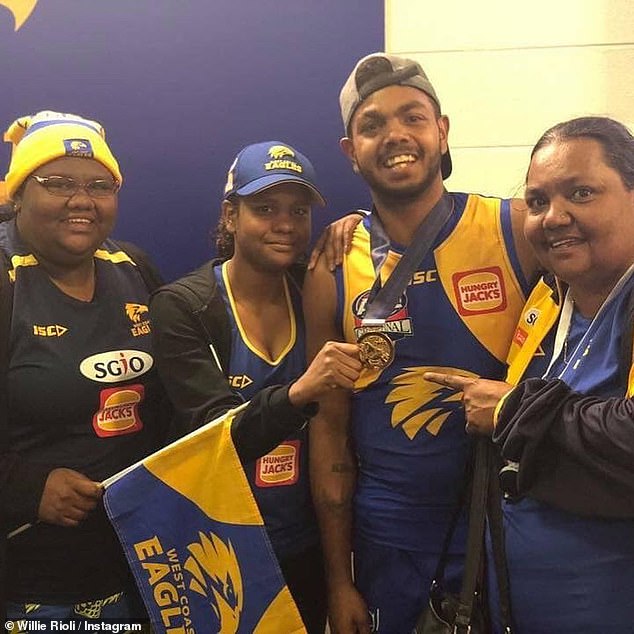 If found guilty, Rioli faces a ban of up to four years.

Born on Tiwi Islands in  the Northern Territory, Rioli has playing 38 games for the Eagles since making his AFL debut in round two of the 2018 season.