Some teams find comfort and solutions in weak rules. Fair enough, if cheap postponements work for you. But how much more satisfying it is to see one mining gold out of a mountain of muck.

Leeds started this mad game with seven men injured and by the 23rd minute they had lost another two. Rough luck, that. Goodness knows what loopholes Arsenal and few others might have studied to get out of it.

But Leeds didn’t have that option – no Covid cases, no leeway, no requests to rearrange. Not many grown-ups on their bench, either. There were seven teenagers among them, and one, Archie Gray, was 15. A kid. But what magic they found with so little space between their backs and the wall. 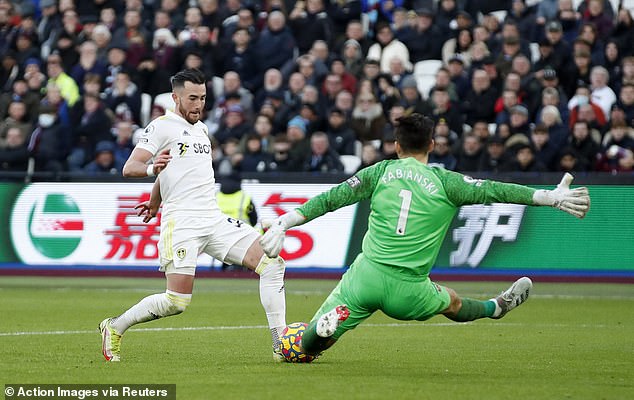 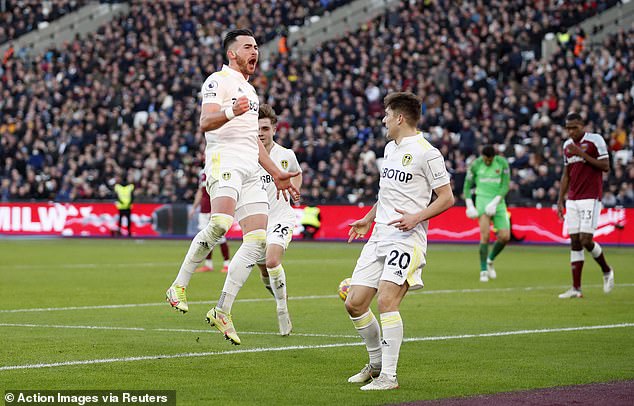 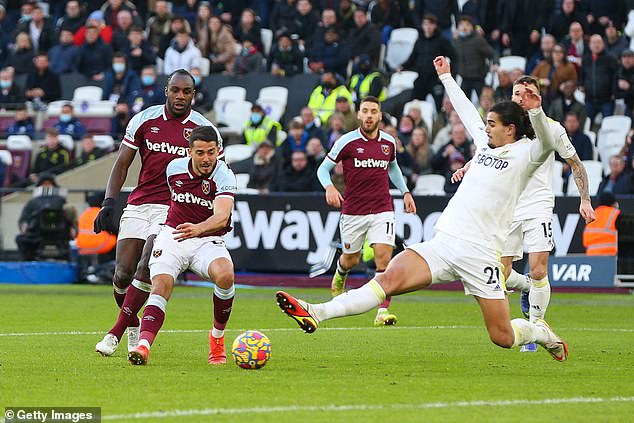 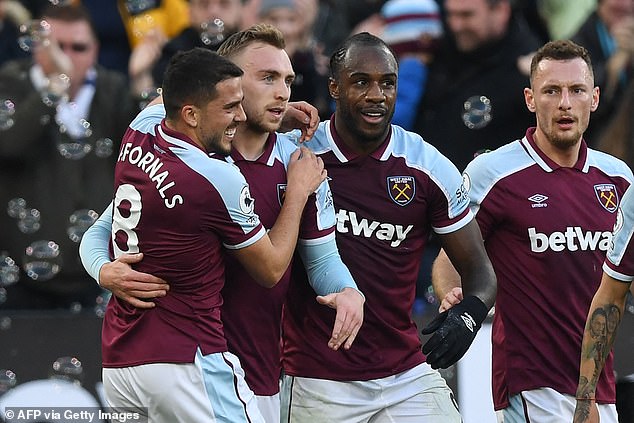 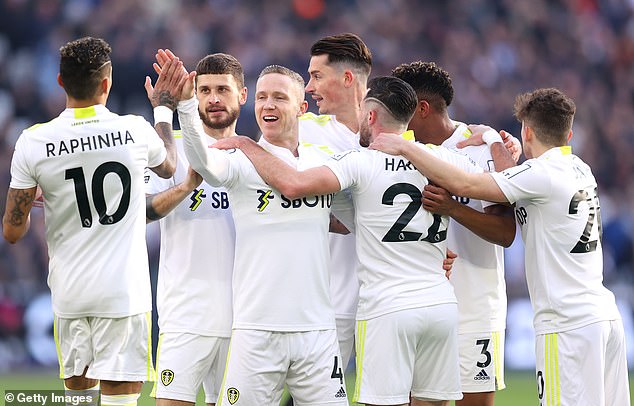 First to Jack Harrison. He was the star, in the conventional sense. He had never scored twice in a league game for Leeds before this one, but here, at the 136th go, he got three. Good on him and good on them, out-slugging the fourth-placed team in the league away from home.

We kept waiting for Leeds to tire, for order to restore itself. It didn’t. Jarrod Bowen cancelled out the first Harrison goal, but almost immediately Harrison had a second. Pablo Fornals levelled that one off too, only for Harrison to get his third. He was relentless, and so were Leeds.

It isn’t something we have seen much of in this difficult second season, but when it works, when the complexity of Marcelo Bielsa’s thoughts are transmitted through his players, they really are excellent. A buzz of energy and motion and weird geometry. And so this was quite possibly their best performance of the season, certainly when you count the number of men they have in their battlefield hospital.

If they can sustain this level, they will be safe. Their form this season, and more pertinently their injuries, suggest that is a whopping big ‘if’, but they ought to okay anyway. Quite aside from a nine-point margin to 18th, they have access to gears that other struggling sides can only dream of.

Now to West Ham. They could have tightened their hold on fourth and moved five points clear of Arsenal, and in that context home games with Leeds feel like a wide, easy gate to navigate. But this match looked iffy from the start for David Moyes. 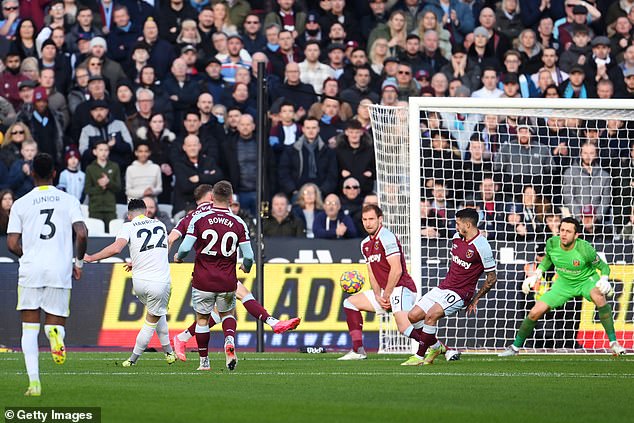 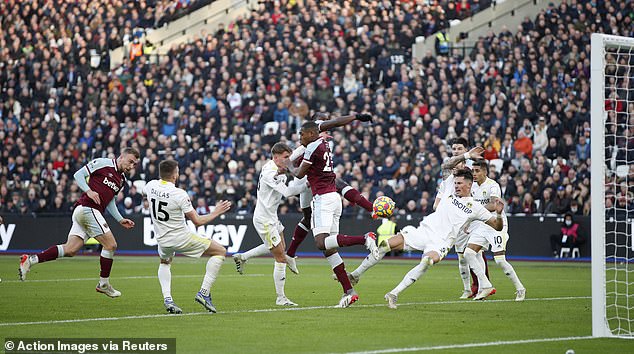 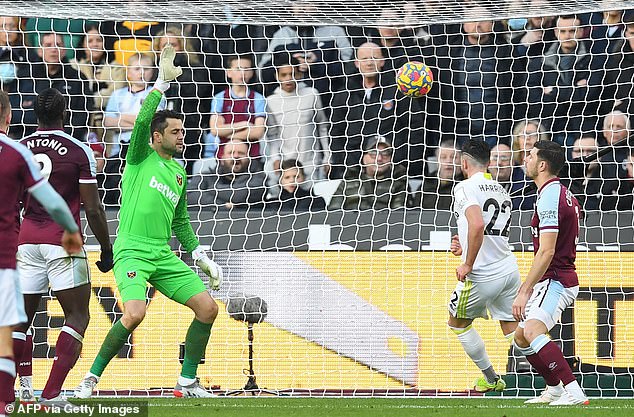 They had arrived at speed, with four straight wins, including one against Leeds in the FA Cup last weekend. Here, they were flat. Declan Rice was swamped in midfield and had less space to orchestrate, Michail Antonio saw too little of the ball, and didn’t do enough when he did. No one got close enough to Raphinha, who was involved in each of Leeds’s goals.

Doubtless we can talk about their schedule, and the fairness of West Ham having a rearranged fixture against Norwich inserted in midweek, whereas Leeds, with two games fewer under their belt because of their own Covid postponements, had a clear week to prepare. Moyes bemoaned that issue and he had a point. But set against other baffling decisions from the Premier League you doubt any of the rule-makers will have paid much attention.

So too bad for West Ham, a good day for Arsenal, and a super one for Leeds.

‘A beautiful game typical of the Premier League,’ said Bielsa, and no complaints there, once we skip past the politics and on to the football.

The Leeds manager had made four changes to the side beaten 2-0 by West Ham a week earlier, though worryingly he was still in no position to recall Patrick Bamford, despite saying that he is close to being fit again. Without him, they have looked awfully blunt too many times; here they had Harrison in deadly form to compensate.

His first goal was well-taken, with Harrison wrapping a shot around Lukasz Fabianski after a pull-back from Adam Forshaw, who had collected the rebound after the keeper had blocked Mateusz Klich. Aaron Cresswell’s botched attempt to intercept the initial ball forward from Luke Ayling meant West Ham were far from blameless in going behind 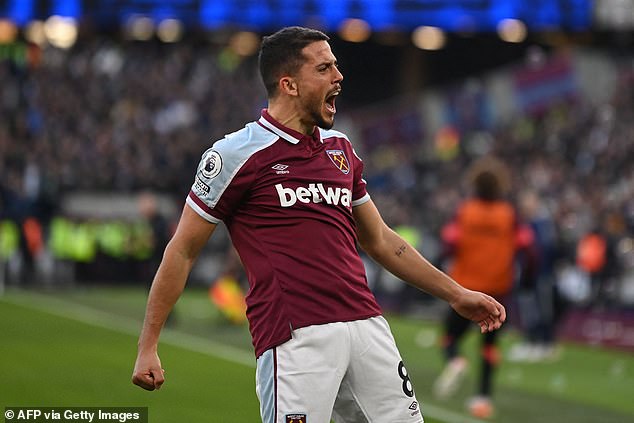 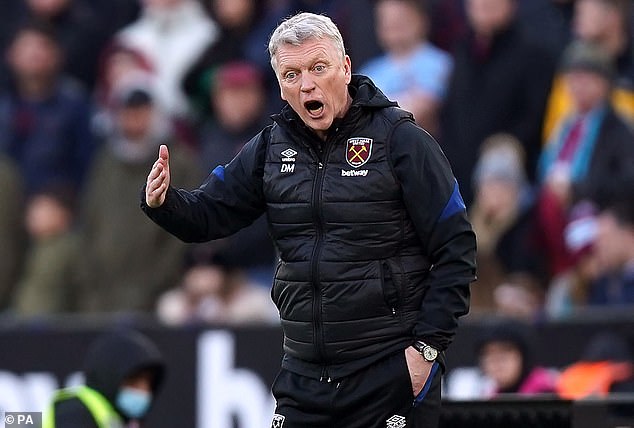 While the goal was suitable remuneration for Leeds, what followed was more in keeping with their recent luck – both Forshaw and Junior Firpo came off two minutes apart with injuries. In their place came two teenagers, Lewis Bate and Leo Hjelde, who had never before played in the Premier League.

West Ham threatened a response when Craig Dawson somehow missed the target with a free-header from a corner, but Leeds didn’t learn from the scenario. In a near identical situation a moment later, Jarrod Bowen was left unattended to head in Cresswell’s corner for 1-1.

The expectation might have been for West Ham to assert themselves, but three minutes on they were again behind, with Ayling heading Raphinha’s corner to the far post. Harrison, a fraction onside, bundled it over the line. Bielsa managed a smile.

Daniel James blew a one-on-one at the end of the half and the deeper cost of the miss became pronounced early in the second when Fornals cut in from the right, side-stepped Struijk and levelled.

That was galling for Leeds, but once more they stormed back, and again it was Harrison. The finish was superb and so was the throughball by Raphinha that rolled a tight path between three West Ham defenders.

Raphinha hit a post with a free-kick as Leeds chased a fourth, before Klich had a goal disallowed for clipping Rodrigo when the latter was offside.

At the other end Andriy Yarmolenko also had a goal chalked off for West Ham in the final 10 minutes, before Bowen, so brilliant in scoring four goals in three games, somehow missed from three yards.

He should have headed the cross from Antonio but for whatever reason tried to chest it in. Just one odd moment in a delightfully absurd game. 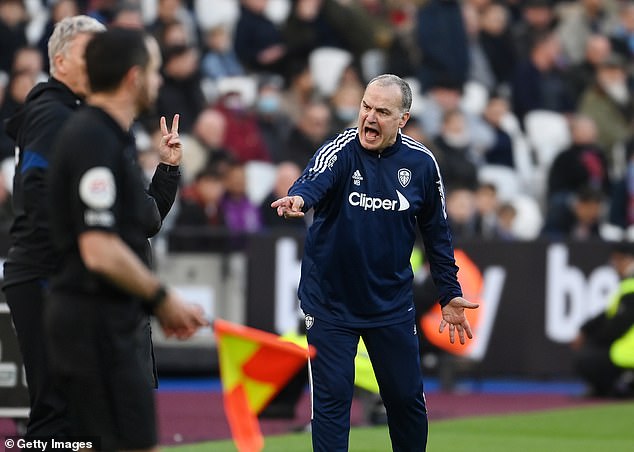 Yet for Marcelo Bielsa, his side produced a brilliant performance to earn a huge three points