West Ham’s Jarrod Bowen, 24, faces FA investigation into N-word tweet sent when he was just FIFTEEN, as he apologises for ‘offensive’ and ‘immature’ historic post that was dug up online

West Ham forward Jarrod Bowen has apologised for using the ‘N-word’ on Twitter and admitted he was ‘immature’ after an old social media post resurfaced.

The Football Association have confirmed they are aware of the post, which was made by Bowen when he was a 15-year-old playing in Hereford’s youth ranks, and have launched an investigation into the matter.

The now-deleted post read: ‘That one friend that thinks their (sic) black #N*****please.’ 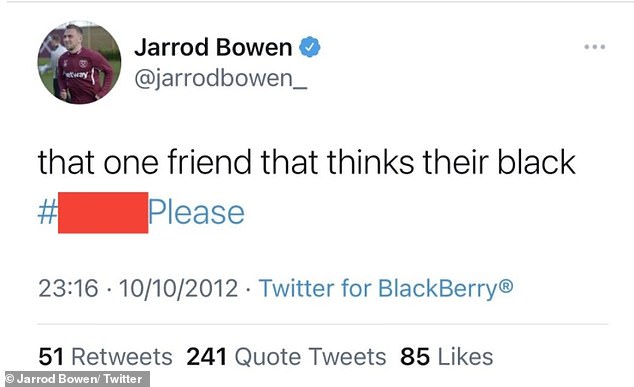 Bowen, 24, who has played a significant role in West Ham’s remarkable season, issued a statement on Friday morning, which read: ‘In 2012, when I was a 15-year-old kid, I posted an offensive and immature tweet.

‘I wish to apologise unreservedly for the unacceptable content of that post, especially to all connected with West Ham United.

‘This is not an example I wish to set and it certainly does not portray the values and principles that I hold.’ 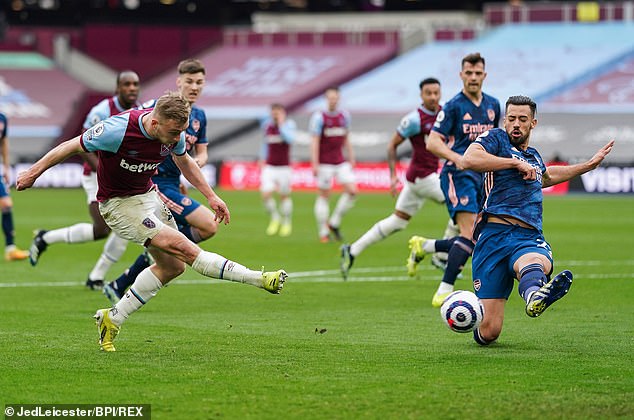 West Ham have already spoken to the winger about the post and will deal with the matter internally.

The club said: ‘Equality, diversity and inclusion are at the heart of West Ham United, and our zero-tolerance approach to any form of discrimination is embedded across the club. The club takes matters of this nature extremely seriously.

‘In regard to the tweet from 2012, we have spoken to Jarrod and he is aware of the club’s unequivocal stance in this area. He fully understands the requirements and responsibility upon him to always act in line with the club’s values. This will be dealt with internally.’

Bowen could face retrospective action if the FA determine he was a participant in the game at the time of the tweet. 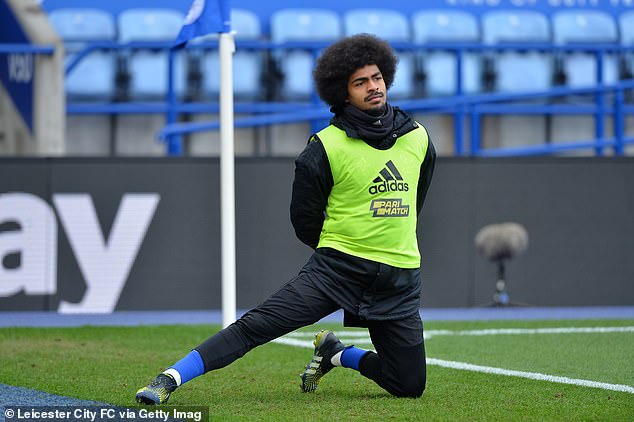 The FA have taken action against players for historic social media posts before, with Leicester’s Hamza Choudhury being fined £5,000 in 2019 for ‘hurtful and offensive’ comments when he wrote in 2013: ‘Why are black people so fast. Because the slow ones are in prison.’

In 2016, the FA also suspended Watford striker Andre Gray – then at Burnley – for four games after a homophobic post from four years prior came to light.

The 33-year-old Uruguayan used the word ‘negrito’ in an Instagram post after the club’s victory on November 29, before taking it down and apologising. He said it was intended as an expression of affection to a friend.