West Ham have identified the culprits accused of attacking two German commentators at the London Stadium during Thursday night’s Europa League defeat to Eintracht Frankfurt and passed their details on to the Metropolitan Police.

The apparent assault took place in the press box, which is located within a section of the home support. Broadcasters Tim Brockmeier and Philipp Hofmeister, working for ARD Radio, reported live on air that they were being ‘attacked’ from behind after Michail Antonio’s 21st-minute equaliser.

German newspaper BILD reported Hofmeister as telling listeners: ‘We are being attacked here. They threw the headset down on my colleague Tim. I have to sort myself out a bit. We have to see that we can get some security personnel here.’

He later added: ‘You constantly have the feeling that something could come from behind, a punch or something. My dreams of English football have been shattered.’

It is understood the supporters weren’t happy with how the commentators had excitedly reported on Frankfurt’s early opener from Ansgar Knauff. The pair were seated in the last row of the press box, directly in front of West Ham supporters.

They were moved to safer seats for the second half, though were understandably shaken. UEFA might have charged West Ham for lack of spectator control – a security breach which comes with a fine of 5,000 euros – but are set to leave the sanctions to the club and police. 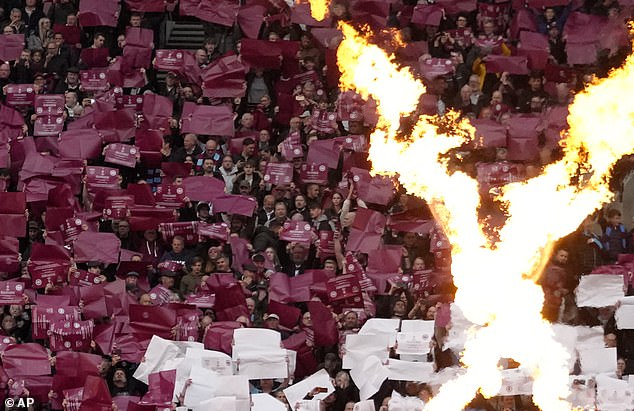 If found guilty, the offenders will receive indefinite bans. ‘Behaviour of this kind is unacceptable and will not be tolerated at West Ham United,’ a club statement said.

The Metropolitan Police added: ‘We are aware of reports that during the match, two radio journalists were assaulted by fans seated behind them. Such behaviour is unacceptable and has no place in football stadiums.’ 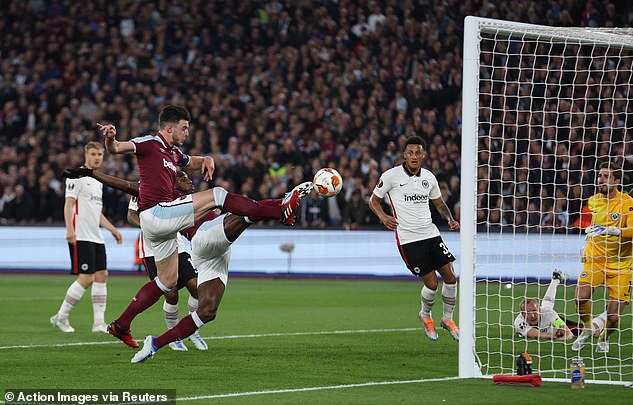 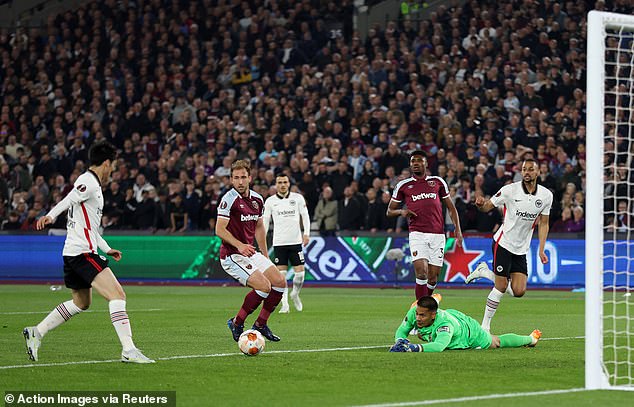 Eintracht Frankfurt will travel back to Germany ahead, however, after Daichi Kamada’s goal

West Ham have it all to do in the second leg, with Frankfurt winning Thursday’s game 2-1 with a winner from Daichi Kamada.

After the game, the same reporter said he and his colleague were ‘doing okay.’

‘Best wishes to all West Ham supporters who love football and respect their opponents,’ he posted in a tweet.