West Ham captain Mark Noble will NOT make a retirement U-turn if they win the Europa League as bidding farewell in that way would be ‘special’… and jokes he’ll return to watch Champions League games with the trophy!

West Ham skipper Mark Noble has ruled out reversing his decision to retire if they win the Europa League.

The 34-year-old will hang up his boots at the end of this season after spending his entire career at the Hammers.

Noble and his team-mates can write themselves into the West Ham history books by winning the Europa League next month but the captain revealed he will not make a U-turn on his retirement whatever the outcome.

‘I’ve been asked so many times by different people. The reason we’ll get to the Champions League is winning the Europa League,’ he said ahead of their semi-final first leg at home to Eintracht Frankfurt.

‘Winning the Europa League and lifting the trophy, would I come back after? No. To end on that would be pretty special.

‘I’ll happily come and watch the Champions League games with the Europa League trophy on the next chair.’

Noble has seen his game time limited this season as the Hammers have more than punched above their weight in the Premier League and taken their fans on a memorable European journey – beating Lyon and Sevilla in the process.

The midfielder could take up a football executive position at the end of the 2021-22 season and he admitted he’s appreciated a different role this campaign.

‘I’ve enjoyed it. We’ve got a group pf players in the dressing room that the fans and I believe in,’ he added. 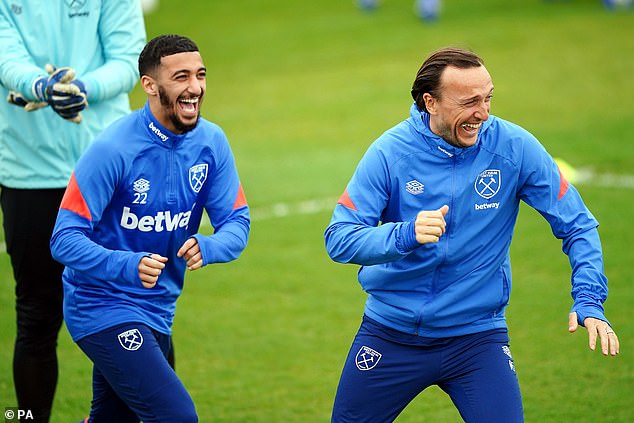 ‘I don’t play as much but I sit on the bench and I’m excited for what happens in the 90 minutes. I’ve been lucky enough that the manager has trusted me to put me on and be a part of it [against Lyon, Sevilla].’

The Hammers beat Frankfurt in the European Cup Winners’ Cup semi-final in April 1976 in what was their greatest ever victory at the Boleyn Ground.

But Noble and Co will be looking to go one step better than that side as they fell to defeat by Anderlecht in the final.

‘I’ve given my life from 11 years of age to this football club through the good times and bad times,’ he said on Wednesday.

‘There have been some tough times but the one mainstay for the last 18-19 years has been me.

‘I’m proud of that, playing under nine or 10 different managers and accumulating the number of games I have. Winning the competition would be life-changing.’ 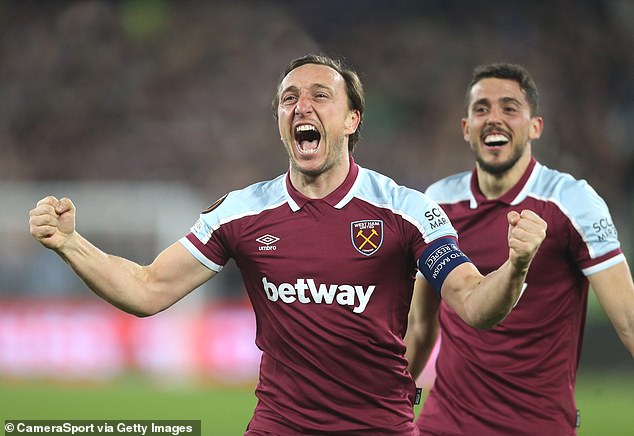