A security guard who went viral after giving a public ‘life lesson’ to a troubled youngster has been given the sack – leading to outrage from those inspired by his actions.

A video of Keith Blackburn, 49, standing in the street and telling the young man to get his life together has been watched more than half a million times since it was posted two weeks ago.

But it has now emerged that Mr Blackburn, from Wolverhampton, West Midlands, was fired after the clip went viral.

The father said he collapsed after being told he was dismissed and received his last paycheck yesterday as a result of his efforts to help the youngster.

Viewers inspired by his actions say he should work as a life coach for youths.

Security guard Keith Blackburn, 49, has been fired after he was filmed telling a troubled teenager (both pictured) to control his anger. The Facebook clip, posted two weeks ago, has been viewed more than half a million times 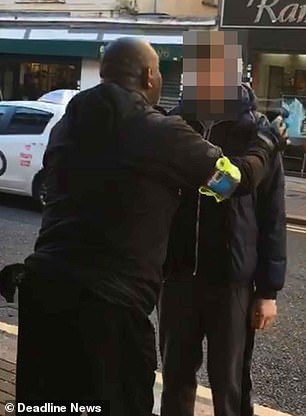 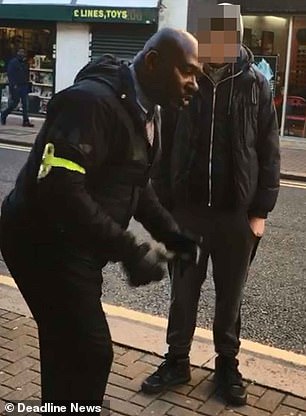 Mr Blackburn gives a public ‘life lesson’ to the youth in the West Midlands, outside the Dudley Skills and Training Centre. After hearing he had been fired, Mr Blackburn collapsed and was taken to hospital by his partner

The clip shows Mr Blackburn giving an impassioned speech to the youth outside Dudley Skills and Training Centre, in Dudley.

He tells the lad to ‘control his anger’ or he will end up in jail.

By the end of the astonishing lecture, the young man has been transformed from seething anger to calm acceptance.

The clip was posted online on November 15 and was described as a ‘beautiful moment’ by one viewer.

But Mr Blackburn revealed today that the clip embarrassed bosses at the centre and cost him his job.

Meanwhile, another security guard who filmed the video was also given the sack.

Mr Blackburn said: ‘You could see they weren’t happy about it. They think it reflects badly on the centre.

‘I got a phone call informing me of my dismissal. I’ve got a child, and now they’ve done that just before Christmas. 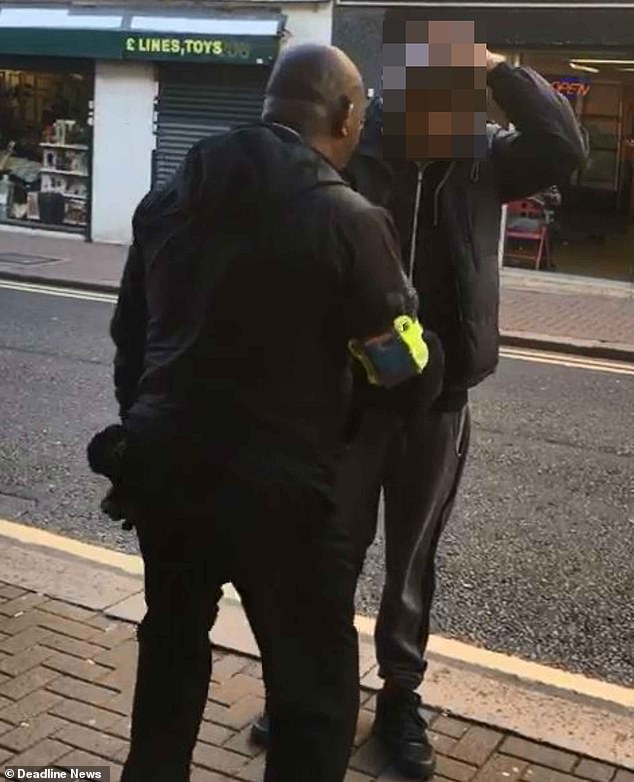 By the end of the life talk, the youth has been transformed from seething anger to calm acceptance. However, Mr Blackburn revealed today that the clip embarrassed bosses at the centre and cost him his job

‘The thing is it could have been a positive story as well. It’s a war zone here. You get kids fighting. Kids being chased around town with knives.

‘A lot of the kids are unruly and they just set them up to fail.’

Mr Blackburn, who said he was not given a reason for his sacking, collapsed after being told and had to be taken to hospital by his partner.

The news will outrage those who were moved by the clip.

Facebook users were unanimous in commending the security guard for his amazing ability to get through to the youth.

Danielle Smith wrote: ‘Well done to that man. He has probably made a difference within that young lad that could save someone one day.’

Emma Dee commented: ‘He wants to quit his job and get working with young people. He’s got a way about him that they will listen to.’

Facebook users were unanimous in commending the security guard for his ability to get through to the youth.

Helen Ryder wrote: ‘That guy should be a youth coach. Respect.’

Shelaina Palmer added: ‘We need more people like this to help people who need to change their lifestyle more positively. It goes a long way. This is a beautiful moment.’

‘We can confirm Plus Security have provided two new security personnel at our Dudley Training Centre.

‘We are not aware of the employment circumstances of the security guard featured in the video.’

A spokeswoman for Plus Security said: ‘We are aware of the situation but do not wish not to comment.’