The northwest WA town of Broome has been flooded and cut off from the rest of the Kimberley region after it was battered by a super storm that is delivering near-record rains.

Broome received a massive 449mm of rain in the 24 hours to Tuesday morning and it has continued raining heavily during the day.

Kimberley Wild Expeditions owner James Weeding filmed his large tourist four-wheel drive being driven on the Great Northern Highway near Broome, surrounded by what looks like an ocean.

‘I think the white line is over here? Yep, we’re in our lane.’ 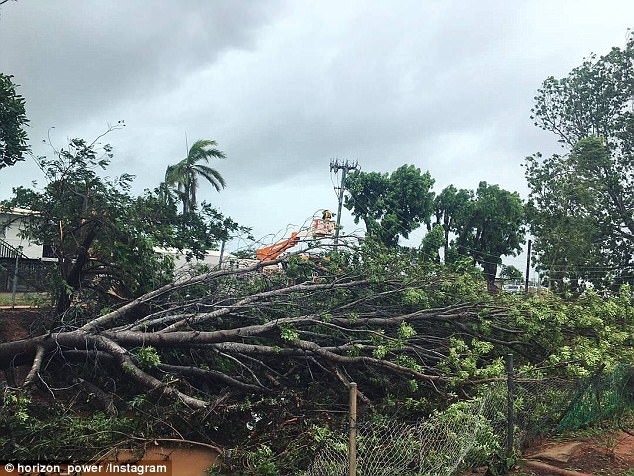 The ferocity of the storm shocked residents, given it was more damaging than two recent cyclones that affected the town.

Trees weakened by the two recent cyclones were blown over and hundreds of homes and business lost power due to damaged powerlines.

This weather event, which qualifies as a tropical low but not a cyclone, is expected to produce similar damaging weather and be a threat to homes until it moves south and eases on Wednesday afternoon.

Wind gusts of more than 100km/h have been recorded, and the main street of Broome was also flooded.

Broome had received 858.4mm to Tuesday morning when it was still raining, compared to a January average for the whole month of 183.4mm.

The Northern Territory’s Daly River community has also been covered in water, with high flood levels  expected to remain for nearly a week in some parts with several hundred residents evacuated to Darwin. 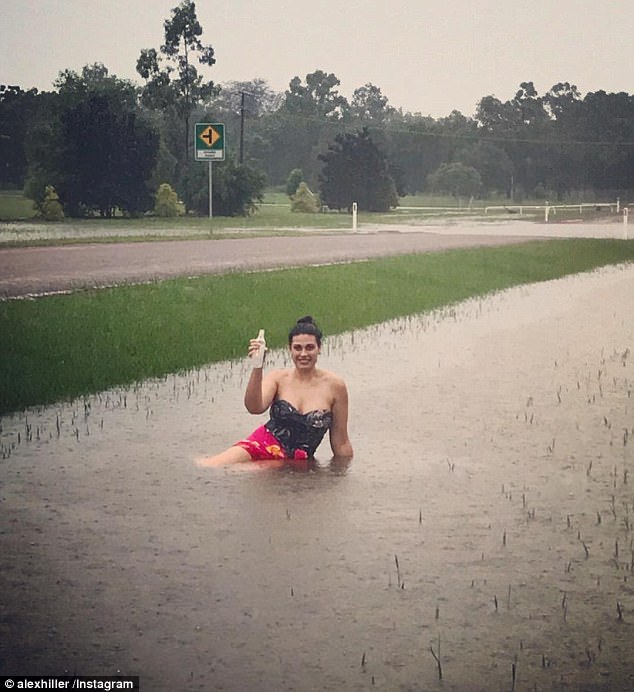 One woman who remained in a flooded area of the Northern Territory chose to make the most of the wild weather, and took a dip on a nearby road 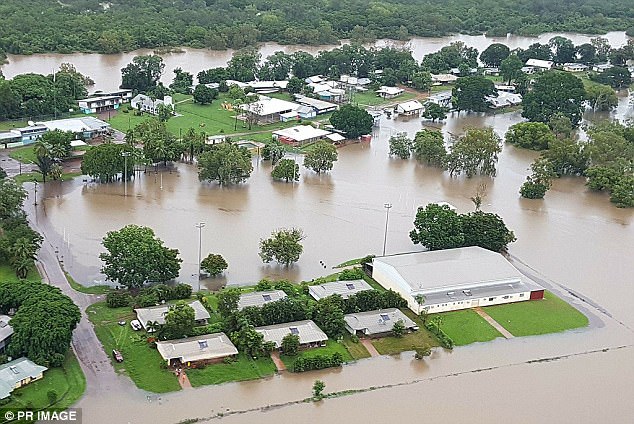 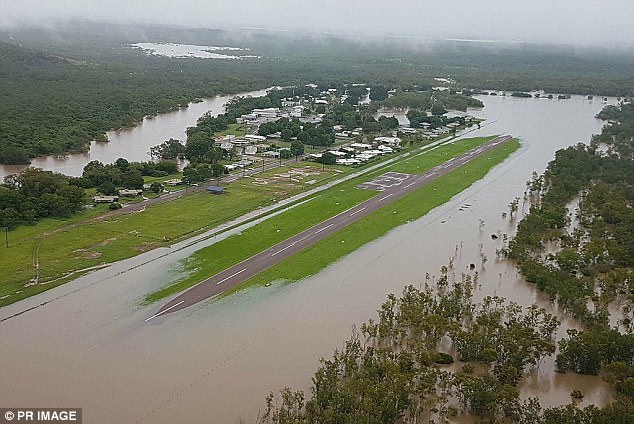 The area has been inundated with 500mm of rain over three days lifting the Daly River to major flood levels, and turning roads into rivers.

Residents are seen taking a dip in the flood water, and entire towns have been submerged in the river in images shared to social media.

Northern Region Emergency Controller Assistant Commissioner Matthew Hollamby said 280 people had been flown by helicopter safely from Daly River and were in the process of being bused to an evacuation centre at the Darwin showgrounds.

‘At this stage we expect the Daly River to remain at a major flood level until at least Monday next week,’ Mr Hollamby said. 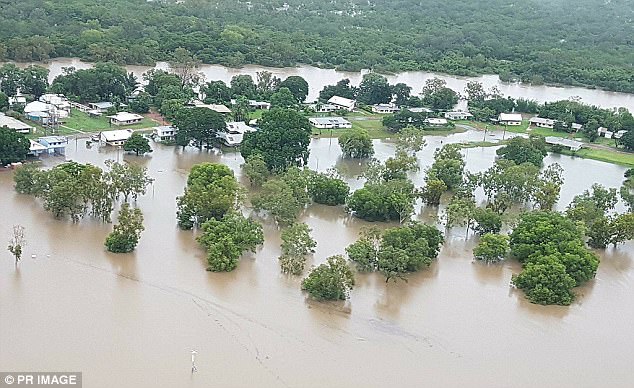 Authorities had previously said around 380 residents were at risk, with some residents already self-evacuating.

The area had been on stand-by for several days after monsoonal rains caused by a vigorous westerly flow over the Timor Sea battered the Top End.

The rains prompted a severe weather warning for Darwin and a flood warning for the Adelaide and Katherine rivers.

A severe weather warning was also issued for the Tiwi Islands and parts of Arnhem Land.

Residents in Darwin and some rural areas were warned to prepare for localised flooding in the coming days, with authorities providing sandbags.

A Recovery Assistance Hotline has been established and anyone with questions should call 1800 700 250.