The winning ticket for the Oz Lotto draw was purchased at Dog Swamp Newsagency in Yokine, in northern Perth.

Despite winning huge amounts of cash, the couple said they plan to start their splurge with some some simple luxuries.

‘Maybe a drive down to the beach with some pizza or Chinese takeaway,’ they said.

The winner did not register their contact details when they purchased the ticket and could have lost it all if they forgot to check their numbers.

‘I saw there was a winner at Dog Swamp on social media but didn’t think anything of it until I heard it on the radio the next day,’ they said.

‘It was like the world was trying to tell me to check my ticket.’

The couple are one of ten division one winners who picked up $2million each in Saturday’s TattsLotto draw 4071.

A pair of colleagues from Victoria were among the winners and were delighted when they found out they had scored $2million.

The man from Traralgon said he bought the ticket with his female colleague and only discovered the win once they were in the office.

‘We’re both still in shock. It will be hard to concentrate for the rest of the day!’ 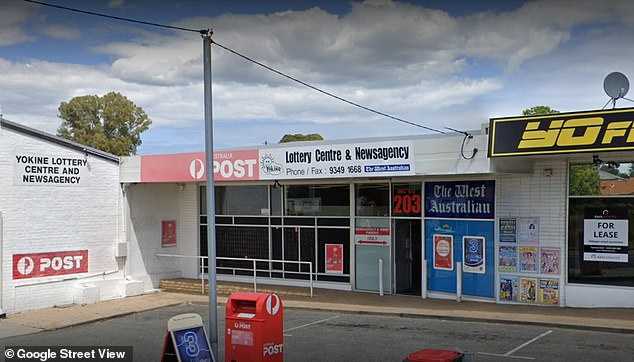 The WA couple’s ticket was purchased at Dog Swamp Newsagency in Yokine, in northern Perth

The man said while he plans to keep on working it was a different story for his coworker.

‘I’ll definitely use my share to pay off my mortgage,’ he said.

‘I’ll keep working, but my workmate is going to retire with her share.’