Western Australians have been hit with 28 aftershocks and more are expected following Sunday’s 6.6 magnitude earthquake off the northwest coast.

The earthquake – the strongest to ever hit the state – struck at 3.39pm on Sunday off the coast between Port Hedland and Broome in the Indian Ocean, according to GeoScience Australia.

There have so far been 28 recorded aftershocks clustered near the site of the original shake, ranging in strength from 3.4 to 5.5.

The earthquake occurred at 3.39pm on Sunday off the coast of Broome in the Indian Ocean with so far 28 aftershocks recorded in clusters around the original site (pictured)

Despite the earthquake hitting offshore, experts said there was no chance of a tsunami impacting the mainland or nearby islands.

The earthquake on Sunday was felt by residents in the Kimberley region through to Pilbara with the coastal town of Broome hit the hardest.

Shoppers at Woolworths reported items flying off the shelves in stores and smashing on the ground while and others could be seen rushing out of buildings in a mad panic.

Shoppers said the complex was closed over concerns about the underground car park until it was assessed to still be safe. 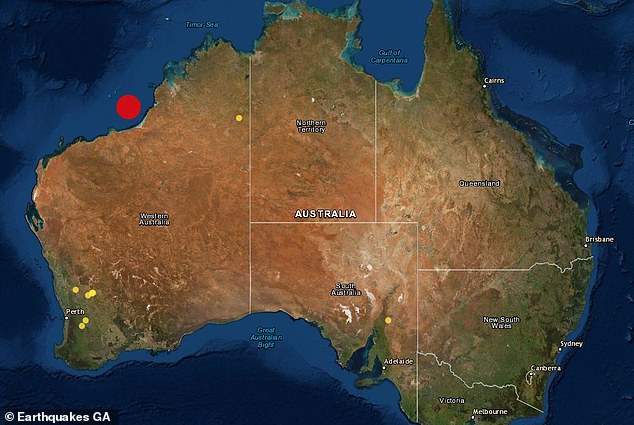 The earthquake on Sunday was the strongest recorded since October 14 1968 when a 6.5 magnitude earthquake devastated the town of Meckering leaving family homes and infrastructure destroyed 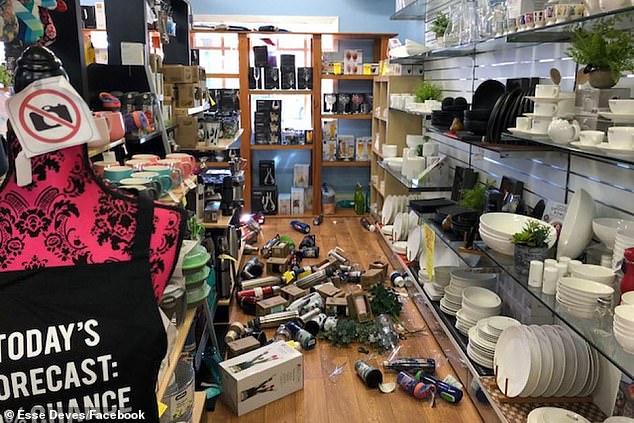 There have so far been 28 recorded aftershocks clustered around to the original site recorded from a magnitude of 3.4 to 5.5

Matso’s Restaurant, attached to the famous Broome brewery on Hamersley St, was evacuated as the area ‘shook like crazy’.

‘It started off with a shake, it was not too crazy and then it developed into quite a shake,’ he said, after experiencing his first earthquake.

‘It was quite nerve-racking. We made our way outside. It was not too strong, it almost felt like when you are in a car and the wind is a bit strong, and then it started picking up.’ 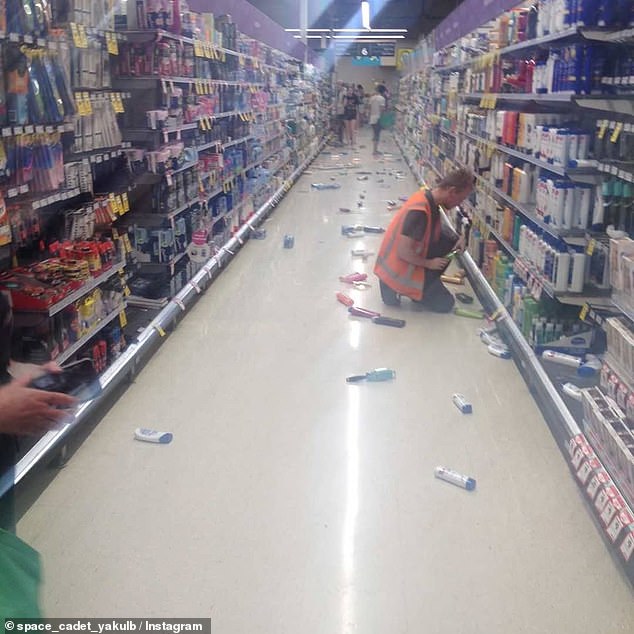 Another Broome woman said she felt the quake rattle her home.

‘Wall hangings fell and everything was moving. My heart is still racing,’ she said.

‘Never thought my first earthquake would be in Broome, I thought it was a big plane or steam roller going by,’ another man said.

The earthquake was felt as far away as Perth where the Intensive Care Unit at Sir Charles Gairdner Hospital shook for about a minute.

‘The building was rocking and the blinds were moving – pretty scary,’ a patient on the seventh floor told Daily Mail Australia. 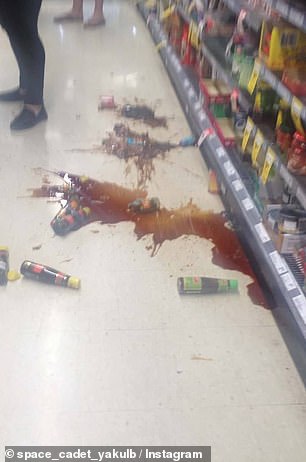 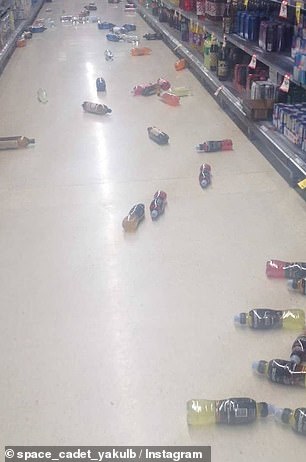 Others said entire apartment buildings in Perth’s suburbs shook for as long as three minutes during the earthquake.

Shift workers were roused from their beds when everything in their rooms started to move.

Closer to the epicentre, mining workers said the quake was so violent they thought heavy machinery was being used nearby.

‘Felt this in my donga, thought the camp were using a roller or compactor,’ one said.

‘Here in Karratha I thought something was coming out of a ceiling vent on back patio then whack earthquake,’ a second said.

A third said high-visibility gear was ‘flying off the shelves’ when the quake struck his site.

Over in Port Hedland, The Walkabout Hotel employee Shelley described the impact of the quake.

‘It felt like being on one of those vibrating machines. It just sort of shook the building,’ she said, adding a colleague thought it was a jet from the neighbouring international airport taking off.

The Roey Hotel employee Cindy said she saw cars moving in the earthquake.

‘I was outside and I just saw the cars moving. It was a bit scary. You could see them moving. A few things fell off the walls onto the floors,’ she said.

‘It just went for a few seconds.’