Westfield shopping centres have increased security to make sure shoppers are adhering to social distancing measures.

More security guards and police officers have been spotted at two Westfield shopping centres in Melbourne.

Victorian Police also conducted a social distancing operation at Chadstone Shopping Centre, approaching shoppers who were not complying or sitting down to eat instead of having a takeaway meal.

Police interrogate a shopper at Westfield Miranda. Security guards and police have been increasingly present at shopping centres in both Victoria and NSW in recent days

In Westfield Fountain Gate, impatient shoppers have been ignoring signs and entering stores through exit points instead of lining up.

Parent company Scentre Group did not say if security had been beefed up but did say that retailers were expected to erect signs showing how many customers were allowed in store.

Westfield Fountain Gate was previously dubbed the ‘most unsafe’ shopping centre in Victoria last year following a string of robberies and a stabbing at a nearby park.

Meanwhile in Chadstone, some shoppers have been ignoring social distancing laws and sitting down to eat rather than having their meals to takeaway. 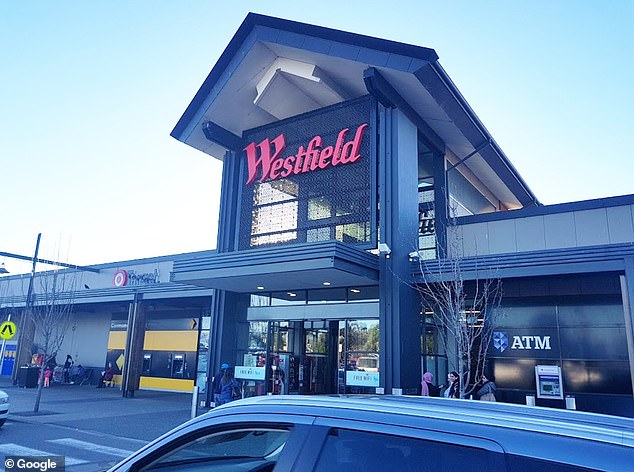 Victoria Police approached shoppers who were not complying and told them to move on during an operation last weekend.

A Victoria Police spokeswoman confirmed police and PSOs have been deployed at Westfield Fountain Gate and Chadstone Shopping Centre.

‘These patrols are part of our business-as-usual approach to ensuring community safety with a key focus on crime prevention and high visibility policing in high-risk locations,’ she said.

‘Whilst the primary purpose of these patrols are to ensure community safety, police can issue infringements to anyone that breaches directions given by the Chief Health Officer.’ 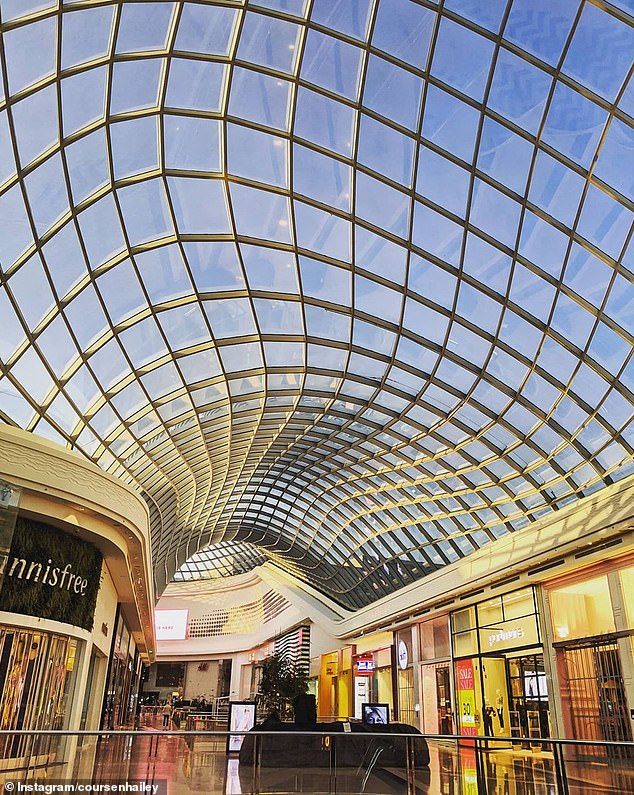 In Chadstone (pictured), some shoppers have been ignoring social distancing laws and sitting down to eat rather than having their meals to takeaway. Police approached shoppers who were not complying during an operation last weekend

Last month, NSW Police conducted a social distancing compliance sweep through a Westfield Miranda in Sydney’s south, demanding shoppers justify why they were out.

A NSW police spokesman confirmed officers were patrolling the centre, but wouldn’t say if anyone was fined during the operation.

NSW Police officers are patrolling all shopping centres across the state to enforce social distancing measures.

In addition to security, Westfield shopping centres also have hand sanitiser available at concierge desks and other locations.

On Westfield’s website, the company said it applied the ‘highest standard of cleanliness and hygiene across our Westfield centres’.

‘We have increased the routine cleaning of frequently-touched hard surfaces, including in car parks. We expect our retail partners to apply the same principles to their cleanliness and hygiene.’ 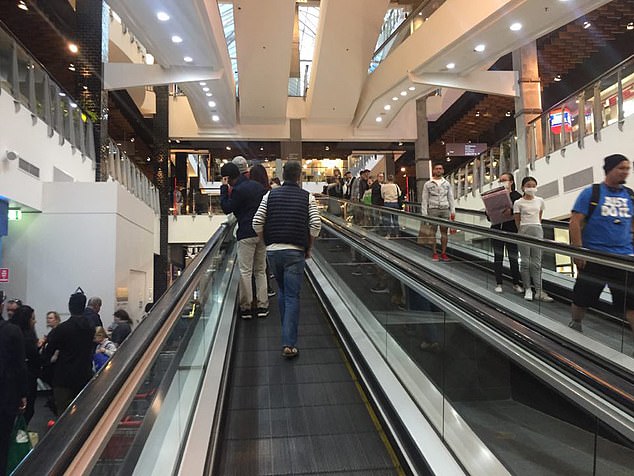