WestJet flight being evacuated after cabin fills with smoke

A small commuter plane carrying four dozen passengers traveling from Vancouver to the nearby city of Nanaimo on Tuesday afternoon had to be evacuated after the cabin filled with thick smoke.

The incident was captured on a GoPro camera that was on-board WestJet Encore Flight 3161.

The two-minute video shows the interior of the Bombardier Q400 twin turboprop plane with 56 passengers and two crew members on board becoming hazy with grey smoke.

Eventful flight: WestJet Encore Flight 3161 was traveling from Vancouver to Nanaimo, British Columbia, when in the final minutes of the 17-minute flight the cabin filled with smoke 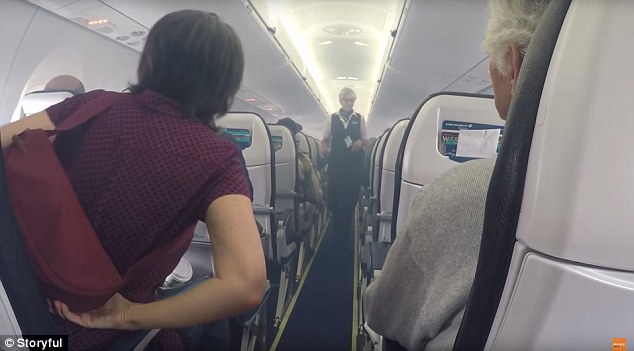 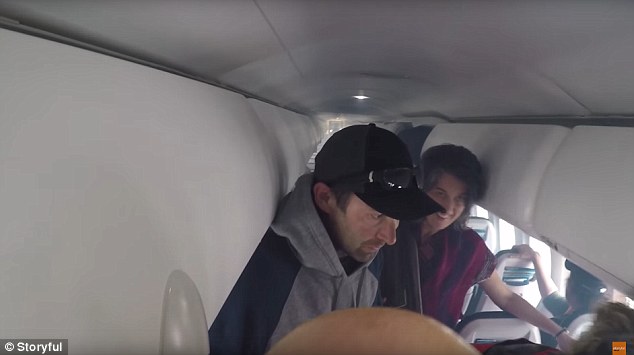 The incident occurred at around 12.30pm as the plane traveling from the Vancouver International Airport was about to land at the Nanaimo Airport on Vancouver Island – a flight that typically takes about 10-15 minutes.

The footage shot inside the aircraft shows a flight attendant walking down the aisle and instructing passengers, ‘leave everything,’ as an alarm is heard blaring in the background.

Travelers then get up to leave, but a voice over the intercom reassures them that ‘the boys have everything in control’ and promises to let the passengers know if an emergency evacuation will be needed. 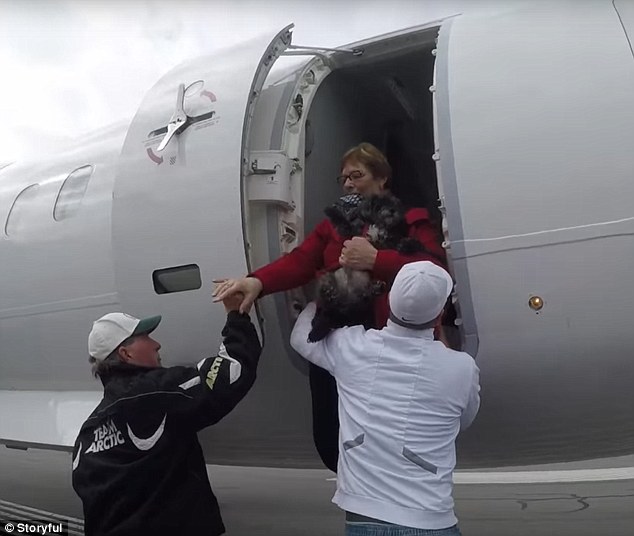 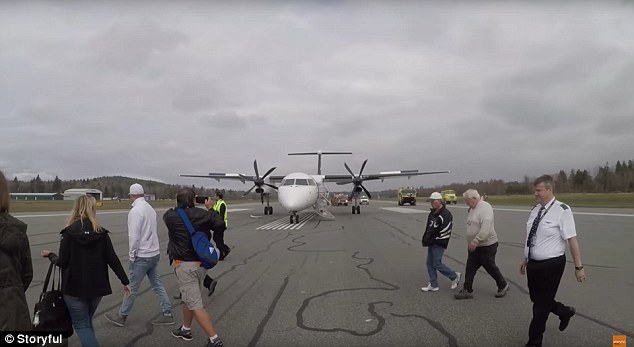 Passengers and crew are seen walking on the tarmac, away from the disabled plane 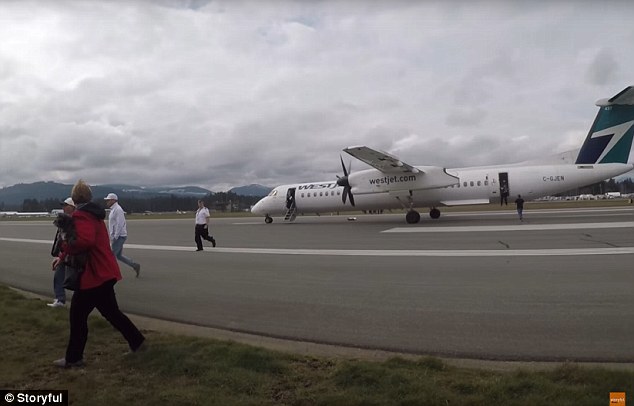 Safe distance: The video shows the group making their way to a field at the Nanaimo Airport and milling about on the grass 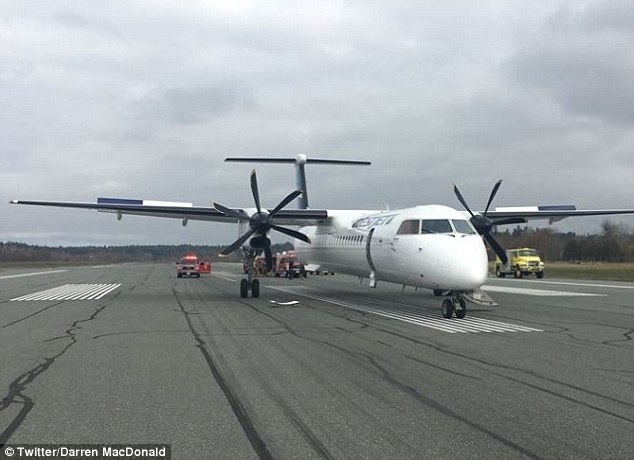 Passengers then proceed to the exits and hop off the plane one by one onto the tarmac.

The video shows the group, including a woman with a small dog in her arms, making their way to a field at the Nanaimo Airport and milling about on the grass.

One man pauses directly in front of the evacuated plane to snap a picture with his camera.

Passenger Robin Thacker told CBC that in the final four-five minutes of the short flight, the smoke became so thick that those sitting in the back could not see the front row.

‘No masks dropped down and they just told us to breathe through our clothes,’ he said, adding that crew members appeared worried.

A spokesperson for WestJet said the pilot declared an emergency and landed the plane safely, reported The Globe and Mail. Everyone left the plane within minutes and no injuries were reported.

After landing in Nanaimo, the flight was supposed to continue on to Comox before returning to Vancouver, but the plane remained grounded.

The Transportation Safety Board of Canada stated that it is deploying a team of investigators at the Nanaimo Airport to gather information and look into the incident involving Flight 3161.