Tributes for Westminster journalist affectionately dubbed ‘Gobby’ who became thorn in side of countless ministers as he covered Downing Street for decades as he dies, aged 61

A Westminster journalist affectionately branded ‘gobby’ by his peers has died at the age of 61.

Paul Lambert was revered by journalists and politicians alike who knew him for his booming voice and cries of ‘Are you going to resign?’.

His daughter Danni revealed yesterday he took his own life and said the family were ‘devastated’.

Tributes have flooded in since news of his death, with BBC political editor Laura Kuennsberg describing him as a ‘fixture of politics’

He started out working as an electrician before moving into journalism. He was based on Downing Street for the BBC where he was often heard ‘shouting’ at ministers as they went about their daily business.

Mr Lambert left his job in broadcasting in 2014 to become communications director for UKIP.

Tributes have flooded in since news of his death, with BBC political editor Laura Kuennsberg describing him as a ‘fixture of politics’. 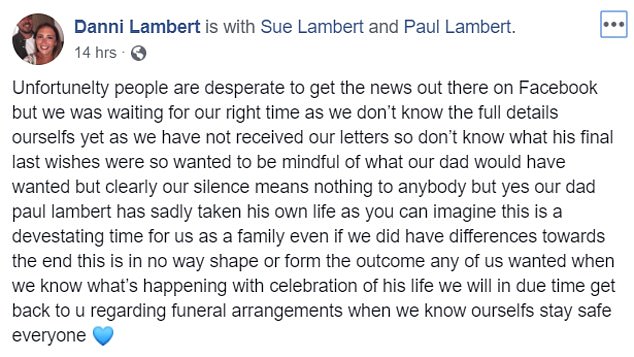 She tweeted: ‘A fixture of politics and a friend of everyone for so long – such sad, sad news tonight.’

Jeremy Vine posted: ‘I’ve only just heard this news and I’m gutted. Paul was an amazing guy, wonderful to work with at Westminster, famous for shouting ‘Will you resign’ and many other things at ministers. RIP mate.’

Sky’s Sophy Ridge tweeted: ‘I remember being warned when I was doorstepping for Sky that if I wasn’t in the same place as Paul Lambert (Gobby) then I was probably in the wrong place… what a legend.’

For confidential support 24/7 in the UK, you can call Samaritans on 116 123 or email Jo@Samaritans.org 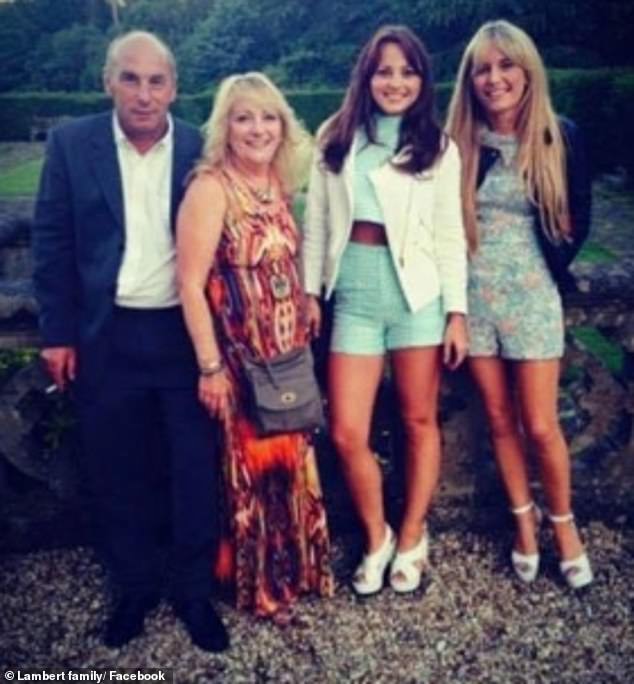 His daughter Danni (pictured with her mother, father and sister) revealed yesterday he took his own life and said the family were ‘devastated’