A major bank has halved its property price growth forecast for next year and is now bracing for prices to fall in Australia’s biggest cities as lending rules are tightened.

As recently as February, Westpac predicted prices in Australian capital cities would surge by 10 per cent in 2021 followed by a 10 per cent increase next year.

But on Tuesday, Australia’s second biggest bank revised its forecast to have prices grow 15 per cent this year, but slow to just 5 per cent in 2022 as the banking regulator tightened rules on investor loans.

Sydney, Melbourne, and Hobart were expected to grow at a 5 per cent pace next year, before prices in 2023 fell by 1 per cent in both the NSW and Victorian capitals.

A major bank has halved its house price growth forecast for next year and is now bracing for prices to fall in Australia’s biggest cities. Sydney prices were expected to grow by just 5 per cent in 2022 and fall by 1 per cent in 2023. Pictured are houses at Kellyville

Hobart’s growth pace was tipped to slow to just 3 per cent in 2023.

Brisbane property prices were expected to grow by 10 per cent next year before slowing to 4 per cent in 2023.

Perth and Adelaide were tipped to slow to 8 per cent growth in 2022, as property prices increases in 2023 moderated to 4 per cent and 3 per cent, respectively.

‘As investor activity lifts and becomes a more prominent driver of the market, regulators are likely to become more uneasy,’ he said.

‘On balance we expect these mechanisms to see price growth moderate from the very strong rates seen since the start of the year.’

In early April, the Reserve Bank of Australia’s Financial Stability Review the Reserve Bank warned that more borrowing activity could see ‘a deterioration in the average quality of new lending’.

The RBA vowed to keep interest rates on hold at a record low of 0.1 per cent until at least 2024.

But stricter lending rules from the Australian Prudential Regulation Authority, the banking umpire, have the potential to spark a downturn, as they did between 2017 and 2019. 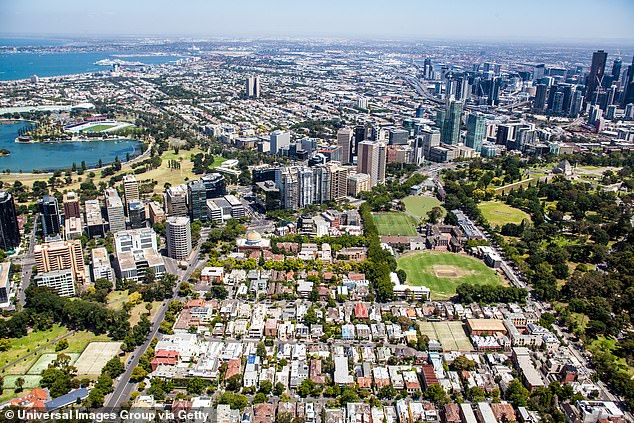 Mr Evans noted investors were returning to the housing market in greater numbers but unaffordable prices would be likely to deter owner-occupiers.

Sydney’s median house prices soared by 4.3 per cent in just one month, a growth level unseen in 32 years, to an even less affordable $1.112 million.

Between November and March, Sydney’s mid-point house prices rose by 11 per cent.

‘Owner occupiers are more sensitive to affordability than prospects for capital gains, and vice versa for investors,’ Mr Evans said. 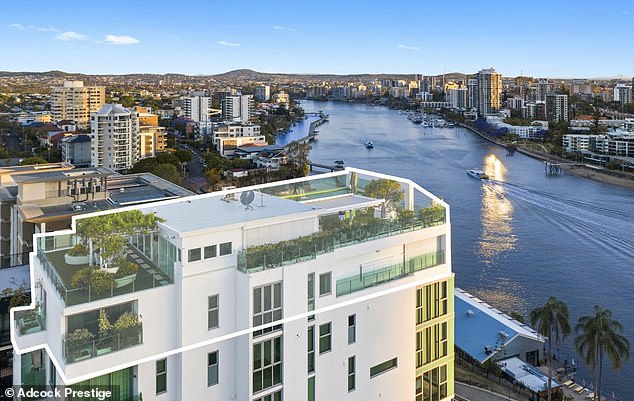 Brisbane property prices were expected to grow by 10 per cent next year before slowing to 4 per cent in 2023. Pictured is the Brisbane River from New Farm

On Monday, Janus Henderson Investors head of fixed interest Jay Sivapalan told Daily Mail Australia that house prices were likely to surge by 15 per cent in 2021 but growth would slow to between 5 and 10 per cent next year as the banks started raising their variable mortgage rates.

‘The outcome will be a slowing down – the rising of house prices – as opposed to a fall in house prices,’ he said.

From July, the banks are losing access to the RBA’s $90billion Term Funding Facility, a program announced in March last year to finance cheap loans amid the Covid shutdowns.

Before Westpac updated its forecasts, AMP Capital chief economist Shane Oliver was predicting 15 per cent property price increases in 2021 and 5 per cent rises in 2022 before the market peaked in 2023 as the Reserve Bank of Australia raised interest rates a year earlier than promised – ‘which will start to put a brake on things’. 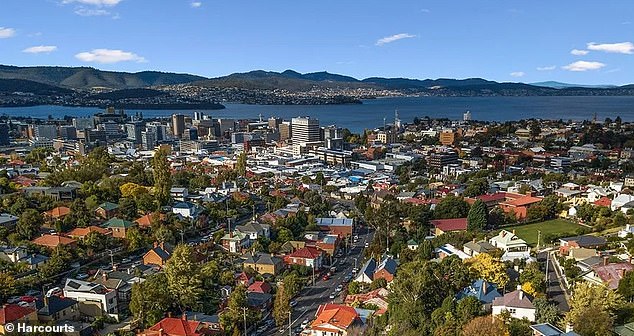 Hobart’s growth pace was tipped to slow to just 3 per cent in 2023, following a subdued 5 per cent growth pace in 2022