By Peter Lloyd and Joe Pinkstone For Mailonline

Whales change their tune regularly in order to keep it simple for their pod to remember, experts have revealed.

Every few years the songs performed by the humpback creatures are ditched in favour of more basic alternatives.

Experts say this is the mammal’s version of a re-set button and ensures that the anthemic melodies remain easy for their community to remember.

Scientists from the University of Queensland and St. Andrews University, Scotland, call this ‘a cultural revolution’ after studying the species for 13 years.

Whales change their tune regularly in order to keep it simple. Every few years the iconic songs of the humpback whales are ditched for more basic versions (stock)

Focusing on 95 male humpbacks from east Australia, the research revealed that gradual song changes naturally stem from individual creatures but are quickly learned by the rest of the group.

This, experts say, is partly because they animals have a limited learning capacity.

Moreover, it’s easier for them to gradually amend and re-learn existing melodies as opposed to creating and reciting brand new ones.

‘Complexity increased as songs evolved over time, but decreased when revolutions occurred. No correlation between complexity and entropy suggests [it would] allow males to stand out amidst population-wide conformity.

‘The consistent reduction in complexity during song revolutions suggests a potential limit to the social learning capacity of novel material in humpback whales.’

The findings are published in the journal Royal Society Proceedings. 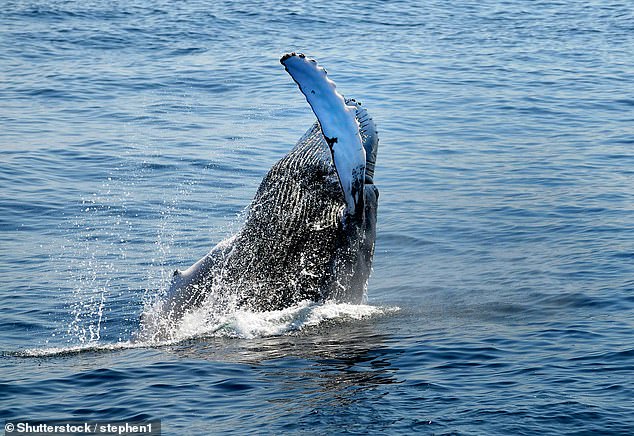 Scientists from St Andrews University in Scotland studied male humpback whales over 13 years. They found the signature songs of the species change steadily over time as they become embellished (stock)

The data comes just five months after scientists at the University of Buffalo claimed that whales sing as a form of echolocation – rather that to attract a mate.

The team, led by Eduardo Mercado III, said that – contrary to popular scientific opinion – animals are actually ‘building up a picture’ of their nearby surroundings by analysing the audio.

‘They’re trying to create a scene that would not be there otherwise. When they create these echoes it’s like shining a searchlight in the dark,’ Mercado said.

WHALE SONG: WHAT WE KNOW

For a long time it was believed that whales sang solely for mating purposes.

But some experts suggest the songs also help the mammals explore their surroundings.

Researchers have recorded humpback whales changing their calls when they move to new pastures in order to match the songs of others around them.

Learning these songs may help whales pinpoint one another and group together better when in unfamiliar waters.

It is tricky for scientists to study how whales sing, as the shy beasts are notoriously difficult to observe, and each species vocalises differently.

Humpback whales sing using folds in the vocal box that vibrate at low frequencies as air is pushed over them.

It has been suggested they have special air sacs adjoining these vocal chords which connect to the lungs.

These allow the whales to pass air between their lungs, the sacs, and the vocal chords without losing any of their precious air supply