What a transformation! The TV makeover is back… with more empathy

The TV makeover has been given a new look. While the first wave of programmes was often brutal in the name of entertainment, now the shows chime with our more touchy-feely times, says Stuart Husband

Earlier this year, a new series debuted on Netflix. Well, it wasn’t new, exactly; Queer Eye is a rebooted version of Queer Eye For The Straight Guy, a makeover show that ran in the early noughties in which a Swat-style quintet of gay men swooped into a hapless heterosexual’s life and transformed him, if not into a new man then at least one who might think twice before donning shapeless cargo shorts and persisting with a straggly mullet.

As was traditional with makeover shows of that era, the love that was dispensed tended to err on the tough side, and was accompanied by generous side orders of snark. ‘It looks like you’ve used each disposable razor about 1,500 times’, or ‘these pants smell like 10,000 locker rooms’ were not untypical comments before the subject, freshly tweezed and reupholstered, was left to stammer his grateful thanks.

Fast forward a decade or so, and those sitting down to Queer Eye hoping for more of the supercilious same soon discovered that the show had undergone its own metamorphosis. While wardrobes were still riffled and man-caves brightened, the focus was as much on interior lives as exterior trappings.

Tom, the self-confessed ‘ugly redneck’ of episode one, wanted help in trying to win back his ex-wife, while AJ, the semi-closeted assistant manager of a sofa store in episode four, was advised not only to stop wearing nerdy button-downs, but was also told, by the show’s culture maven/chief therapist Karamo, that he was ‘the epitome of what it is to be a strong, beautiful, black gay man’.

There was a lot of hugging, plenty of learning and a not inconsiderable amount of blubbing. In short, the new Queer Eye is woke. ‘It wants to wrap Black Lives Matter, toxic masculinity, self-care, prejudice and how to choose a good patterned shirt, all inside the safe, affirming cover of a reality-TV makeover series,’ according to an editorial in New York magazine. 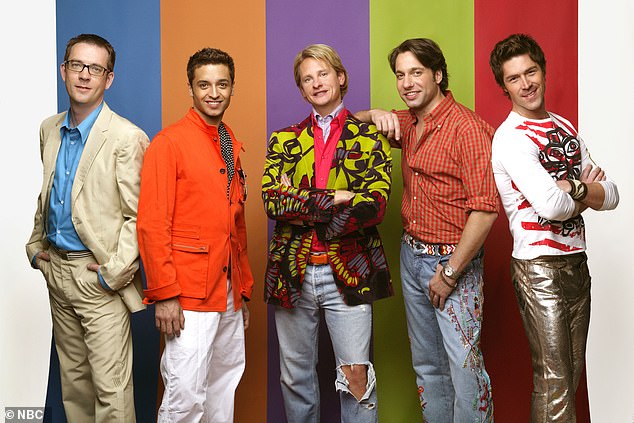 It’s safe to say that this wasn’t the criterion for the raft of original makeover shows – from Changing Rooms and Ground Force to 10 Years Younger and What Not To Wear – that cut a swathe through the TV schedules in the late 1990s and early noughties and gripped whole families, who were desperate to see the final transformations of the shows’ subjects, whether a poky semi, scrappy garden or a menopausal mum.

They established the likes of Trinny Woodall, Susannah Constantine, Laurence Llewelyn-Bowen and Alan Titchmarsh as paramount tastemakers, and seemed to suggest that enlightenment could be jump-started by a boob job and chemical peel, a low-waisted bootcut jeans/poncho combination, or a house and garden filled with faux gold leaf and decking. They weren’t so much touchy-feely as, well, pushy-pully.

But the past is another country – even if it was only 20 years ago. Tony Blair arrived at Number 10 in 1997 with the words: ‘A new dawn has broken, has it not?’ before ushering in the era of Cool Britannia. In the post-style-magazine but pre-internet age, why couldn’t a slew of experts help everyone join the party – and create cheap, undemanding and maybe even aspirational TV while doing so? ‘The late 1990s saw a boom in the kind of programme that traded in a big “reveal” of the transformation of a person, or their home, and the whole thing was highly artificial,’ says Annette Hill, professor in media and communications at Lund University in Sweden, and the author of Reality TV.

‘Personas were larger than life on both sides; experts were loud and controversial while ordinary people were expected to burst into tears or have tantrums when they were confronted with the contrast between the “old” and “new” them, or their living room, or their back garden.’ This wasn’t so much about a ‘journey’ as it was a quick fix – and it made great TV.

Trinny and Susannah’s outsized personas on What Not To Wear, which was compulsive viewing when it premiered in 2001, resembled the kind of boarding-school cool girls who brooked no opposition, stripping their charges, placing them in a stark 360-degree mirrored dressing room and piling most of their wardrobes into bin liners.

There was much talk of ‘empowerment’ (and use of adjectives such as ‘podgy’ and ‘saggy’) and much of their fashion advice now inevitably looks so retro it’s practically current (black should be banished except for ‘high occasions and funerals’; bomber jackets are ‘sooo unflattering’; G-strings ‘give the VPL freedom’). 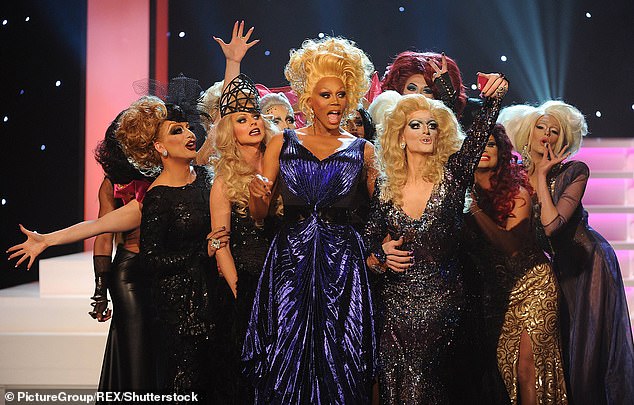 On paper, the format of 10 Years Younger was even starker. The series, beginning in 2004, asked viewers to guess its subject’s age, which would invariably be a good deal older than their actual age; then, with a barrage of treatments including facelifts, laser therapy, teeth whitening, blepharoplasty and breast enhancement, they’d be resubmitted for evaluation.

‘Simon looked like a tramp; he’d been a triathlete who’d fallen off the wagon and lost his confidence. But when his beard came off…OMG…he looked hot. I even set him up on a blind date with a friend. And Marilyn had a sunbed addiction that left her looking haggard. But after we were through with her, she said it was like starting over.’

Hambleton-Jones herself fell victim to the inexorable logic of the show when she was replaced after five seasons by Myleene Klass, seven years younger. The home makeover shows coincided with the early-noughties property boom and went for maximum impact with, sometimes, minimum consideration: ‘It was car-crash telly,’ said Carol Smillie, one of the presenters of Changing Rooms, which ran from 1996 until 2004, ‘and the public was often agog at the brutality of it.’

The show’s odd-jobber, ‘Handy’ Andy Kane, became the go-to guy for MDF board (such was the programme’s devotion to the material that the presenters performed YMDF, a ‘YMCA’ parody, on Children In Need) while Laurence Llewelyn-Bowen, Anna Ryder Richardson and Linda Barker indulged their wildest interior fantasies.

But for everyone who humoured their new zebra-skin sofas and purple drapes, there were unsatisfied customers, such as the woman whose teapot collection was demolished after Barker’s backlit shelving units proved unequal to its weight, or the woman who wept after Llewelyn-Bowen gave her dining room a ‘Queen Anne’ ambience: a ‘flagstone-effect’ floor, plum walls, a mock fireplace and portraits of herself and her husband as Nell Gwyn and Samuel Pepys.

Ground Force (1997-2005), meanwhile, brought fiddly willow fences, pebble pools and ornamental grasses to suburban back gardens, used the term ‘water feature’ with abandon, and ensured that vast tracts of British garden vanished under decking, now acknowledged as a rat-attracting scourge but then regarded as the ultimate quick fix. ‘I do feel a bit bad about decking, but you’ve got to remember that we’re talking about the mid-90s,’ said Alan Titchmarsh in an attempt at mitigation. ‘I have no doubt that when I’m put in the ground they’ll deck my grave.’ 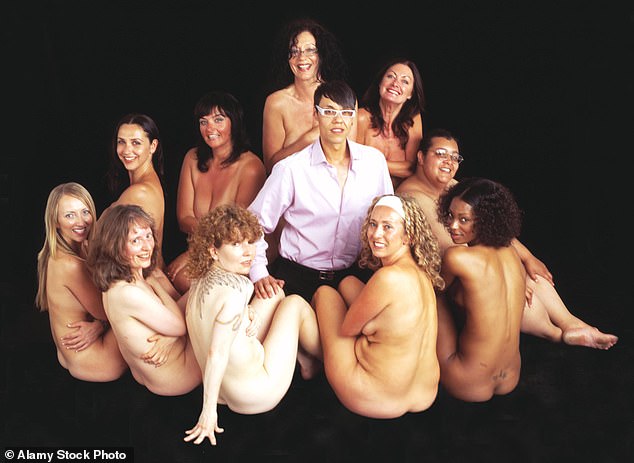 Perhaps it was the advent of Gok Wan, in 2006, that started the makeover show’s own journey toward the principles of ‘self-care’. How To Look Good Naked still had all the restylings, but Wan added a radical element – empathy – to the mix. ‘He’s all hugs and encouragement,’ marvelled a TV review, and those have been the watchwords for every successful makeover show since, from Nick Knowles’s DIY SOS: The Big Build (a community rallies round to help a family in need) to the new Queer Eye, which has been renewed for a second season.

‘These shows now have a focus on positive emotional engagement,’ says Annette Hill. ‘With so many polarised spaces at the moment, on the internet and elsewhere, they take a more holistic approach to lifestyle, identity, home and family, and engender feelings of understanding and caring for others.’

It seems that, somewhere along the way, makeover shows stopped being about transformation and started being about acceptance. And that could well turn out to be the biggest ‘reveal’ of all. 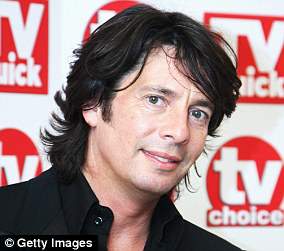 YOUR HOME IS NOT ALWAYS YOUR CASTLE

Of the questionable ‘Queen Anne’ makeover, he says: ‘I thought she would like it. I was very upset when she didn’t. I had to retire to my chaise longue for four days, smoking Turkish cigarettes and eating chocolate.’ 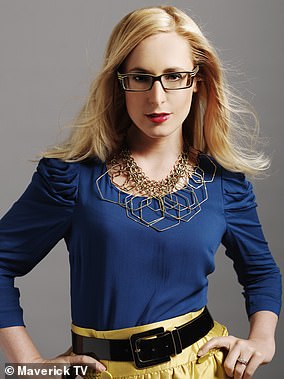 ONE TO GET YOUR TEETH INTO (OR NOT)

‘When I met Pandora Ankers I thought, “How on earth are we going to transform this one?” A lifetime addiction to cigarettes, sunken face, teeth… what teeth? But we always loved a challenge, and the tough time Pandora had had in her life made it more worthwhile. Her transformation was very emotional. I hope she found happiness after the show.’ 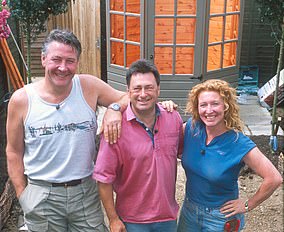 A letter from a fan read, ‘Is it possible that we could see you in cycling shorts so we can salivate over your thunderous thighs?’ he recalls. ‘That’s when I stopped the mail coming to our house.’

ALWAYS CHECK UNDER THE BED 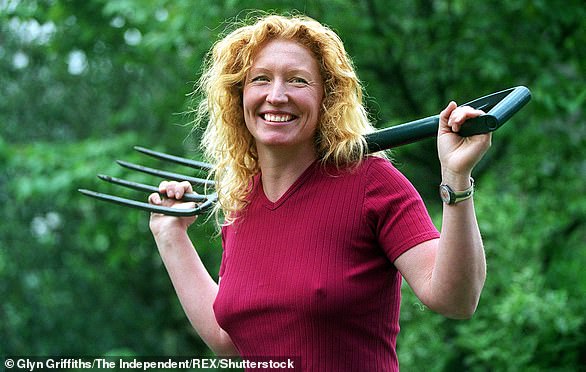 SIZZLING IN THE SHRUBBERY

‘The sex symbol thing was completely ridiculous. I started Ground Force when I was 33 and I hadn’t been sexy until that point so I don’t know how I would suddenly become sexy.’

THE GREAT FALL OF CHINA

‘I put up some shelves to display a woman’s precious teapot collection. I had gone outside when I heard this terrible crash and realised that the shelves had collapsed, smashing every single piece in the process. She was nice about it but it was horrendous – my blood ran cold and it still gives me nightmares.’