What Christmas really does to your body and brain

Indulging in a little extra food over the Christmas holiday period is a given for most.

And despite the fact over-eating, and in some cases, over-drinking, can be rationalised, in the days following both play havoc on the brain and body.

Speaking to FEMAIL, Sydney-based dietitian and exercise physiologist Gabrielle Maston said though over-eating is a given on celebratory days, the period is not carte blanche to go all out with no thought as to the consequences.

Here, FEMAIL looks at the impact of too much food on your body and brain, as well as some simple ways to reset to start the New Year afresh.

THE EFFECTS OF TOO MUCH FOOD ON THE BRAIN

If you’ve struggled in the days after Christmas to eat well, it may not necessarily be that your willpower is lacking.

‘When we eat really rich foods, either high in carbohydrates, sugary, fatty or salty it stimulates that part of the brain that wants more rich foods,’ Ms Maston told Daily Mail Australia.

‘So what you tend to find is that people start to get cravings again for rich food for days on end.’ 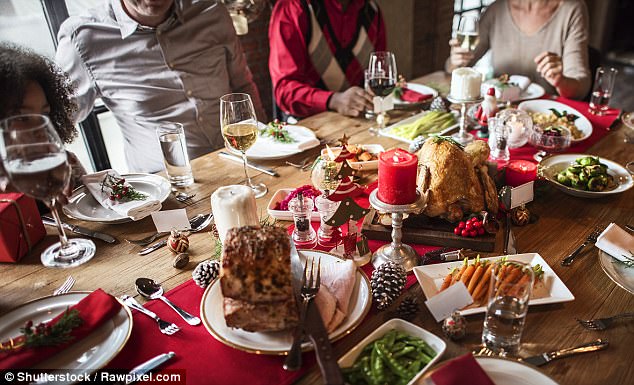 Over-indulging at Christmas: An over-indulgence of food that is too high in fat, sugar or carbs can trigger the brain into excessive food-seeking behaviors after the event (stock image)

She outlined this can lead to evolutionary food-seeking behavior:

‘In caveman times when we had to look for rich food to survive, the body would ramp up hunger signals, so we would seek and hunt for food,’ she explained.

In this day and age, she added, there’s food all around us, and it becomes very easy to over-eat.

Her recommended reset is to choose to eat blander-flavoured foods for a few days. This will tone down cravings as well as temper food-seeking behaviors.

HOW DOES OVER-EATING AFFECT YOUR STOMACH

While sitting down to larger meals over the holidays might be the norm, your stomach may not always be able to cope with significantly bigger portion sizes.

Given celebratory spreads tend to be high in fat, sugar and carbs, after you’ve eaten it’s highly likely you’ll feel sluggish, and be desperately craving a nap.

The reason why eating a heavy meal can cause that fatigued feeling is because the pancreas starts to produce insulin, which in turn leads to an increase in melatonin and serotonin – hormones that make you feel drowsy as well as happy.

The expert explained that while the body shuts down after a big meal in order to digest, there’s also a natural tendency towards relaxing when the holidays hit.

‘That leaden feeling you get after eating where you just can’t move could be a combination of digesting a big meal and de-stressing,’ Ms Maston said. 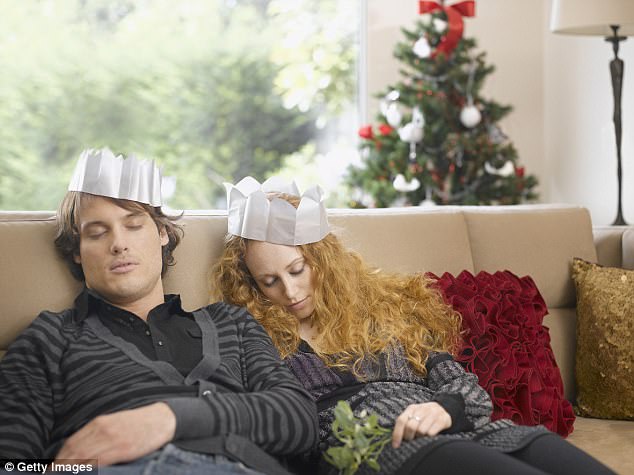 THE EFFECTS OF TOO MUCH FOOD ON BLOOD

When we eat a lot of sugary foods, blood sugar levels and insulin production ramps up which in turn causes levels of triglycerides (fats in the blood) to rise, the expert outlined.

‘This can become a problem if this is done chronically over time,’ Ms Maston said.

‘If you have a large amount of sugar and carbs coming in all the time, and if you’re genetically prone, it can lead to diabetes.’

Though a Christmas indulgence isn’t overly problematic in and of itself, ongoing binges on sugar-laden foods over a longer period, combined with extra weight gain, can put you at risk of developing health issues, Ms Maston said. The Christmas pavlova: Supersized servings can cause blood sugar levels to rise and insulin production can increase

WHAT CHRISTMAS DOES TO YOUR WAISTLINE

While it’s tempting to go into full relaxation mode over the holidays, your waistline could suffer the effects.

How to reset after a Christmas blowout?

Don’t let a blowout continue to drift, draw a line in the sand after celebrations

Use holiday time as an opportunity to look up healthy recipes, and practice cooking these

Do some exercise, no matter how unmotivated you’re feeling

On average Australians can expect to put on two kilograms over this period, said the dietitian.

She explained: ‘In Australia, we have a big drinking culture so a lot of it is alcohol as well, not just the food.

‘One glass of wine is equal to one slice of bread [in terms of calories] so in a night people could be drinking a loaf of bread equivalent in wine.’

OVERINDULGING AND YOUR EMOTIONS

Though the expert notes Christmas and New Year’s celebrations are social occasions and are meant to be enjoyed, an emotional backlash can cause problems.

‘We can feel good while we’re doing it, that’s why people emotionally eat,’ she said. 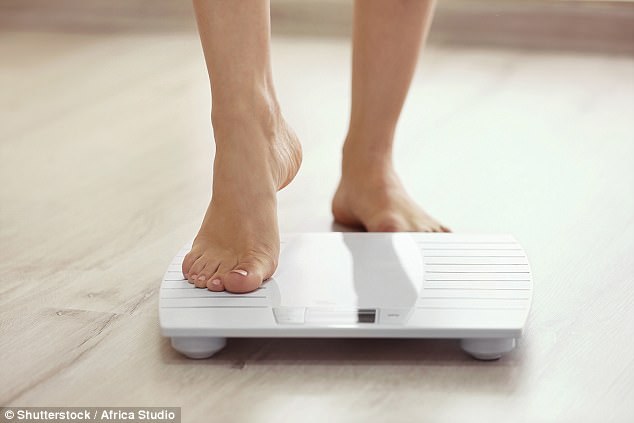 The average Australian can expect to put on two kilograms over the Christmas holidays, the dietitian said (stock image)

‘Then, if you’re over-eating to the point where you’re putting on weight or that you’re feeling uncomfortable, that can turn into those negative feelings of guilt and shame.’

Ms Maston said in the short term, while a little over-indulging may bring us joy, in the long term there could be greater effects.

‘If you’re the type that feels bad after over-eating, you might need to pare it back so you don’t put yourself in that precarious situation where you could feel down about yourself,’ she concluded.