What could Philip Hammond announce in 2017 Budget?

Chancellor Philip Hammond has a battle on his hands to deliver a Budget next week that appeals to young voters while also keeping the core Conservative-voting public on side.

Since his last Budget in March, much has changed, with Brexit disagreements, an ill-thought out snap election, and well-documented in-Tory fighting meaning Mr Hammond is no doubt having sleepless nights about delivering a solid Budget.

According to experts at specialist bank Investec, one of the Government’s key advantages over the opposition Labour Party is that it is still perceived to be more competent on the economy.

Under pressure: All eyes will be on the Chancellor next week as he reveals one of the most anticipated Budget speeches in recent memory

In the run-up to the Budget next Wednesday, it says in a report: ‘We suspect the Chancellor has faced a decidedly more difficult run up to the Budget than he did in his first “red book” back in March –

‘On the measures front, the shopping list has got considerably longer over recent months.’

At stake is maintaining his parties commitment to balancing the books, with dishing out enough to combat the allure of Jeremy Corbyn’s spending plans.

Investec added: ‘The Budget is being touted as “make or break” for the Chancellor in terms of whether he hangs onto his job, given that he has fallen well out of favour with the Prime Minister and other Cabinet colleagues.

‘The Chancellor would like to keep it as a boring Budget for Brexit, but it will prove to be a slightly more interesting affair because of political pressures.

‘Given the pressure on the Chancellor to deliver a big Budget it is fair to expect something of a rabbit from the hat.’

So what could be in the Budget?

Although Mr Hammond doesn’t have the same razzmatazz as the former Chancellor, George Osborne, he could be forced into some headline-winning moves taken straight out of his former colleague’s playbook.

We reveal nine key measures that are likely to be in the Budget next week:

Baby boomers living mortgage-free stand accused of ‘not facing up to the reality’ of how the housing crisis affects the young, according to Sajid Javid, who is in charge of housing policy.

He attacked the over-60s yesterday for resisting changes needed to kick-start house building in a major hint that the property market will be a headline generating part of the Budget next week.

It is highly likely that property and first-time buyers will be high on the agenda, with £10billion extra already promised to keep Help to Buy alive.

One widely expected measure in the Budget next week would be the return of a stamp duty holiday for first-time buyers.

This could be paid for by a rise in the current three per cent stamp duty surcharge on buy-to-let and additional homes, according to Investec.

Would it work? First-time buyers are unlikely to snub their noses at a stamp duty break, but exactly how much help it would be is uncertain.

Stamp duty is much more of a burden for those further up the housing ladder or first-time buyers in expensive areas, if Hammond tries to help them then Labour will accuse him of pandering to the rich. 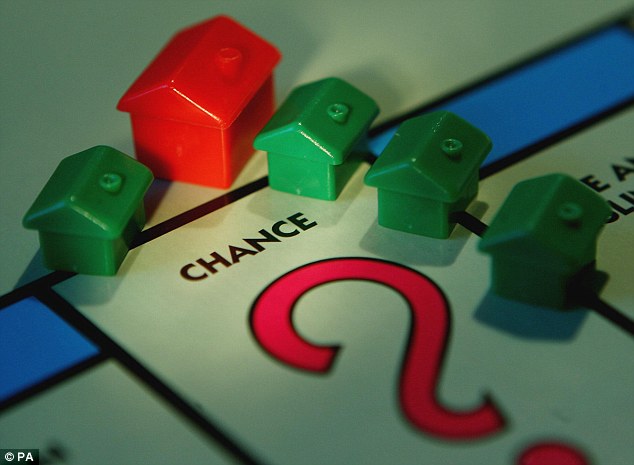 Hot topic: Helping young people get onto the housing ladder is now a core Tory mantra

There is no escaping the ‘youthquake’ which happened in the snap election earlier in the year.

Despite fears over Labour leader Jeremy Corbyn standing no chance, he oversaw a (slight) resurgence of support for the party, especially driven by the young – and the Tories will be keen to shut this down.

Seeking to help sway the young vote, Mr Hammond might be considering a fees reform – currently, university students can be charged up to £9,000 a year in course fees, not factoring in accommodation costs and interest they pay on student loans when they begin to earn £21,000 a year.

Theresa May vowed to freeze fees in her recent speech to party conference, but Hammond may go a step further with suggestions he is considering capping fees at £7,500 – or linking the charges more closely to the salaries its graduates can command.

Would it work?  A cut in fees would be welcomed but would need to be accompanied by more spending by the Government on university education. A cut to the interest rate, currently up to RPI inflation plus 3 per cent, would be welcomed.

3. Speed up rise in personal allowance 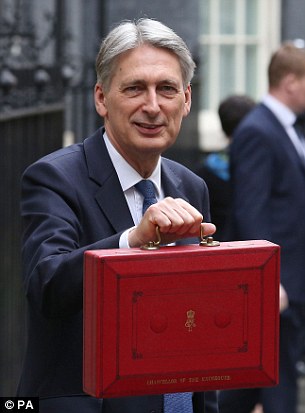 Rabbit? It is expected the Chancellor will pull one out of his little red box

The Chancellor might be reluctant to fiddle around too much with existing income tax rates and personal allowance levels, Investec say, with the Tory manifesto reiterating the pledge to raise personal allowance to £12,500 by 2020.

However, he is under pressure to do something sooner – and one option might be to speed up the rise and bring it forward a year to ease the consumer squeeze.

Would it work?  Raising personal allowances has been a success of recent governments, continuing to do this would be welcomed.

There has been a much rumoured new levy on all new diesel car sales, as This is Money reported last week, as the Government continues its assault on diesel buyers and owners.

Would it work?  The Government’s plans for dealing with air pollution caused by cars and other vehicles were criticised for pushing responsibility on to councils, which are coming up with measures ranging from extra parking charges for diesel cars to fees to drive them. It is likely this will continue and Hammond will avoid introducing unpopular measures on Wednesday.

Hammond is under pressure to scrap the near four per cent rise in business rates due next April.

He is poised to opt for a switch to a CPI-linked (rather than RPI-linked) system.

We have called for this measure to be used in other calculations too, including how train fares are raised.

In March, a £300million relief package was introduced for the worst-hit firms – and this could be extended further to help struggling businesses who are struggling to keep up with steep rises.

Would it work?  Small businesses want help on rates, this could be one way of appeasing them after the plan to change NI for the self-employed backfired last Budget. 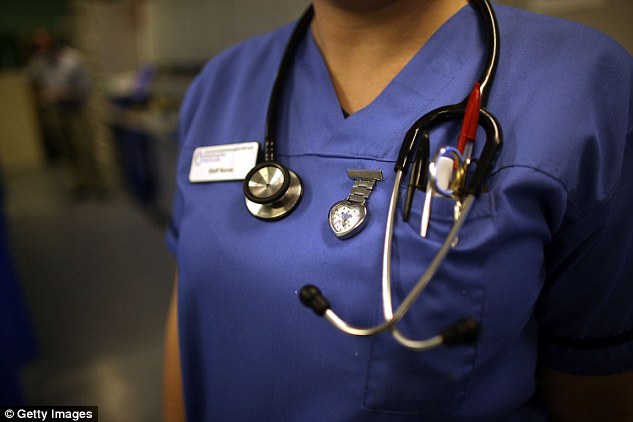 Pay squeeze: Public sector workers, including those at the NHS, have had a seven-year run of pay freezes or 1% capped increases

Public sector workers have had a seven-year run of one per cent rises or pay freezes and there is a huge chance that the Chancellor will abandon this measure next week, especially with inflation now at three per cent.

Reportedly, health minister Jeremy Hunt has told MPs that it should come to an end next year to reward NHS staff.

Would it work?  This would be a popular move with those in the public sector and many others also believe this freeze has lasted long enough. It could buy Hammond some praise.

Hammond may be tempted to reduce the lifetime pension allowance so more benefits incur an extra tax charge, according to Investec.

The levy means savers face a 55 per cent tax charge on the excess if they withdraw more that £1million from pension pots in their lifetime.

Also at stake is the annual allowance on pension contributions of £40,000, which removed from the highest earners down to £10,000.

Pension tax relief is another opportunity to grab some money back and be seen to be taking from the wealthier and giving to those further down the scale. At the moment, the principle is that you save into a pension from untaxed income – so savers get tax relief at their marginal rate. Shifting this to a flat rate – 30 per cent – has been suggested would save money.

Would it work?  Pensions have seen a lot of changes over recent years and hacking back at pension tax relief is a can of worms. Probably one to be avoided now

Hammond may be tempted to reduce corporation tax from 19 per cent to 17 per cent early. It is due to reach this rate in 2020.

But, due to the fiscal cost of such a move and seeking to keep Brexit negotiating cards in play, Investec suspects the Chancellor will hold back.

It adds: ‘Any threat to lower corporation tax further to encourage footloose investors to remain/relocate in/to the UK after Brexit, is likely to be kept in the bag.’

Would it work? A corporate tax cut is popular with business – particularly big business – but something Labour have railed against. Speeding this up would be tempting for the Tories, but likely to also bring criticism.

There is no escaping the fact that at present, Brexit talks have been somewhat challenging for the Government – and that’s to put it mildly.

It is expected that the Chancellor will want to ensure the UK economy is fighting fit for Brexit day in 2019.

Investec expect the Chancellor to confirm the £250million in extra departmental spending for Brexit preparations, while also seeking to maintain some of his Brexit ‘rainy’ day fund.

Would it work? The Chancellor wants to wait to see what kind of deal we get before he offers businesses assistance. Critics want help now. A bit of extra money would be popular and could be sold as building for future success.

Yes, it’s another Budget. On Wednesday, Philip Hammond will stand up and deliver his second Budget of the year and this is his chance to ride to the Conservatives’ rescue.

After the last Budget mess, the snap election that went wrong, the unexpected rise of Corbynism, and the Brexit arguments that just won’t go away, the Chancellor will hope that he’s the one to get everything back on track.

So what could he deliver – and what should he? Listen to the latest This is Money podcast: