Health chiefs are now set to recommend all 16 and 17 year olds get jabs, marking a dramatic U-turn.

Just two weeks ago the same expert panel — the Joint Committee on Vaccination and Immunisation (JCVI) — advised against doing so.

Boris Johnson is expected to accept the guidance immediately, paving the way for the roll-out to begin later this month.

But experts are divided over the hugely controversial topic of vaccinating children, given their tiny risk of dying or falling seriously ill.

Some countries — including the US and Israel — have already started, which made Britain an outlier in so far only vaccinating the most at-risk over-12s.

As plans to vaccinate children in the are due to be unveiled by No10’s scientists, MailOnline answers your questions about the roll-out to youngsters.

The Government has not yet given a timeline on when 16 and 17-year-olds can start coming forward for jabs. But even if the roll-out out to older teenagers begin straight away, there will only be time to give them one dose by the time the school year begins on September 6

When will children be vaccinated?

The Government has not yet given a timeline on when 16 and 17-year-olds can start coming forward for jabs.

But even if the roll-out out to older teenagers begin straight away, there will only be time to give them one dose by the time the school year begins on September 6.

Britain’s health chiefs say jabs should be dished out eight weeks apart, in order to give the immune system the biggest boost.

Will jabs be dished out in schools?

Jabs could be administered in schools, like how the HPV vaccine is rolled out for 12 and 13 year old boys and girls.

But Education Secretary Gavin Williamson is expected to push for them to continue to be given at GP surgeries and NHS hubs.

One public health official claimed they could be done either in schools, or in existing vaccination centres at certain times.

What vaccine will youngsters get?

The UK has so far only approved Pfizer’s coronavirus jab for use in children over 12.

Moderna’s vaccine — which works in a similar way — has not been given the green light for youngsters.

AstraZeneca’s injection has been linked to rare blood clots, and health chiefs have already restricted its use to over 40s. Therefore, the British-made vaccine is unlikely to be offered to children. 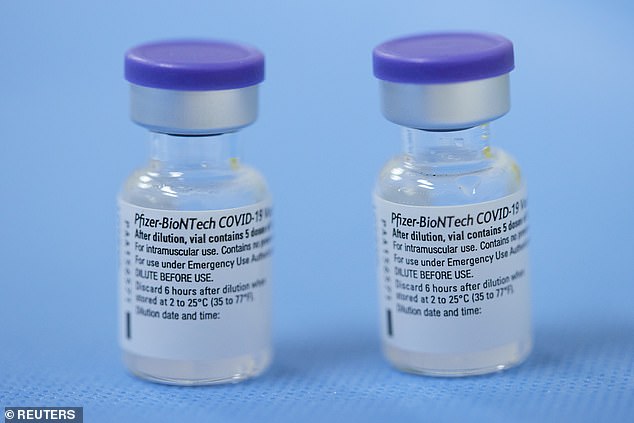 Over-16s are expected to receive two injections eight weeks apart, mirroring how Pfizer’s is given to adults.

Scientists are currently testing nasal spray forms of the Covid vaccine — a method already used to give out children’s flu jabs. But none of the candidates being studied have yet to make it out of trials.

Britain is currently the ‘outlier’, with European countries and the US already giving vaccines to children.

France, and Spain, Hungary have already starting giving the jab to over-12s, while 10 per cent of children are already vaccinated in Germany.

Israel approved the jabs for over-12s in May and subsequently approved it for 5 to 11-year-olds.

What jabs are they using?

Pfizer has been the go-to jab for vaccinating children around the world.

But Moderna is seeking permission for its jab to be used for over-12s in the EU, US and Canada.

Last week, Italy approved Modern’s jab for use in over-12s.

Have they been trialled on children?

The companies that make the vaccines, as well as other scientists, have studied how safe they are among children.

Pfizer and Moderna found their jab to pose little risk in over 12s and are now trialling the injection in under-11s.

The JCVI said a trial of 1,000 12 to 15-year-olds who received the Pfizer jab found it to be effective and only cause short-term side effects like a fever.

University of Oxford scientists are testing the AstraZeneca jab on children aged six to 17. 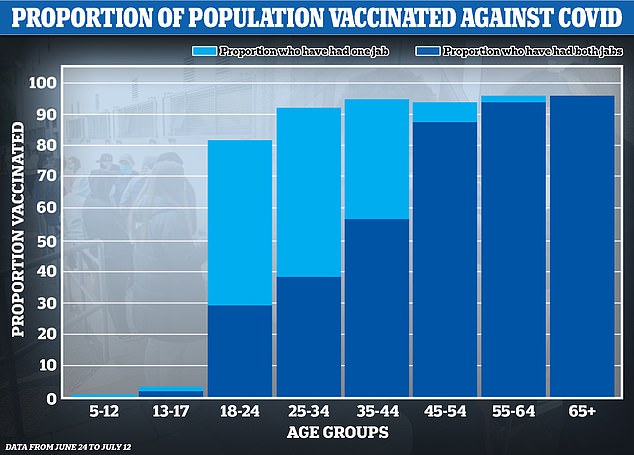 So what are the potential risks?

Covid is very rarely severe or fatal in children.

Just one in 500,000 under-18s are at risk of dying from the virus, researchers at leading UK universities found this month.

That means any vaccine given to youngsters has to be very safe because the risk-harm benefit from them catching the virus is so low.

Since the vaccine roll-out has been expanded to children around the world, there have been reports of rare heart conditions: myocarditis and pericarditis.

Myocarditis is the inflammation of the heart muscle, while pericarditis is when the protective layer around the heart gets inflamed.

Data from the US shows those aged 12-17 are at the most risk of developing the heart problem after a Covid jab, compared to other age groups.

There are no specific causes of the conditions but they are usually triggered by a virus.

The British Heart Foundation says in some cases, myocarditis can affect the heart’s electrical system, stopping it from pumping properly. ‘This can cause an abnormal heart rhythm, known as an arrhythmia,’ it claims.

But British regulators insist the 250 cases seen among Pfizer recipients are ‘typically mild’. Affected patients recover ‘within a short time with standard treatment’.

Will parents have to give consent for the jabs?

One of the most controversial issues surrounding the roll-out to kids is parent’s role in their child’s decision.

Government sources claimed last night that under-18s wanting the jab would have to provide proof of parental consent.

But universities minister Michelle Donelan would not confirm that would be the case when quizzed about the move this morning, merely saying advice from the JCVI was ‘imminent’.