What happened to the Millionaire Hot Seat contestant who won $1mil

The 57-year-old Melbourne man answered all questions on Nine’s hit quiz show correctly, taking a simple guess for the final one, before winning a $1million dollar check and a bottle of champagne.

Now Antony has recalled the bizarre aftermath of his huge win and his complete disbelief at what occurred in an interview on the podcast, I’ve Got News For You.

‘It was crazy. I won. And they (producers) were saying to me, “Are you OK to get home?” And I’m going “Yeah, I’ll be fine”. And all of a sudden, I was standing out in the street with a bottle of champagne in my hand,’ he said.

McManus’ initial reaction running through his head after the win was, ‘What the hell happened?’

He then returned home to tell his husband Ron the news, forgetting to call him as he was leaving the studio. 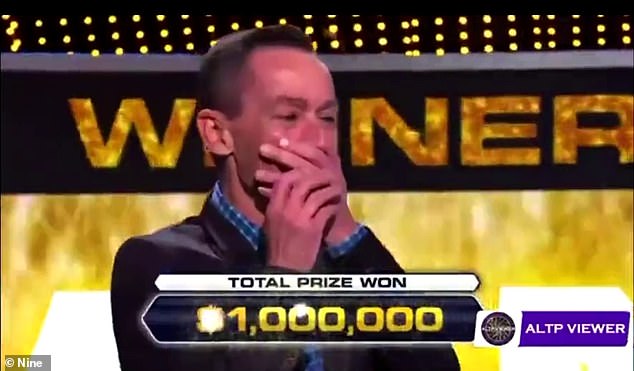 Bewildered: The 57-year-old Melbourne man’s initial reaction running through his head after winning the game show was, ‘What the hell happened?’

‘I came in and he said to me, “How did you go?” And I actually was busting so I went to the toilet, and he didn’t even notice that I had a bottle of champagne in my hand,’ McManus recounted.

After coming back from the bathroom, he told his husband he won ‘fastest finger first’ and got a check for $1000, referencing the program’s opening quiz.

He then added that he ‘kept answering questions’ and got another check as he pulled out the million dollar check.

‘He was like, I won’t say exactly the word, but it took about five minutes for him to be convinced. I had to show him a text from Channel 9 saying congratulations, I hope you’ve got home safely, and then he actually believed me,’ Antony stated. 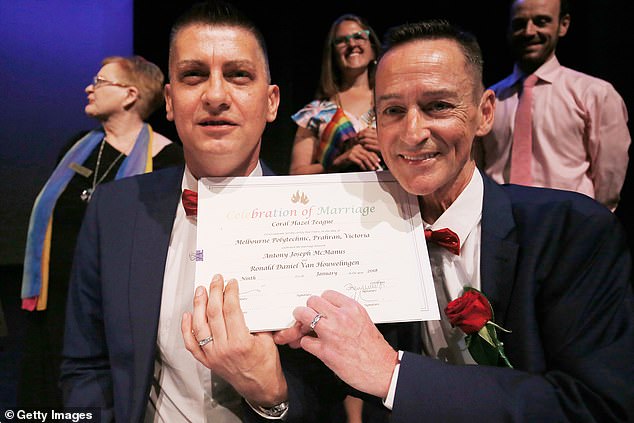 Sweet: Antony returned home to tell his husband Ron the details after forgetting to call him while he was still in shock

McManus revealed he hasn’t yet been paid by the Nine network yet despite shooting his episode back in May.

Regardless, the 57-year-old has already treated himself and purchased an apartment, which the couple plan to move into next year, and a new Toyota Corolla hybrid.

Antony told podcast host Andrew Bucklow that there’s ‘still enough (money) on the table for us to invest in’ and look after their ‘futures’.

The retail worker told TV Tonight he had decided to go on the show after his mother-in-law noticed how good he was at answering the trivia questions from the couch. 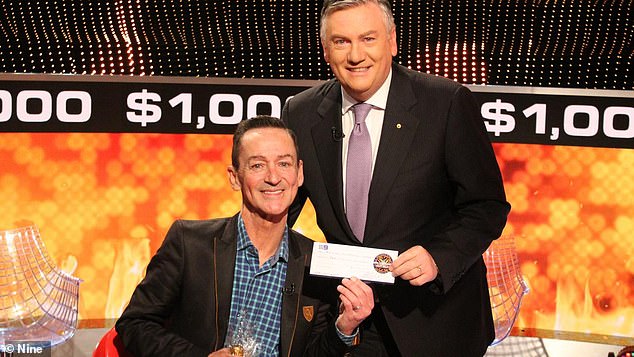 Cashing in: Antony has already treated himself and purchased an apartment, which the couple plan to move into next year, and a new Toyota Corolla hybrid

Antony went on to become the second Australian ever to win $1 million on the show after a close call on the final question.

He was initially asked how many Australian prime ministers have been members for electorates in Queensland but used his lifeline to swap to a different question.

Antony was then asked a literary question – which he noted he could only answer using process of elimination.

The episode was the last of the show to be filmed some six months ago before Melbourne went into lockdown. 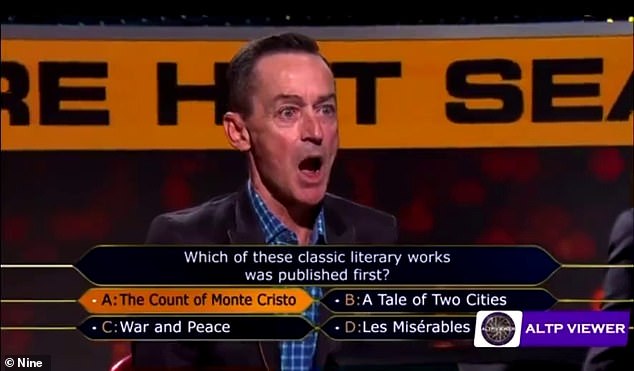 Good guess: Antony’s final question was a literary one – which he noted he could only answer using process of elimination

Which of these classic literary works was published first?

A: The Count of Monte Cristo

B: A Tale of Two Cities

Answer: The Count of Monte Cristo by Alexandre Dumas, published in 1844