What happens when you age? Expert debunks five myths

People over the age of 65 make up a larger percentage of the global population than ever before.

As this ageing of society only really took off in the last century, it’s unsurprising that much of what we think we know about ageing is untrue.

But how many of these ‘facts’ hold up to scrutiny?

Here, in a piece for The Conversation, Dr Dana Rosenfeld, a reader in sociology based at Keele University, investigates five common beliefs.

As this ageing of society only really took off in the last century, it’s unsurprising that much of what we think we know about ageing is untrue

This is not true. Hormone levels change as we age, but this doesn’t necessarily decrease libido. Indeed, for women, libido often increases after the menopause.

Older people’s libido may be lowered by chronic illness (such as diabetes and heart disease), drug side effects (antihypertensive drugs, for example) and marital unhappiness and boredom.

So decreases in sexual desire in old age are often due to events and circumstances, not to physical changes that come with age.

Having a sexual partner, however, is the strongest factor for determining how often older people have sex.

Because women tend to marry older men, who die younger, older women’s reduced sexual activity is largely due to widowhood.

WILL OLDER PEOPLE ENDURE A LIFETIME OF MULTI-ILLNESSES?

People in their 60s are set to suffer at least four diseases by the time they reach their 80s, Newcastle University research revealed in January 2018.

However, two-thirds of this extra time will be spent suffering from multiple illnesses, the study published in the journal Age and Ageing found.

This is thought to be due to rising rates of obesity and falling activity levels making people less healthy, according to the researchers.

Again, it’s not ageing per se that lowers libido and sexual activity, but events and circumstances that typically accompany ageing.

Brain function decreases because of age

Not true. Our neurons work differently in older age, and older people can have difficulties with thinking and remembering.

But, as with sex, these abilities are strongly influenced by our social circumstances.

For example, mental abilities are closely linked to supportive social relationships and physical and mental activity.

Because we can change our social circumstances, we are likely able to offset the physical effects of ageing on our mental abilities.

We often treat young and middle-aged people’s mental abilities as the gold standard, but this is biased and leads to false conclusions.

As we get older, we may think differently and at different speeds (we have more to remember), but this doesn’t make our thinking less keen, deep, creative, productive or meaningful.

After all Peter Roget invented the thesaurus at 76 and Michelangelo drew up architectural plans for the Basilica of Saint Mary of the Angels and the Martyrs at 88.

You might conclude people get more conservative with age. But you’d be incorrectly assuming that each person started out with the same political outlook.

A 100-year-old woman, born in 1918, formed her baseline political opinions in a very different time. 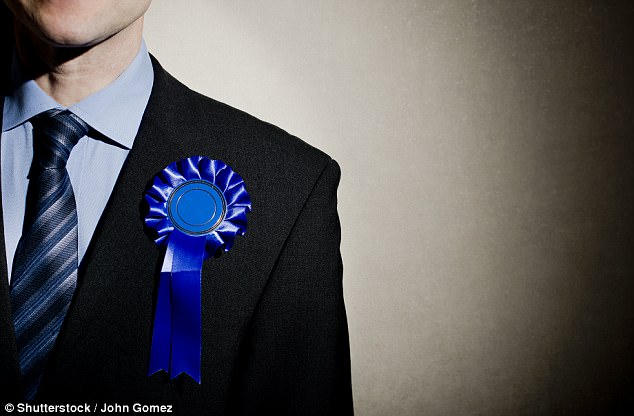 What was liberal in the 1940s is conservative now (consider race relations, feminism and sexual norms).

What you’re seeing is a 100-year-old whose political opinions have become less conservative, but remain more conservative than her children’s or grandchildren’s opinions, who began their lives on a more liberal footing.

This is what researchers in the US found in their study of political attitudes among different age groups over 30 years.

They concluded that ‘change is as common among older adults as younger adults’.

ARE OLDER PEOPLE ARE HAPPIER THAN THEY EVER HAVE BEEN?

Almost two thirds of older people claim that they are ‘happier than they have ever been’, a poll suggested in April 2017.

Some 63 per cent of people over the age of 70 feel more content than at any other point in their lives, according to data from the Royal Voluntary Service.

And half claimed they are in the prime of their life.

Worrying less and having more time for personal activities were some of the things highlighted as a benefit of growing older.

Happily, this is untrue.

As a sociologist at the University of Chicago found, while happiness dips between the ages of 30 to 40, ‘overall levels of happiness increase with age, net of other factors’.

Why? First, younger people may be exposed to stressful events that older, retired, people are protected from, such as dips in wages or periods of unemployment.

Second, the older we get, the more we tend to focus on positive memories and information, and the better we become at regulating our emotions.

And this upward trend continues until we’re ‘essentially dying’.

It does, overall, but older people’s immune systems vary enormously. Remember the 100-year-old who become more liberal over time?

She would have been 11 when the Great Depression began.

As a result, she would probably have undergone puberty while financially, socially and nutritionally stressed.

Poor nutrition would have weakened her immune system in the immediate and the longer term.

As researchers in France have found, being malnourished weakens the immune system, especially the very young and the very old, so if our 100-year-old woman was undernourished as an older woman, she’d be doubly disadvantaged on the immunity front.

But she might also be less likely to catch a cold. We become immune for years, and sometimes even for a lifetime, to a specific virus after we are infected with it.

Over time, we become immune to more and more viruses, so, the older we get, the fewer viruses can make use sick – assuming, of course, that we’re not deluged by a mass of new viruses.

Again, it’s how we connect – and have connected – with the outside world that shapes our older age.