What if the past six years of political chaos were based entirely on bad polls?

Australia’s leadership chaos during the past six years could have been based on bad opinion polls but those days may be over.

There have been five prime ministers in six years, with poor polling regularly used to justify the changes.

The accuracy of political polling has come under the spotlight after every major opinion poll failed to predict Prime Minister Scott Morrison’s surprise election victory on Saturday night.

‘The one thing that is clear about our current situation is the trajectory,’ the Liberal challenger told reporters at Parliament House in Canberra.

‘We have lost 30 Newspolls in a row. It is clear that the people have made up their mind about Mr Abbott’s leadership.’

Essential Media director Peter Lewis said polls should never be as ‘an end in itself’.

‘What happened on the weekend will challenge everyone to be more thoughtful about the way they use political polls.

‘For a long time they have been misused. They are never meant to be predictive tools, they are only descriptive of what’s happening in the moment.’

‘That is really stupid. I think people use polls to suit their purposes,’  she told Daily Mail Australia.

Labor was just as bad, with Kevin Rudd privately citing Newspoll figures to his party colleagues in June 2013 to remove Australia’s first female prime minister Julia Gillard, 16 months after he had launched a failed leadership challenge.

She had lost 52 Newspolls, although not all consecutively, after forming a minority government with the Greens and two independents after the August 2010 election. 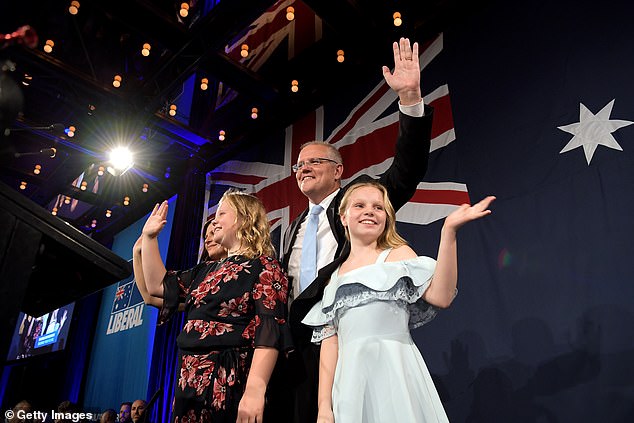 Opinion polls have been discredited, after Prime Minister Scott Morrison won a majority on May 18 despite the Coalition losing 55 consecutive Newspolls (he is pictured on May 18 with his wife Jenny and daughters Abbey and Lily) 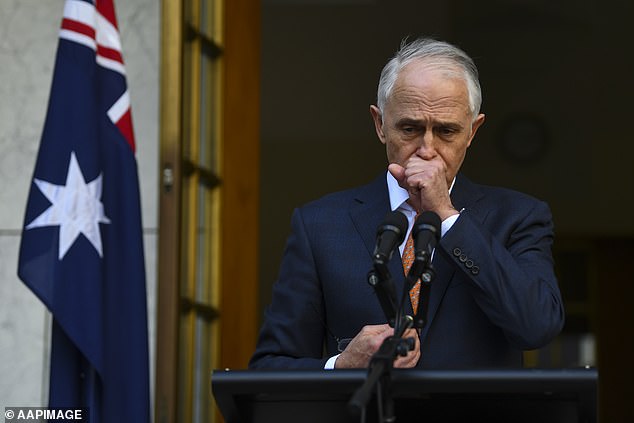 The woman who vowed not to introduce a carbon tax during the election campaign had done just that in 2011 as part of the power-sharing arrangement.

In June 2010, Mr Rudd had himself become the first-ever first-term PM to be overthrown by his own party, after his deputy Ms Gillard relied on his unpopular mining tax proposal to launch a leadership coup.

Only two years earlier, Mr Rudd’s popularity had soared to a record high, with Newspoll showing he had a 71 approval rating as preferred prime minister against the Liberal Party’s Brendan Nelson. 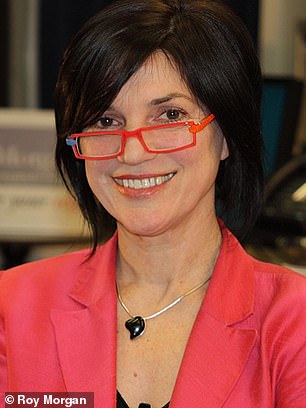 Opinion polls have been discredited, after Mr Morrison won a majority on May 18 despite the Coalition losing 55 consecutive Newspolls.

Ms Levine, whose own polling company wrongly predicted a 52 to 48 per cent victory for Labor four days before the election, said many voters simply changed their mind in the polling booth.

‘They’re squirming because in fact they did come back at the end of the day and vote Liberal and they almost can’t believe they did it,’ she said.

‘Somebody when I was talking about this said, “Shy Liberals, give me a break”.’

The Sydney Morning Herald and The Age, now owned by Nine, have dropped their contract with polling company Ipsos after it got the election result badly wrong.

Just minutes before voting closed, Ipsos had the ALP leading the Coalition 51.5-48.5 while Newspoll showed Labor was ahead 52 to 48 per cent, after preferences. 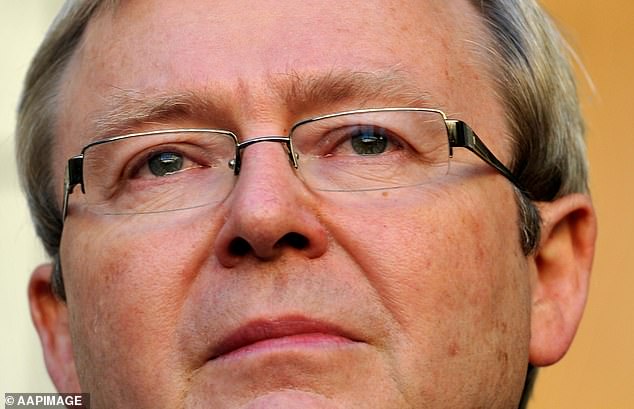 In June 2010, Kevin Rudd (pictured) had himself become the first-ever first-term PM to be overthrown by his own party, after his deputy Ms Gillard relied on his unpopular mining tax proposal to launch a leadership coup

Galaxy was also tarnished, with its Saturday night exit poll putting Labor ahead 52 to 48, wrongly showing swings to the Opposition in New South Wales, Victoria and Queensland which didn’t materialise.

Mr Morrison’s ‘miracle’ victory was so stunning because the government had lost virtually every opinion poll since 2016.

On Saturday night, his Coalition government was re-elected for a third consecutive term, winning the election 51.44 per cent compared with 48.56 per cent for Labor.

The Liberal and National parties won 78 seats in the expanded 151-seat House of Representatives compared with 67 for Labor, which lost the Townsville-based seat of Herbert in north Queensland, Lindsay in Sydney’s west and Braddon in western Tasmania.

The Liberal Party is ahead in the northern Tasmanian seat of Bass and Macquarie taking in Sydney’s outer-west and the Blue Mountains, Australian Electoral Commission returns show. 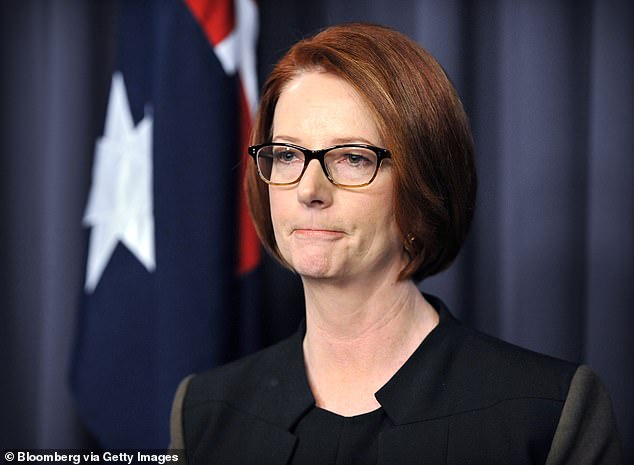 Labor is only marginally ahead in former deputy prime minister and treasurer Wayne Swan’s old northern Brisbane seat of Lilley, in an election which saw big swings against the Opposition across Queensland from the south-east corner to the state’s north.

Under outgoing Labor leader Bill Shorten, the Opposition only picked up Gilmore on the NSW South Coast, where there was local Liberal Party infighting, and the Victorian seats of Corangamite and Dunkley, both of which were already notionally Labor following redistributions.

Labor failed to pick up any seats from the Liberal Party in Melbourne’s middle-distance suburbs, despite betting agencies including Sportsbet forecasting a Labor victory in Chisholm.