What is multiple sclerosis? Selma Blair’s condition and why it can take decades to diagnose

In the hours after Selma Blair revealed she has multiple sclerosis, Google searches for the disease rocketed.

The 46-year-old actress told fans on Saturday that she has struggled with symptoms for about 15 years – falling, dropping things, foggy memory, and numbness in her left side.

But until she fell over in front of her doctor in August, she had been putting it down to clumsiness, or maybe a pinched nerve.

Blair’s is a common scenario for the millions of people – mostly white women in the northern hemisphere under the age of 50 – who contract the neurological disorder.

Despite its prevalence, the disease can be difficult to spot and its symptoms can easily masquerade as signs of less serious issues.

Here, we explain the different types of MS, how it progresses, and how doctors help patients navigate this incurable and largely untreatable condition.

Selma Blair, 46, revealed on Saturday that she had been diagnosed with MS 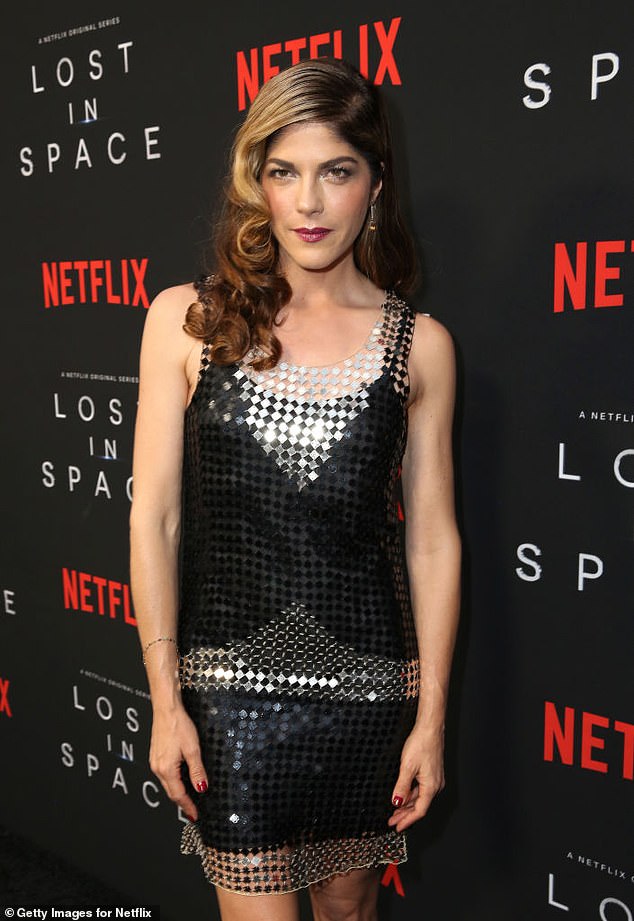 Blair, pictured in April at the launch of Netflix’s Lost In Space, four months before her diagnosis

Damage occurs to the myelin sheath, an insulating barrier of fatty protein that protects the nerves, disrupting nerve messages.

The list of symptoms is staggering. In some they can be mild, in some severe.

The most immediate and common symptom in most sufferers is struggling to walk without tripping.

In some, the condition can lead to paralysis, and can shorten lifespan by 10 years.

In some, it doesn’t progress. 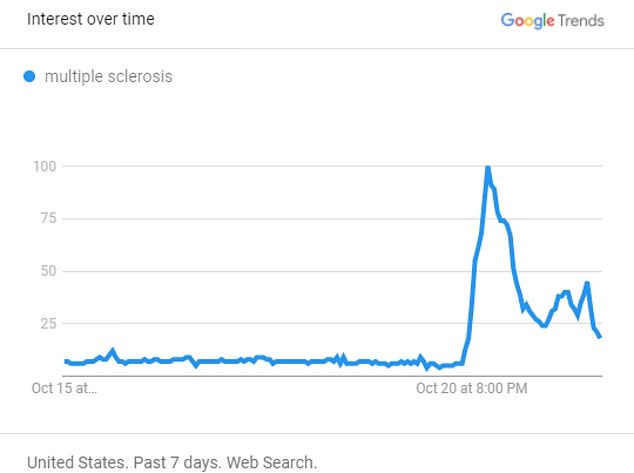 There is no shortage to the symptoms that patients may suffer, from pain to vision loss to exhaustion.

‘It can be overwhelming in the beginning,’ Blair said.

She added: ‘[I]f you see me, dropping crap all over the street, feel free to help me pick it up. It takes a whole day for me alone.’

Those are examples of the dizziness, poor balance, muscle rigidity, weakness, and problems with coordination that are so common.

Other common symptoms include pins and needles, strange taste sensations, losing the sensation of touch, cramping, and tremors.

There may be anxiety or mood swings; slurred speech, pain in the eyes; vision loss; sexual dysfunction.

WHO IS MOST AT-RISK?

Multiple sclerosis strikes people of all socioeconomic background and a wide range of ages.

As a map from Healthline shows, the vast majority of sufferers are white women in northern Europe, Canada, and the northern half of the US.

It is not seen as hereditary, but a study in 2011 by the universities of Oxford and Cambridge found 30 genes associated with MS. 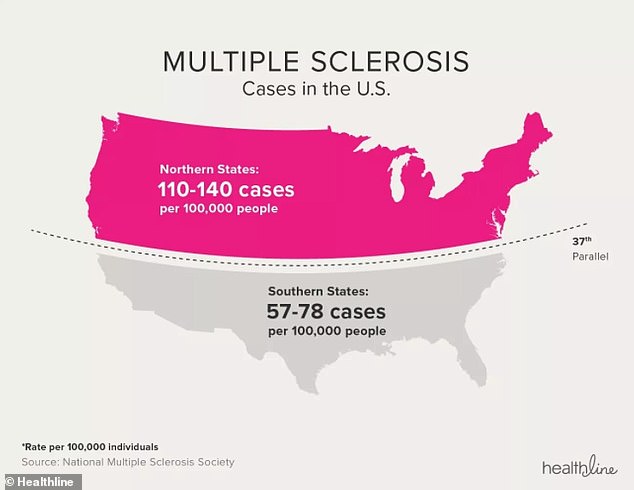 The vast majority of sufferers are white women in northern Europe, Canada, and the northern half of the US 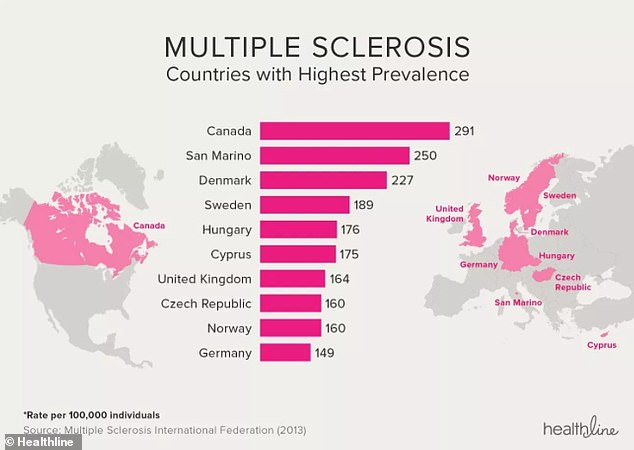 It is not seen as hereditary, but a study in 2011 by the universities of Oxford and Cambridge found 30 genes associated with MS

That may in part explain why the proportion of women to men suffering from MS has dramatically skewed in the last few decades. In the 1950s, it was about 1:1, men to women. Now it’s about 2:1. Scientists say that is because women are more likely to carry at-risk genes.

Beyond that, it’s believed smoking and sun exposure could increase a person’s risk, but it’s not clear how and how much.

WHY DOES IT TAKE SO LONG TO DIAGNOSE?

Blair’s doctors believe she may have had the condition for 15 years.

That is fairly common.

We all trip here and there, and as we age, amassing more responsibilities – maybe some kids, maybe more work – it’s easy to attribute brain fog to stress.

An MRI is usually performed to diagnose MS, but they are expensive (around $1,500 each), so it’s not something doctors will routinely dish out to patients unless it seems serious.

For people like Blair, an active, young woman with a busy schedule, it may seem logical to attribute it to a sports injury.

After a diagnosis, patients are referred to a physiotherapist to help them retain movement and deal with cramping.

Some patients swear by exercising, and one study by Johns Hopkins University School of Medicine in 2015 found coffee to ease symptoms.

Drug treatments include chemotherapy and steroids, but they aren’t routinely prescribed.