What is ‘quiet firing’? The concerning job trend occurring in the modern workplace

The ‘quiet quitting’ trend of employees doing less to improve their life balance took companies by storm after Covid – but now employers are hitting back with ‘quiet firing’.

The latest fad sees employers ‘demoralise’ and drastically lower the workload of an unvalued employee with the ‘hope’ that they will resign.

It is in stark contrast to ‘quiet quitting’ which sees employees reject the idea of going ‘above and beyond’ at work while still getting paid the same.

‘Quiet firing is putting employers and enterprises at serious risk of being found out and being charged with unfair dismissal,’ Ms Ellson said.

‘Laws were created to prevent unfair dismissal and employees were entitled to probation periods or required to receive three official warnings before they could be ‘safely’ dismissed without the employer facing legal action.’

‘Quiet firing’ sees employers ‘demoralise’ an unvalued employee with ‘hope’ that they will resign, which contrast quiet quitting involving rejecting the idea of going ‘above and beyond’ at work while still getting paid the same (stock image) 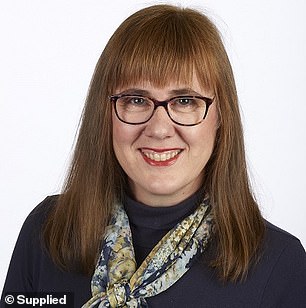 Ms Ellson said in every employee and employer relationship, there is an ‘implied value exchange’ where the worker provides value and the employer pays them.

‘Naturally, if an employee is not providing value, an employer does not want to keep paying. The grey area lies in how much can be realistically expected in exchange,’ she explained.

‘If an employee is working their best and completing more tasks in a shorter amount of time, the employer could be tempted to overload them with additional tasks to complete.

‘But if the relationship deteriorates, it can be difficult for either party to agree to the new expectations, especially if these haven’t been renegotiated along the way.’

What is ‘quiet firing’?

Career expert Sue Ellson said how in every employee and employer relationship, there is an ‘implied value exchange’ – the worker provides value and the employer pays them.

‘Naturally, if an employee is not providing value, an employer does not want to keep paying. The grey area lies in how much can be realistically expected in exchange,’ she explained

There are signs to be aware of that could indicate you’re being quietly fired at work – and how to tackle the situation.

For instance, Ms Ellson suggests taking note if you’re being left out of important meetings, being moved into a lower role or seeing a change in body language.

‘If you are an employee and feel under threat, I would suggest that you start keeping a record of what you are doing and what is happening so that if you are unfairly dismissed, you have dates, times and details of what has been happening,’ Ms Ellson said.

‘But also bear in mind that you need to provide the value that the employer needs; You may come to the conclusion that the role is not for you and you may realise that it is time for you to move on.’

1. Being left out of important meetings, emails, social invitations

2. Being moved into a lower level role or less appealing role

4. General disengagement and preferential treatment towards others

5. Lack of communication and feedback

7. Less general chit chat and sharing of information and updates 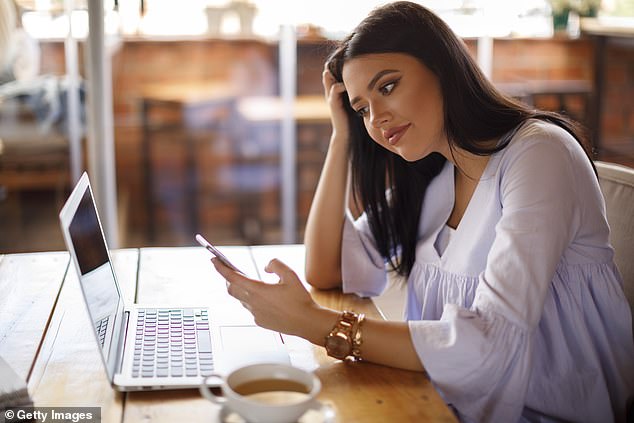 Earlier this year Australian employees found a new way to ‘quit’ their jobs to avoid burnout – and bosses were – and continue to be – very unhappy about it.

Thousands on TikTok have admitted to ‘quiet quitting’ – which involves rejecting the ever going ‘above and beyond’ at work while still getting paid the same.

Ms Ellson previously told FEMAIL the notion could backfire if the change in behaviour is noticed by others, particularly managers. 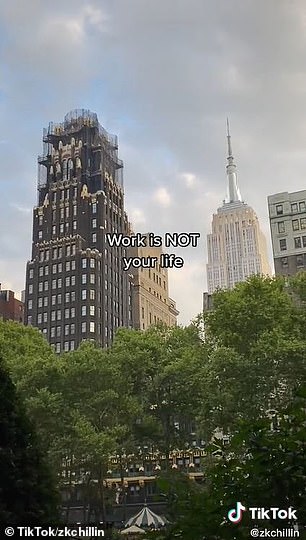 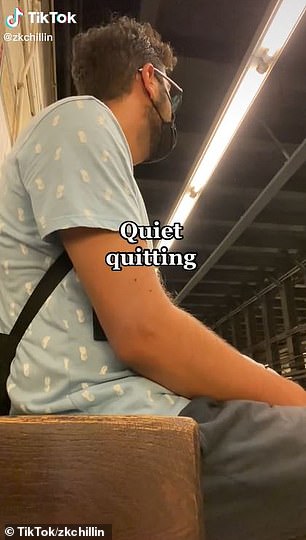 One TikToker, who goes by the username @zkchillin (pictured, left), shared a now-viral video explaining the concept. Those who have embraced the concept claim they have been feeling less stressed and have the same recognition

One TikToker, who goes by the username @zkchillin, shared a now-viral video explaining the concept.

‘I recently learnt about this term called ‘quiet quitting’ where you’re not outright quitting your job but you’re quitting the idea of going above and beyond at work,’ he said.

‘You’re still performing your duties but you’re no longer subscribing to the hustle culture and mentality that work has to be your life.

‘The reality is it’s not and your worth as a person is not defined by your productive output.’

The clip has since been viewed more than 2.7million times and in another video he added how other terms used include ‘boundary settings’, ‘meeting expectations’, ‘work-to-rule’ and ‘lying flat’.

What is ‘quiet quitting’?

According to Metro, this can take many forms – including turning down projects based on interest, refusing to answer work messages outside of working hours or simply feeling less invested in the role

The comments of the video were quickly flooded by other workers from all around the world who admitted they have tried the concept and will continue to do the bare minimum.

‘I quiet quit six months ago and guess what, same pay. Same recognition, same everything but less stress,’ one person wrote.

‘Then when you do it you realise nothing at work matters and suddenly all the stress vanishes,’ another added.

A third wrote: ‘Even when I do this I’m still outperforming 90 per cent of my co-workers.’

Another person said they do ‘just enough not to get fired or noticed’.

The TikToker who posted the video added: ‘This works best if you can tolerate your job – if you’re miserable, get outta there! Your peace of mind comes first.’

Another person pointed out: ‘It’s called ‘meeting expectations’, if you’re doing more then this you are losing time and money.’ 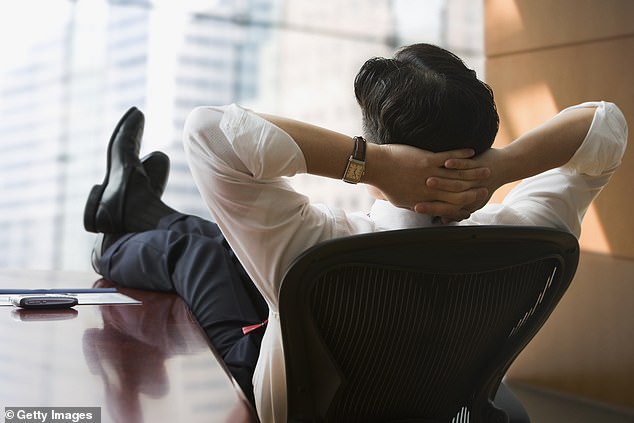 Ms Ellson said it’s important to be discreet with your employer if your change in behaviour is noticed.

She added that while the concept of quiet quitting also isn’t new, technology and working from home has been able to track what is done each day.

‘Quiet quitting is a prompt to increase your personal productivity across your entire day, then I can move on to my other priorities,’ she said.

‘However, if you are perceived as ‘slacking off’ after previously over-extending yourself, communication is key.

‘You may need to explain why your behaviour has changed and be ready to do so. Reacting in frustration and saying that you are tired of doing more work than everyone else in the heat of the moment is not the answer.’