What is Ripple? Cryptocurrency explained after Ashton Kutcher donates $4 million to Ellen DeGeneres

Ashton Kutcher surprised Ellen DeGeneres with a donation of $4 million (£3m) to the talk show host’s Wildlife Fund in the form of Ripple’s XRP coin, the third most-valuable cryptocurrency after Bitcoin and Ethereum.

With a push of a button on his phone, Ashton Kutcher and his business partner Guy Oseary were able to transfer the full amount into the bank account of The Ellen DeGeneres Wildlife Fund instantly on the NBC show.

Kutcher and Oseary have invested in Ripple through their tech investment fund Sound Ventures, which has also funded cloud-based business software company Zenefits, and Ashton also backed Airbnb and Uber from the start. But what is Ripple?

Ripple is a settlement network with the aim of eliminating older systems such as Western Union and SWIFT and allows anyone to transfer money in any currency to any currency in a matter of seconds.

Ripple also offers an alternative in XRP, which can be used as a common currency for money transfers between different currencies. Transaction fees are lower to convert from XRP to another currency and vice versa and transfers take a maximum of four seconds to execute and verify.

Although it was not released until 2012, Ripple is actually older than the well-known cryptocurrency Bitcoin with the original company being created in 2004. Since then, Ripple’s virtual currency XRP has been adopted by many banks and financial institutions around the world. 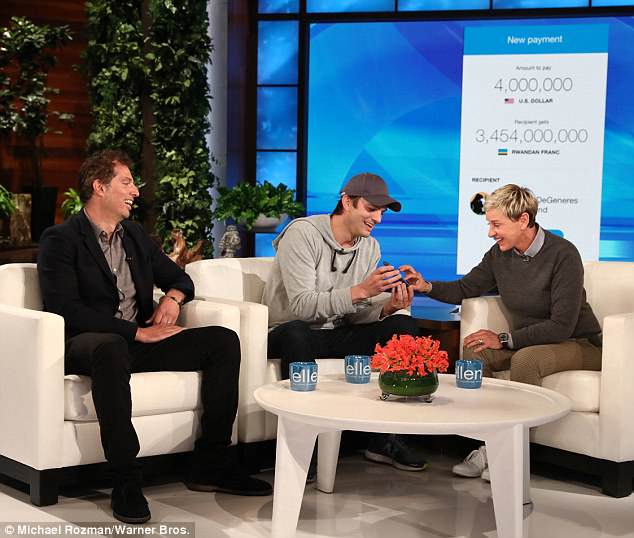 With a push of a button, Ashton Kutcher and Guy Oseary were able to transfer the full amount

While they are similar, the Ripple coin and the Ripple Network have advantages and disadvantages over Bitcoin: as less people are exchanging XRP, transaction costs are lower, but if more starting using it, the fees are expected to increase.

All the 100 billion XRP that can be used already exist and a few are released into the market every month in order to avoid flooding. In 2017, Ripple pledged to lock 55 billion XRP in 55 smart contracts which would subsequently put billions of dollars in escrow.

This was done because buyers feared that Ripple would reduce the price of the coin when releasing billions of XRP and the ‘locking up’ would mimic the effect of mining, the process where records of transactions, known as blocks, are added to the record, also referred to as blockchain.

This was done so that the currency will steadily increase its price and as more and more banks accept it, the process is legitimized and not as a competitor, in the way Bitcoin is perceived. Because of this, Ripple’s success depends on banks buying into it and pushing it forward. 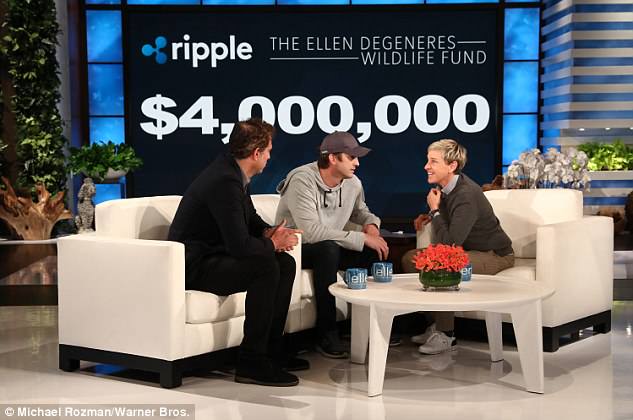 How to buy Ripple

Ripple’s aim was to provide their users with an easier way to make money transfers easier, faster and safer and it is far from being used as a payment method. However, you can buy Ripple in the same way that you would any other cryptocurrency.

While transferring money is easy enough with a XRP wallet, you can make money from Ripple by getting paid in Ripple and then make returns on the money sitting in your account (wallet), or just buy XRP and wait – there is no mining allowed on Ripple.