What is the Difference Between Heart Attack and Cardiac Arrest? 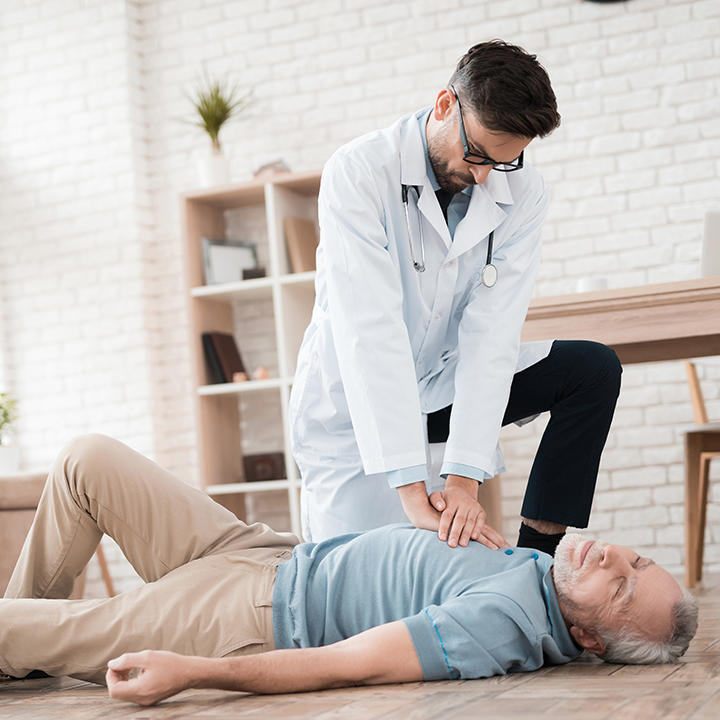 Most people often use the terms Heart Attack and Cardiac Arrest interchangeably. However, they are not same. A heart attack is a medical condition when blood flow to the heart is blocked. Whereas cardiac arrest is a medical condition when the heart malfunctions and suddenly stops beating unexpectedly. Thus, a heart attack is a circulation problem while sudden cardiac arrest can  be described as an electrical problem. Either of the heart illness would require immediate treatment in a reputed Heart hospital in Hyderabad.

An Overview on Heart Attack

The reason that leads to sudden blockage of a coronary artery is the rupture of a plaque in the artery. It can produce a variety of clinical conditions. This may include heart attacks and unstable angina known as an acute coronary syndrome (ACS).

All forms of this syndrome are medical emergencies. And, they generally need to be treated in one of the top hospital in Hyderabad with medications. Also, angioplasty, or surgery to restore normal blood flow through the blocked artery. In cases where blood flow can be restored within a few hours, permanent damage to the heart muscle can usually be minimized.

Family history is considered to be one of the most important risk factors for a heart attack. If someone in your relationship has had a heart attack, particularly at an early age, your own risk for premature coronary artery disease (CAD) may be substantially higher. In these cases, it is especially vital to do every bit to reduce your own risk for CAD.

An Overview of Cardiac Arrest

A cardiac arrest is a type of disease caused by a sudden heart arrhythmia called ventricular fibrillation. During the ventricular fibrillation condition, the electrical signal within the heart suddenly becomes completely chaotic. These electrical signals manage the timing and organization of the functioning of a heartbeat. And, when these signals degenerate to total chaos, the heart suddenly stops beating.  This is called Cardiac arrest which can lead to sudden death.

The most effective treatment for a cardiac arrest is to begin instant cardiopulmonary resuscitation (CPR) to support the victim’s circulation. And, deliver a large electrical shock to the heart with a device called a defibrillator. This medical procedure enables the heart’s electrical signal to reorganize itself, and the heart to begin beating again. Usually, death occurs within just a few minutes of cardiac arrest unless help is available. Hence, a majority of people who suffer from cardiac arrest are not successfully resuscitated.

Other reasons for cardiac arrest include certain types of inherited heart abnormalities. These conditions tend to increase the risk of ventricular fibrillation and the use of various illicit drugs.

From the above discussion, we know that a heart attack is when one of the coronary arteries becomes blocked. While a cardiac arrest is when a person’s heart stops pumping blood around their body and they stop breathing in a normal way.

What is the Connection Between Heart Attack and Cardiac Arrest?

Other types of heart conditions may also disrupt the heart’s rhythm and lead to sudden cardiac arrest. For example, a thickened heart muscle, heart failure, arrhythmias, and long Q-T syndrome.

Cardiac arrest and heart attack are familiar to most people, but many times people get confused with one another. While there can be some overlapping between them in terms of cause and effect, they are distinct heart-related issues, each with a different set of causes and treatments.