What kids really talk about when there are no adults

Most parents have wondered what their little ones get up to when they’re not around, and this hilarious new video gives finally gives an insight.

A group of children were filmed enjoying their lunchtimes when they discussed everything from future careers to what they really think of their folks.

One little girl said she wanted to be a teacher so she can ‘boss everyone around’ but her friend suggested that she be a lunchbox instead.

Another girl said she loved her parents because they let her ‘wake them up’, while her classmate said she loves getting cuddles from them.

Child psychologist Dr Sam Wass revealed that the conversations children have over lunch are preparing them for the rest of their lives.

One girl said: ‘I want to be a policeman because I want to defeat bad guys.’

While her classmate said she wanted to be a doctor so she can ‘fix people’ and another is planning to be a horse-rider, but ‘doesn’t really know what they do’.

After one of the girls said she wanted to be a teacher so she could be bossy, her male classmate suggested a more unique career. 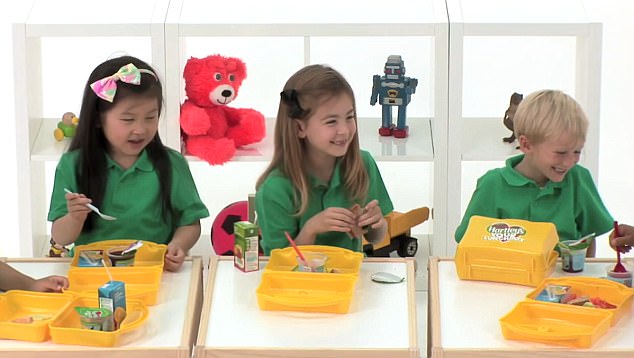 The group discussed their future careers, their parents and even secret boyfriends

Talk then turned to what the children thought of their parents, with one girl saying she liked to wake her parents up.

Another child was a little more kind about her parents, saying: ‘I love my parents because they cuddle me all the time.’

Some of the conversations were a little more surprising, with one little girl bragging that she had a boyfriend – but the relationship wasn’t going well. She said: ‘I have a boyfriend and I see him at the park. Every time I see him he hides from me.’

The makers of Hartley’s Jelly Pots have created a web series called Little Ones Who Lunch revealing what children talk about at lunchtime. 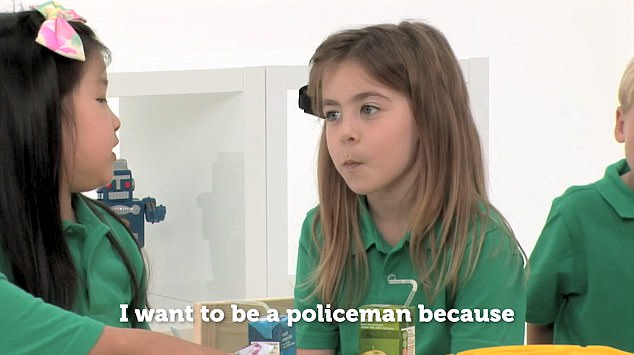 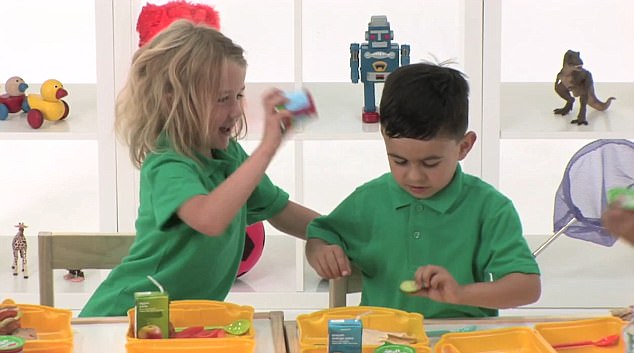 HOW KIDS’ LUNCHTIME CONVERSATIONS ARE SHAPING THEIR FUTURES: A PSYCHOLOGIST’S VIEW

The company worked with a child psychologist Dr Sam Wass, who is behind Channel 4’s Secret Life of a Four Year old, and revealed that conversations children have on their lunch breaks are actually preparing them for their real world.

Dr Wass said: ‘Kids pick up on everything around them so it is no wonder that they like to talk to their friends at lunchtime about the same things they hear their parents chatting about.

‘From the research we know that almost half of kids love to speak to their friends for up to 30 minutes over their lunchbox. Having an exciting and interesting lunch will help stimulate this conversation and give them new and exciting topics to discuss.

‘School lunches are preparing kids for the dinner parties of the future, learning important social and communication skills that makes it one of the most important parts of the school day.’ 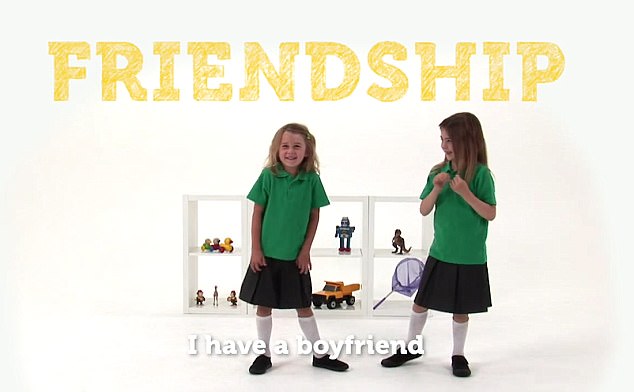