What Ryan Phelan is accused of in allegedly assaulting Chelsea Franklin

EXCLUSIVE: How an argument over dodgy Hunter Valley accommodation allegedly led to Seven star Ryan Phelan to grab ballet teacher girlfriend around the chest and neck and throw her to the ground

The girlfriend of former Channel Seven presenter Ryan Phelan has alleged that the TV star grabbed her around the neck and chest, dragged her across a room of their house and ‘threw’ her to the ground.

Daily Mail Australia can reveal the nature of the allegations ballet teacher Chelsea Franklin has levelled against the ex-Daily Edition host, 45, who has pleaded not guilty to two assault charges.

In an application for an apprehended violence order lodged with Manly Local Court, police allege Phelan and Ms Franklin had returned early from a holiday in the Hunter Valley on Saturday, June 20.

The pair had an argument with each other over the quality of their accommodation and when they got home, Ms Franklin claimed Phelan was in a ‘cold’ mood toward her and ignored her for the rest of the day.

Court documents said Ms Franklin then confronted Phelan in the downstairs area of their Frenchs Forest home about 5.15pm, by throwing records from his music collection.

Longtime Seven Network television presenter Ryan Phelan has been charged with assaulting his estranged girlfriend Chelsea Franklin (together, above). He denies the charges 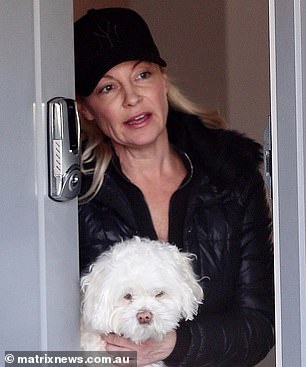 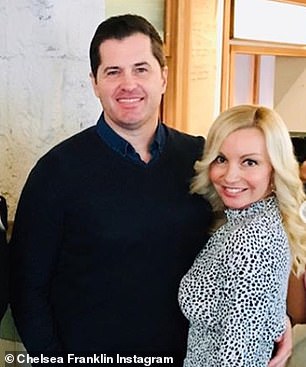 Ms Franklin (left) went to police claiming she was assaulted by her de facto partner Ryan Phelan (together on right) on June 20. Phelan has ’emphatically’ denied assaulting Ms Franklin and pleaded not guilty to two offences 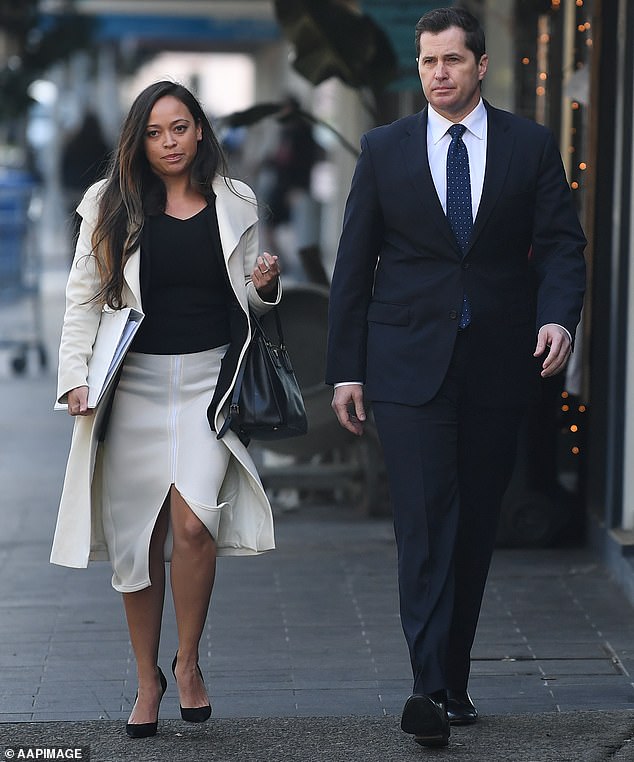 Phelan with his solicitor, Claudette Chua, during his first appearance at Manly Local Court a week ago

The police AVO application said: ‘(Ms Franklin) picked up one of the defendant’s music records from a shelf and said: “It seems like you care more about these records than me”‘.

The AVO application alleged Ms Franklin then threw the ‘records’ on the ground and Phelan approached her.

This is my house, you f***ing get out

What Ms Franklin alleges Phelan said to her in court documents

‘(Ms Franklin) alleges the defendant grabbed her around the chest and neck area, placing her in a hold and dragged her across the room before throwing her to the ground.’

The court document alleged she felt ‘immediate pain to her neck and collarbone area’ and ‘sustained bruising to the shoulder and chest area’.

The document alleged: ‘(Phelan) said to (Ms Franklin) “this is my house, you f***ing get out’ before the defendant walked off to the kitchen’.

The document claims Ms Franklin then collected her belongings and went to police with her teenage daughter where she was visibly shaking and in tears.

Phelan was later charged with assault occasioning bodily harm and common assault, which he emphatically denies.

The alleged assault came just two day after Phelan was told he was being made redundant by Seven and the show he co-hosted with Sally Obermeder was being axed.

Phelan was granted conditional bail a week ago and an interim apprehended violence order is in place with standard conditions banning him from approaching her. 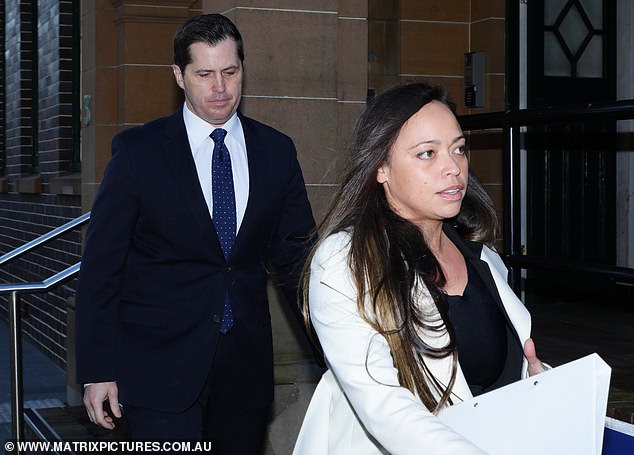 June 19: Seven announce The Daily Edition will be axed. Phelan is made redundant

June 22: Phelan is charged by police with two counts of assault

June 30: Phelan pleads not guilty to the charges

Outside court last week, Phelan’s solicitor Claudette Chua claimed the allegations against her client were ‘false’ and said her client had been cooperating with the police investigation.

‘Mr Phelan has been cooperating with police. He respects and understands that the police, and the courts, have an obligation to take any allegation of domestic violence very seriously,’ she said.

Daily Mail Australia understands one of the arguments his lawyers will use in court will be self-defence. The case returns to court on August 11.

Court documents said he had no history of violence or criminal record and he was granted conditional bail to live with a friend.

The documents said he has only had contact with Ms Franklin over email, court documents revealed.

Police applied for an interim apprehended violence order with standard conditions ordering him not to menace, stalk, harass or approach Ms Franklin.

He was not required to report to police while on bail.