‘It isn’t good what you have done’: What Sergio Ramos told Cristiano Ronaldo in the dressing room after the Real Madrid star said he could leave following the Champions League final

Sergio Ramos scolded Cristiano Ronaldo in the dressing room after the Champions League final after the Real Madrid forward hinted he could leave this summer.

Ronaldo made a typical bid for the spotlight after Real beat Liverpool 3-1 in Kiev on Saturday, despite having a quiet game where he was overshadowed by Gareth Bale’s overhead kick, Loris Karius’ errors and Mohamed Salah’s injury.

Speaking to the media after Real had earned a third successive Champions League title, Ronaldo hinted that he could leave the Bernabeu this summer in an completely unexpected move. 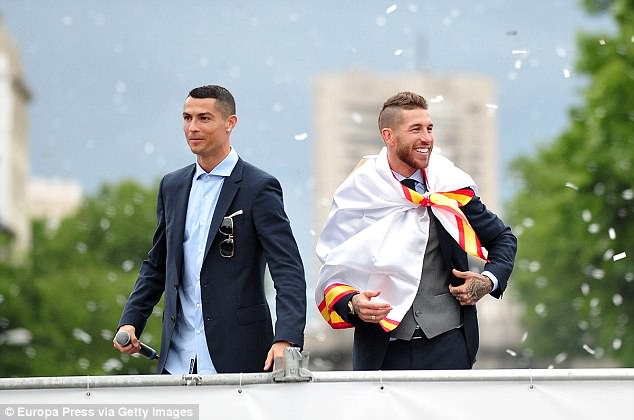 He said: ‘In the coming days there will be answers about my future. It has been very nice playing for Real Madrid.’

Now, the reaction of Ronaldo’s team mates has been revealed, according to reports in Spain, with Real captain Ramos said to have made his feelings very clear to the five time Ballon D’Or winner after learning what he had told the media.

According to Marca, Ramos told Ronaldo in the dressing room after the game: ‘It isn’t good what you have done, it wasn’t the right time to say it.

‘Wait. Do not insist. You have to take a step back and we will help you. We are with you, but you must help too.’ 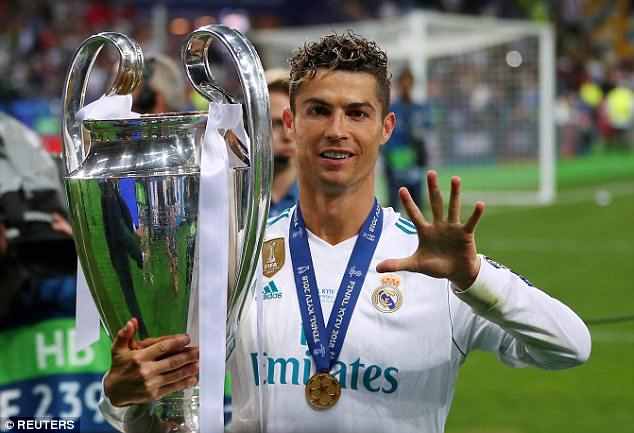 Ronaldo has changed his tune somewhat since his startling initial remarks, and the apparent telling off from his captain.

He spoke to reporters in the mixed zone at the Olympic Stadium in Kiev, where he said he would seek clarification on his future in the coming days.

Then on Sunday, at Real’s trophy parade, Ronaldo had completed a total turnaround as he was given a hero’s welcome by the fans.

He said: ‘See you next year. I feel proud to play for the biggest club in the world. I’m very comfortable here. With these players it’s impossible not to win.’

Ronaldo has previously hinted at a Real exit only to remain in Spain – the club must now hope that this is more of the same, and Ramos’ words have had an effect. 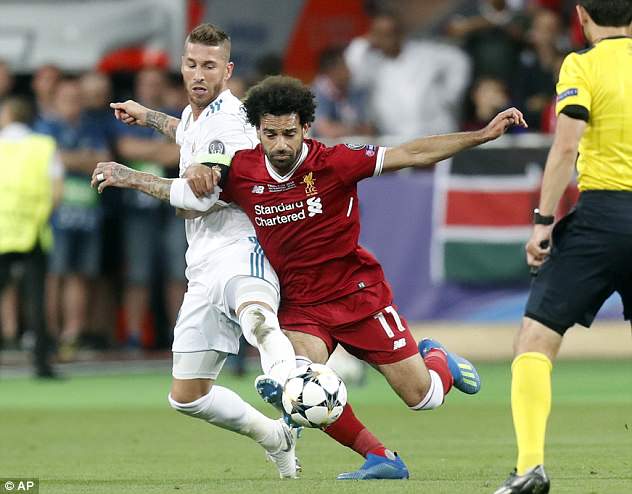