What to see in Mexico City in a one-day trip 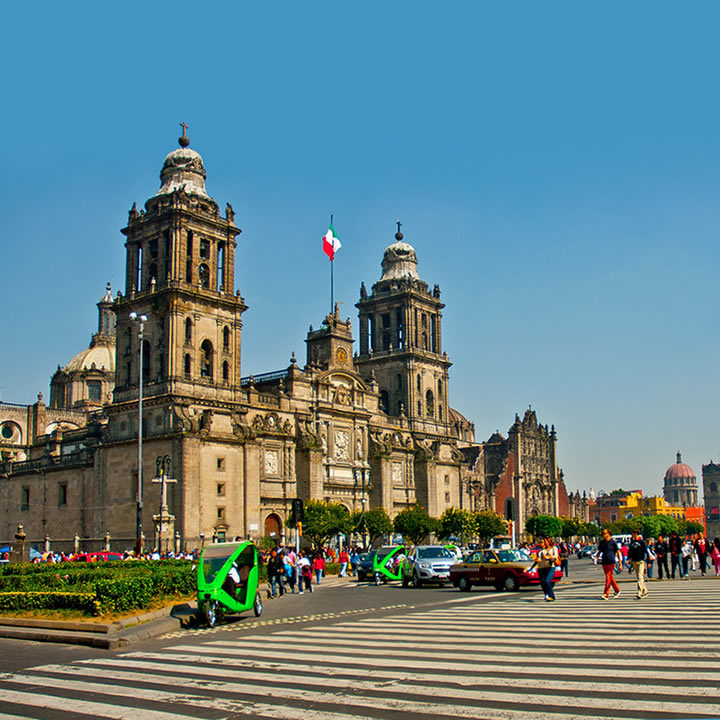 Mexico City is one of the largest known cities in the world, and one of the most densely populated on the planet. The city is located in the beautiful valley of Mexico City, surrounded by high mountains and volcanoes.

Mexico City is a place of contrast, where ultramodern skyscrapers are adjacent to the ancient pyramids, poverty-stricken areas with magnificent palaces of past centuries and modern buildings. Mexico City is full of history, vibrant colors, and centuries-old traditions.

Mexico City is an open-air museum that has preserved more than 1,400 monuments and historical relics. Within and around Mexico City, there are ten archaeological zones, eight universities, several academies, more than 80 museums, theaters, concert halls, and exhibitions.

Places to Visit in Mexico City

The Historical Centre is the central neighborhood in Mexico City, focused on the main plaza – Zocalo, and extending in all directions for several blocks.

The Zocalo is the main square in Mexico City and the largest in Latin America. It can hold almost 100,000 people. The Mexican flag flies proudly at the center of the square, surrounded by the National Palace, the Cathedral Metropolitana, hotels, and the local government offices.

North of Zócalo stands the Catedral Metropolitana, featuring a pair of 58-meter tall neoclassical towers that hold 18 bells. The Spanish Baroque style construction is one of the largest cathedrals in the western hemisphere.

This Latin-American Tower is a skyscraper in downtown Mexico City, situated in the historic city center. Its central location, standing 166 meters high, has a history that makes it one of the city’s most emblematic sights and famous landmarks of the city.

On the 44th floor, there is a mirador from where you can see most of Mexico City.

It is internationally recognized as an architectural and engineering landmark because it was the world’s first significant skyscraper built successfully in a highly active seismic zone. 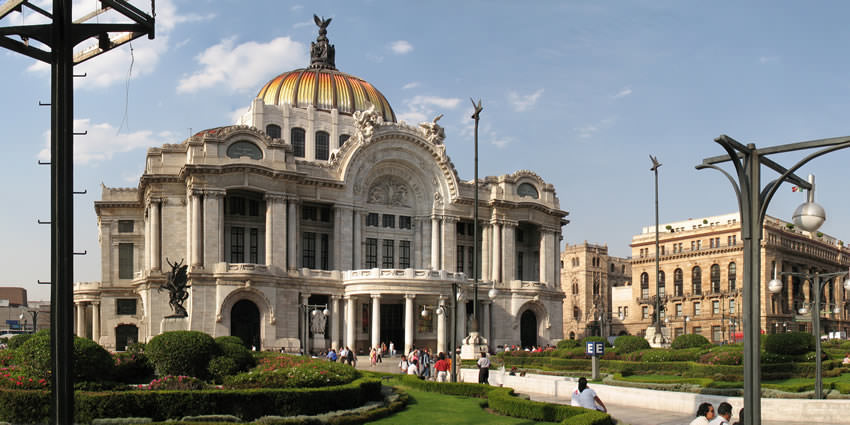 The Palace of Fine Arts is a prominent cultural center in Mexico City. The building is found on the western side of the historic center of Mexico City, next to Alameda Central park.

The exterior of the building is mainly Art Nouveau and Neoclassical, with the interior is mostly Art Deco. The building is renowned for its murals by Siqueiros, Diego Rivera, and others. And it hosts many exhibitions and theatrical performances, including the Ballet Folklórico de México.

The Alameda Central park is a garden paved with paths of decorative fountains and statues, often the center-point of civic events. The area also used to be an Aztec marketplace.

The name Alameda comes from the Spanish word álamo, which means a poplar tree that was planted here. This park was part of the ruler’s plan to develop the western edge of the city. It has since stood as a symbol for the traditional Mexican park, having many other parks in the country also take on the name “Alameda”. 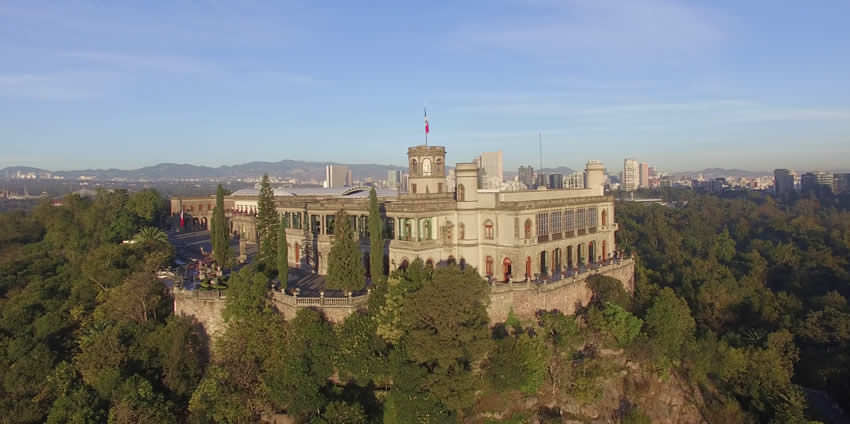 Chapultepec Forest is one of the largest city parks in Mexico, measuring in total just over 686 hectares. The Chapultepec considered the first and most important of Mexico City’s “lungs”, with trees that replenish oxygen to the Valley of Mexico.

The Castle of Chapultepec was built atop Chapultepec Hill. The building has been used for many things during its standing, including a military academy, observation, imperial and presidential residence, and a museum. It currently houses the Mexican National Museum of History.

On the Paseo de la Reforma is the column “Angel of Independence” – its main attraction.

Here are located a variety of shops in Mexico City and boutiques of the most famous world brands, many restaurants, and cafes where you can relax and have a bite to eat. 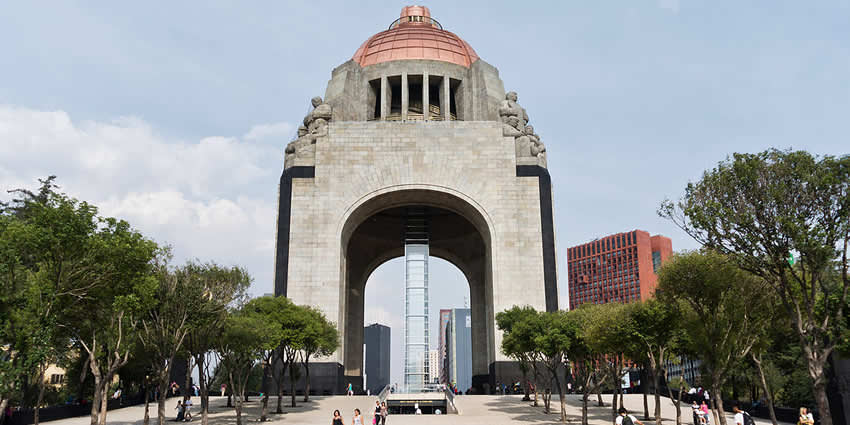 The Monument to the Revolution is a landmark and monument commemorating the Mexican Revolution and was built between 1932 and 1938 in the style of Mexican socialist realism.

The monument is a mausoleum for important leaders of the revolution, such as Francisco Madero, Venustiano, Francisco “Pancho” Villa, Plutarko Elias Calles and Lazaro Cardenas.

Under the monument is a museum dedicated to the Mexican Revolution.

This is the main square in the Tlatelolco area. The name is a recognition of the three periods of Mexican history reflected in the buildings on the square: the pre-Columbian, Spanish colonial, and independent nation.

The square, designed by Mexican architect and urbanist Mario Pani, was completed in 1966.

In 2011, Plaza Garibaldi was named as “Barrio Mágico”. At any time of the day or night, you can meet here mariachi groups. The best time to visit the square is on Friday and Saturday after 23:00.

Where to stay in Mexico City

You have lots of choices for finding lodging for your trip to Mexico City. Whether you prefer luxury hotels or budget-friendly accommodation, there are dozens of options available to fit your style. Visit The Nomadvisor to find recommended places of where to stay in Mexico City. Find the full and informative list of the best areas and neighborhoods on offer in much detail and great hotel & accommodation deals.