What Trump repeatedly shouted at his top economic advisers

President Donald Trump tore into his own advisors and demanded the U.S. slap tariffs on trade rivals during an August Oval Office tirade.

The lecture, which the White House didn’t deny, called out ‘globalists’ in his administration who had resisted instructions by the president to impose stronger measures on China – who Trump said was ‘laughing’ at the U.S.

‘For the last six months, this same group of geniuses comes in here all the time and I tell them, ‘Tariffs. I want tariffs,’ Trump said, in a report by Axios on the dramatic exchange.

Trump provided the dressing-down in front of his brand new chief of staff, John Kelly.

President Donald Trump tore into his own advisors and demanded the U.S. slap tariffs on trade rivals during an August Oval Office tirade

‘John, you haven’t been in a trade discussion before, so I want to share with you my views,’ Trump said as he got the ball rolling.

Trump complained that his advisors had only brought him an order to crack down on Chinese intellectual property theft.

‘And what do they do? They bring me IP. I can’t put a tariff on IP,’ Trump said.

‘China is laughing at us. Laughing,’ the president complained, using language familiar to attendees of his campaign rallies.

Kelly responded, according to the report: ‘Yes sir, I understand, you want tariffs.’ 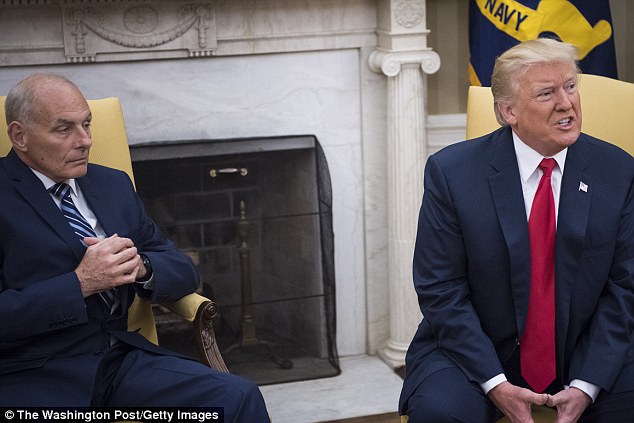 Trump conducted the Oval Office display in front of his new chief of staff, John Kelly 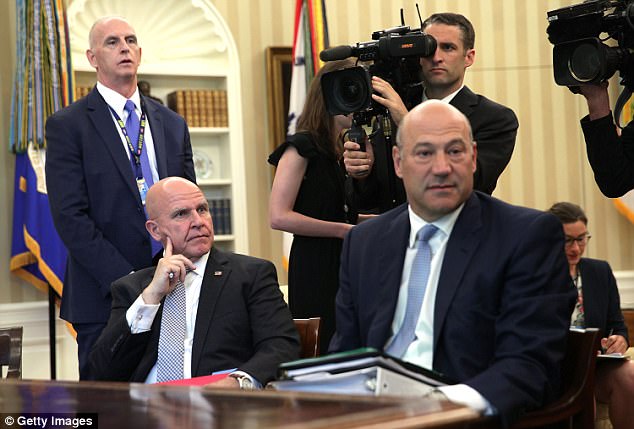 The president vented about ‘globalists’ in his administration, in a meeting that included National Economic Council Director Gary Cohn

Cohn recently admonished the administration following Trump’s comments about the Charlottesville violence. The former Goldman Sachs chair has been among the forces pushing a restrained approach.

After another advisor asked Trump if he didn’t want to sign a memo on intellectual property, Trump responded: ‘No, I’ll sign it, but it’s not what I’ve asked for the last six months.’

Then, turning to Kelly, the president said: ‘So, John, I want you to know, this is my view. I want tariffs. And I want someone to bring me some tariffs.’

‘Yes sir, understood sir, I have it.’

Trump blamed the inaction on ‘globalists’ in the room. That is a term of derision favored by Bannon, although it was Bannon who was out of the administration within weeks. 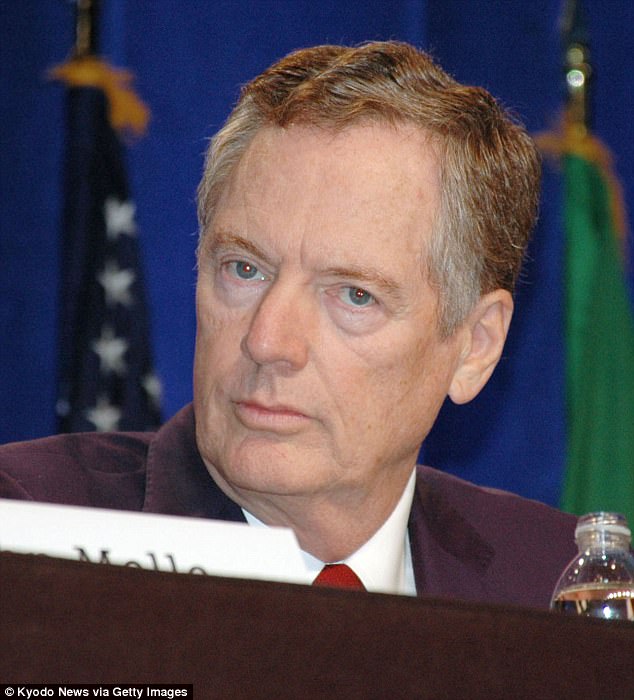 The president was unsatisfied with a memo that gave U.S. Trade Representative Robert Lighthizer (above) a green light to investigate Chinese intellectual property theft 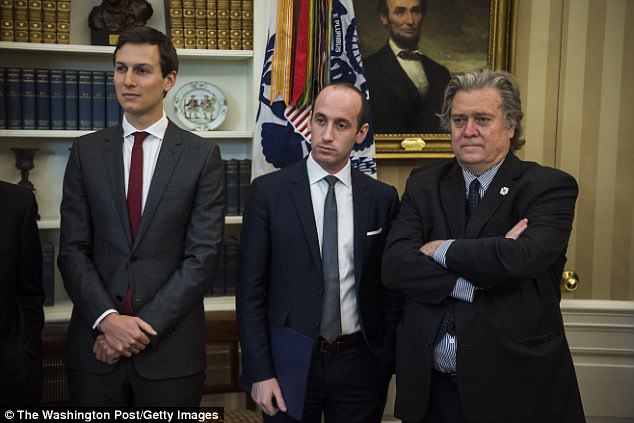 Ousted chief strategist Stephen Bannon was part of the meeting

Kelly ended the meeting with instructions for the group to work it out, according to the account.

CNN reported that Kelly, who was brought in to try to stem leaks and instill order on the White House, directed the aides to work out a response away from the president, which would shield him from the factional debate.

Among the trade actions the administration has taken are: the memo on intellectual property and investigations into alleged dumping of steel and aluminum.

Trump said when he signed the executive memorandum: ‘“The theft of intellectual property by foreign countries costs our nation millions of jobs and billions and billions of dollars each and every year.’

He added: ‘For too long, this wealth has been drained from our country while Washington has done nothing … But Washington will turn a blind eye no longer. It leaves it up to Lighthizer to determine whether to launch an investigation, and would not necessarily result in tariffs.

The terms of access to the Chinese market frequently require western firms to transfer technology over to China.