What will Brexit mean for YOU? How leaving the EU at will affect expats, driving, holidays

After years of wrangling, discussion, delay and elections, Britain will finally honour the result of the 2016 referendum and leave the European Union at 11pm tonight.

Though many will be celebrating Britain’s independence tonight, the country will enter a period of ‘transition’ until December 31, 2020, where all EU rules and regulations will still apply to the UK.

During this ‘implementation period’, both sides will hammer out the precise nature of what the relationship between Britain and the EU will look like – which still largely remains uncertain.

While Britons living in the EU – and Europeans living in Britain – will not be immediately affected by Brexit tonight, both will have hoops to jump through if they want to continue their current lifestyle.

Travel to the continent will need extra planning – especially with pets – and guaranteed free mobile phone roaming will come to an end in 2021.

But much is still unknown about what this year means for Britons, let alone the next year, so with Britain facing perhaps its greatest change in recent history, what happens after Brexit?

What happens to British expats living in EU countries?

The 1.3 million Britons living in the EU can continue to do so until the end of the transition period running until December 31.

The 1.3 million Britons living in the EU can continue to do so until the end of the transition period running until December 31

If they want to stay in the EU after that date, they must apply for permanent residence status by June 2021 and prove they have been there for five years.

Britons will be covered by the Withdrawal Agreement if they are a UK national lawfully residing in another EU country by the end of the transition period on December 31, 2020.

During the transition period, Britons living in the EU and their family members will be able to continue to live, work and study in the bloc just as they did before January 31, 2020.

Britons may need to apply for a residence status to confirm they were already resident in the EU country before December 31, 2020.

Will I be able to work in the EU?

The Withdrawal Agreement allows Britons to stay in the EU country they live in after January 31, 2020, with ‘broadly’ the same entitlements to work, study and access to public services and benefits as before the UK left the EU.

The agreement states that the family members of an EU citizen or United Kingdom national who have the right of residence or the right of permanent residence in their host country will be entitled to take up employment or self-employment there.

What if I want to drive abroad? 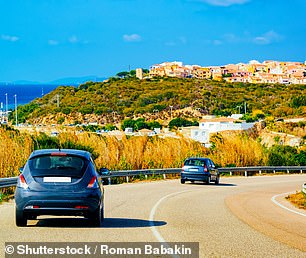 Driving licence rules will stay the same until at least December 31, 2020.

After this point, Britons will need to buy a £5.50 International Driving Permit.

Those living in Europe using their UK licenses will have to swap to a local license before the end of the transition period.

Motorists were warned that a No Deal Brexit would have forced them to have a GB sticker on their car.

During the 11-month transition period that won’t be necessary, but afterwards vehicles are likely to require them.

How will going through airports be affected? 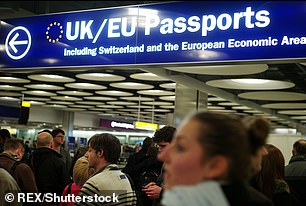 Britons will no longer be using the EU, EEA and Swiss citizens’ queues at airports

At the end of the transition period, it may become the case that Britons will have to show a return or onward ticket when travelling to EU countries, in addition to enough money for their holiday.

Britons will also no longer be using the EU, EEA and Swiss citizens’ queues at airports.

The Government says that from January 1, 2021, flights, the Eurostar, Eurotunnel, bus and coach services between the UK and EU will be able to run as before.

Airport security procedures will not change for direct flights to and from the UK, and there should not be delays at airport security if you change flights in EU airports.

Holiday plans: Will I need a visa to visit the EU? 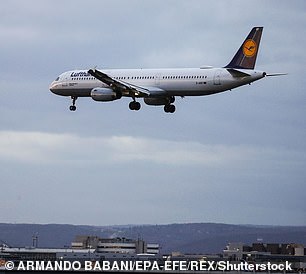 Holidays in 2020 will remain unaffected by Brexit, as the transition period continues

Holidays in 2020 will remain unaffected by Brexit, as the transition period continues.

But the European Commission says that visitors to EU countries will have to apply for a European Travel Information and Authorisation System waiver, similar to those necessary to visit America.

ETIAS will cost approximately £6 and be valid for three years, or until the date the traveller’s passport expires.

If you are a tourist, you will not need a visa for short trips to EU countries, Iceland, Liechtenstein, Norway or Switzerland.

You may need a visa or permit to stay for longer, to work or study, or for business travel.

Travel to Ireland will not change from January 1, 2021. You will also be able to work in Ireland in the same way as before

Can I still take my pets abroad? 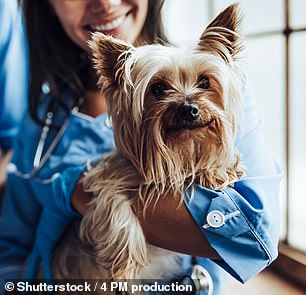 Pets of UK citizens will enjoy the same right to travel they do now until the end of the transition period.

But after this, it is possible pet owners will have to face waits of up to four months and extra costs before their animals are allowed to travel.

Pet passports will no longer be valid when the transition period ends in 2021.

Owners are advised to contact their vets four months before setting off.

Do I need to get a new passport?

Passports will remain valid until their expiry date as usual. 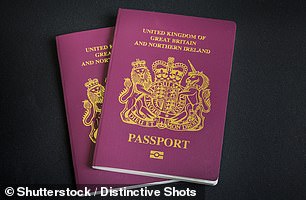 Passports will remain valid until their expiry date as usual

You may need to renew your British passport earlier if you are travelling from January 1, 2021.

On the day you travel, your passport needs to have at least six months left, and be less than 10 years old – even if it has six months or more left.

It usually takes 3 weeks if you need to renew your passport, but there is a premium service if you need it sooner.

What about my holiday cash?

Following Boris Johnson’s decisive victory at the General Election last year, the pound jumped against the dollar and euro in its biggest rally in three years.

Despite this, we cannot perfectly predict what will happen to exchange rates following Britain’s departure from the EU tonight.

How will EU citizens living over here be affected? 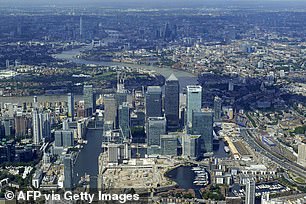 After then, Britain will switch to an Australian-style points-based immigration system, with those applying to live here having to meet certain criteria such as level of education and language skills.

Will British firms still be able to trade freely with Europe?

Current rules on trade, travel, and business for the UK and EU will still apply during the transition period.

Much of the future of UK-EU trading depends on how negotiations go during this period. 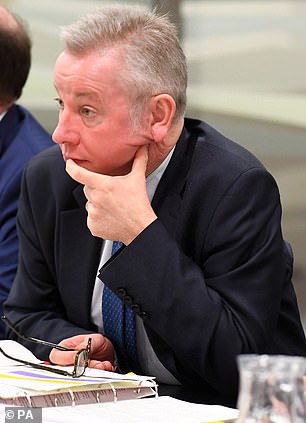 Michael Gove today admitted UK trade with the EU after Brexit will not be ‘frictionless’ as Boris Johnson prepares to ask Brussels for an ‘off-the-shelf’ future partnership agreement.

Mr Gove said the government wanted trade with the bloc to be ‘as frictionless as possible’ but conceded that the UK’s plan to diverge from some Brussels rules and regulations would mean the introduction of ‘some bureaucratic processes there that aren’t there now’.

Mr Gove said the EU had made clear that ‘you can only have fully frictionless trade if you accept all of their rules’ – something ministers have ruled out.

His remarks came as it was claimed Mr Johnson will use a big speech next week to ask the EU to negotiate a post-Brexit trade deal with the UK similar to the one Brussels struck with Canada.

Such a deal would allow for the almost tariff-free movement of goods but would not include services and would require customs checks at the border.

Are house prices going to be affected? 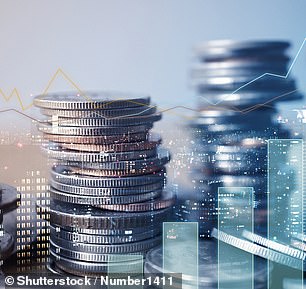 A recent Halifax house price index reported a 1.7 per cent jump in sale prices in December compared to November

This has been attributed to the certainty of Boris Johnson’s election success dispersing the uncertainty plaguing Britain over the Brexit issue. This means a post-Brexit market may see a boost in prices.

Predictions for house prices are hovering around 2 per cent growth across Britain, reports indicate.

It has been predicted that house prices will rise by £35,000 on average in the next five years, with large variations across the country.

The average value of a home in Britain is expected to rise 15.3 per cent, estate agents Savills predicted in November.

Will I need health insurance for my holiday?

European Health Insurance Cards will continue to be valid until December 31.

When the transition period ends, how this varies will depend on what deal the government strikes with EU leaders.

It is possible the EHIC will no longer be valid if Britain leaves without a deal.

Is free roaming for my mobile phone ending? 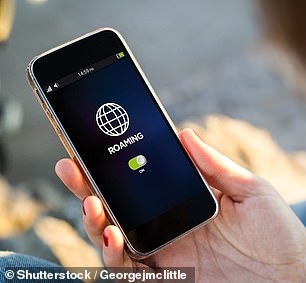 From January 1, 2021, guaranteed free mobile phone roaming throughout the EU will end

From January 1, 2021, guaranteed free mobile phone roaming throughout the EU will end.

Check with your phone operator to find out about possible roaming charges after this point.

A new law means Britons are protected from receiving mobile data charges above £45 without knowing.

Once £45 is reached, customers need to opt in to continue using the internet while abroad.

Are we going to run out of medicine?

Most suppliers have an extra six weeks’ stock, having stockpiled last year in case of a No Deal Brexit.

As much as 73 per cent of medicine imports come from the EU so any interruption of supply could cause severe shortages. 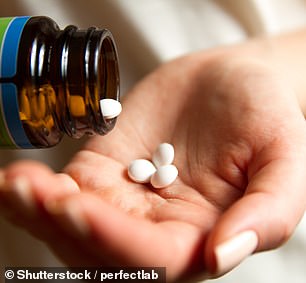 The Government says a key area of negotiation will be trade of medicine without tariffs.

If, after December 31, Dover and Calais become clogged with lorries, pharmaceutical firms have plans to use alternative ports so there is no delay in importing vital drugs.

Leading doctors have said more work is needed to ensure the supply of vital medicines is not disrupted after Brexit.

Practical questions surrounding the transport of prescription drugs across the Irish border still need to be resolved, according to the BMA in Northern Ireland.

Chairman Dr Tom Black said: ‘One of the key issues in resolving our health crisis will be the recruitment and retention of doctors and other healthcare staff.

‘Freedom of movement has enabled doctors and other healthcare staff to travel, work and teach across Europe, letting those from the EU to both contribute to and learn from the NHS, while UK-trained clinicians have been able to share their skills in other European nations.’

Will our police still be able to chase international criminals?

Britain remains part of the European Arrest Warrant (EAW) scheme under which criminals in Europe can be arrested and extradited to the UK quickly.

Our police forces will continue to use the resources of Europol, Europe’s police force, but membership of it and the EAW will end after the transition period if the Government does not strike a new deal.

More than 54,000 files on foreign criminals have been copied into databases by the National Crime Agency in case the UK loses access to European databases. MI5 and MI6 will continue sharing intelligence with EU countries.