What would YOU do? ‘Morality test’ video shows stranger give advice to woman with opioid dependency

What would YOU do? ‘Morality test’ video shows stranger’s kind reaction to mom who seems to take opiods as her family try to stop her

A new video shows how strangers react as a woman is confronted by her family about her increasing dependence on opioid medication.

The scenario was recorded in a coffee shop in upstate New York for Friday’s episode of What Would You Do? – the long-running ABC program that uses hidden cameras to reveal how people respond in different situations.

In the clip, a group of actors – whom surrounding patrons believe are a real-life family – become embroiled in an argument after the ‘mother’ complains of back pain and pours out prescription pills.

Strangers watch on as the situation grows increasingly intense, before a lady at a neighboring table intervenes with some words of wisdom. 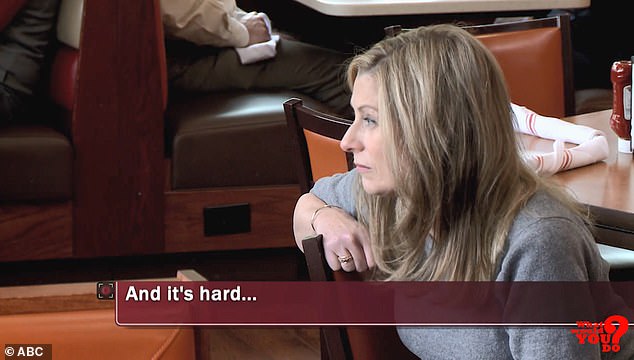 The lady tells the mother that her family is not attacking her with their concern .

‘They’re loving you,’ she says as she leans over to impart her advice.

The mother tells the elderly lady that she needs the medication in order to combat her back pain.

‘I understand, I have a lot of issues in my old age, and you have to learn how to cope without the medication,’ the lady replies.

‘Its hard, but you have to become very strong and positive in your thinking and seek the right help.’

When the mother asks what she should do with the pills, the elderly bystander advises her to flush them down the toilet. 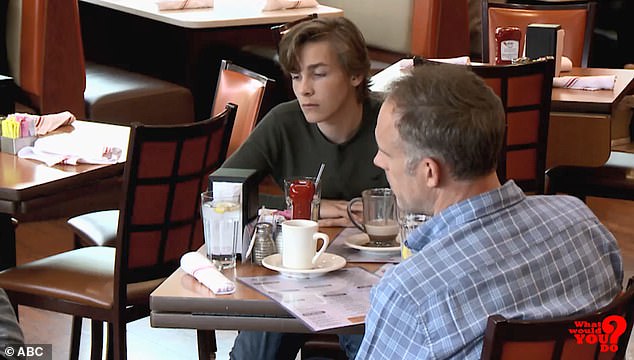 ‘They’re a crutch you don’t need. Look at what you have, you have the best crutches in the whole world, are you joking?’

She continues: ‘You are so much stronger than this stupid stuff. You have the world, baby. You’re a lucky lady!’

Producers say they were heartened by the lady’s kind reaction, and were happy to see strangers intervene when it comes to opioid abuse.

Prescription drug abuse has become a national crisis, with an average of 130 American dying each day from opioid -related drug overdoses, according to the Health Resources & Services Administration.

Approximately 80 percent of the global pharmaceutical opioids  are consumed in the United States, and in 2016 more than 289 million prescriptions were written for opioid drugs across the country.

The full scenario will air on tonight’s episode of What Would You Do airing at 9pm ET on ABC. 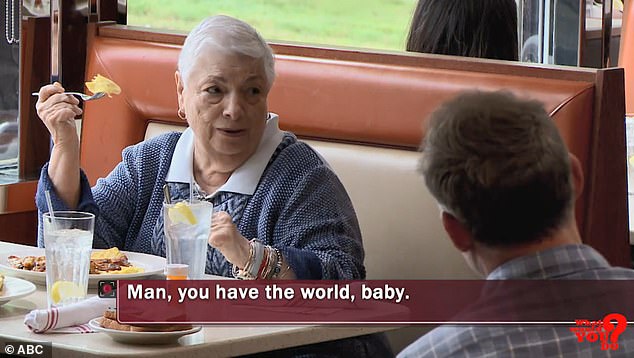 Producers say they were heartened by the lady’s kind reaction, and were happy to see strangers intervene when it comes to opioid abuse