‘What year is it?’ Mueller report will be delivered on a CD-ROM

Robert Mueller’s investigators spoke to 500 witnesses, all of whom could have been charged with lying to the FBI. They ranged from top level figures like Paul Manafort, Don McGahn and Michael Cohen to obscure personalities like George Papadopoulos – and people are the very heat of Trump’s inner circle, including Hope Hicks, his former communications director who  had worked for him even before he ran for president.

It cost U.S. taxpayers $25 million to fund the Mueller investigation as of February, and it was wrapped up by the end of March, meaning the cost is expected to be slightly above that figure.

Mueller was appointed to begin investigating Trump and his campaign’s possible collusion with Russia on May 27, 2017. He handed over his completed report on the investigation to Attorney General Bill Barr on March 22, 2019. 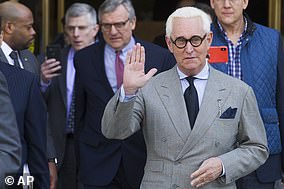 22 guilty pleas (many from Paul Manafort) 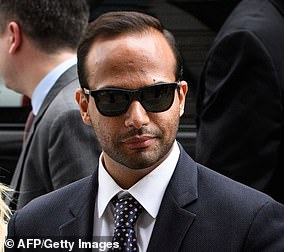 Eight of the pleas came from Trump’s former attorney, who cooperated with Mueller’s investigation, Michael Cohen. Another 8 came from Paul Manafort for bank and tax fraud.

The dossier drawn up by ex-British spy Christopher Steele detailed claims of degrading sex acts in Moscow which Trump denied ever happened. It also detailed claims Trump was in the pocket of the Kremlin, and was used to start the counter-intelligence investigation which morphed into the Mueller inquiry. Trump’s disgust and anger at what he says is a smear has erupted in public repeatedly. Steele has said his dossier was never verified or supposed to be made public.

Trump repeatedly attacked Mueller’s team, claiming they were biased. He initially said they were 13 ‘angry Democrats’ running the ‘witch hunt’ but later upgraded that to 18.

When Mueller handed in his report, it spawned its own report- from William Barr, the attorney general, to Congressional leaders. It meant Trump’s appointee offered the first draft of histoshry, saying Mueller cleared Trump of colluding with Russia and that Barr cleared him of obstruction of justice..

In his quest for information Mueller’s team issued almost 3,000 subpoenas. 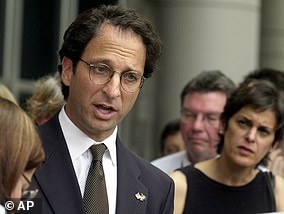 As the probe proliferated, the legal team grew to 19 lawyers. One was Andrew Weissmann, who joined the team after taking a leave of absence from his job leading the Justice Department’s criminal fraud unit.

Three of the other lawyers to join Mueller’s probe into Trump included Jeannie Rhee, James Quarles and Aaron Zebley. All three are former employees of WilmerHale, a “Big Law” law firm where Mueller had worked.

There were 40 agents, intelligence analysts, forensic accountants and other staff from the bureau that assisted with the investigation in some capacity.

Trump referenced Mueller on Twitter 107 times and tweeted about the ‘witch hint’ – his nickname for the probe – 185 times throughout the duration of the investigation. 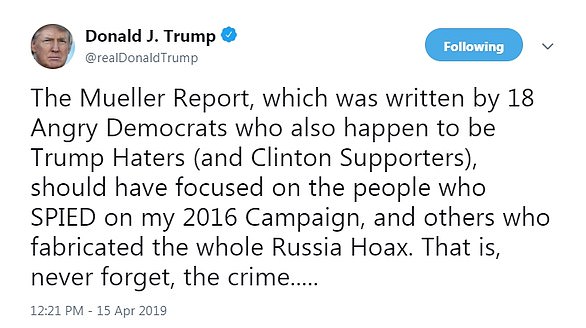 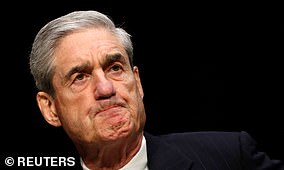 There is only one Mueller report but whether you ever see it in its entirety remains unknown. Some members of Congress and their staff will be able to see it without redactions, and the Democrats are already promising an epic constitutional legal battle which is likely to go all the way to the Supreme Court for the public at large to see it.