What your office emails REALLY mean

We all know that communicating by email rather than picking up the phone to have a conversation can lead to misinterpretation as the tone is a lot harder to judge.

But now 9GAG has solved the problem once and for all with a hilarious guide to the true meaning of some of the most commonly used email phrases.

And if you’re used to receiving a ‘sorry for being unclear’ or ‘hope this helps’ from your business contacts, then you’d better watch out as the translation isn’t necessarily a friendly one.

According to the site, writing ‘let me clarify’ is really a polite way of saying: ‘You completely misunderstood my last message, you idiot.’

While ‘hope this helps’ is merely a way to give people the hint to stop bothering you.

Mixed messages! If you want someone to never darken your inbox with their inquiries again, then this is apparently the way to go about it, according to a hilarious viral thread by 9GAG

The thread posted to Facebook  has received 16,000 likes and 2,300 comments with people sharing their own passive aggressive favourites.

One said they use ‘my apologies for any miscommunication’ when they are anything but sorry.

Another said they like to add that an email is ‘a friendly reminder’ when they are about to explode with rage at not receiving a reply.

And one said they tell people ‘if you have any questions, don’t hesitate to let me know’, when in fact they are hoping to never hear from them again.

However, many disagreed with the idea that kind regards equates to saying ‘f*** off’, saying it’s the way they always choose to end their professional emails. 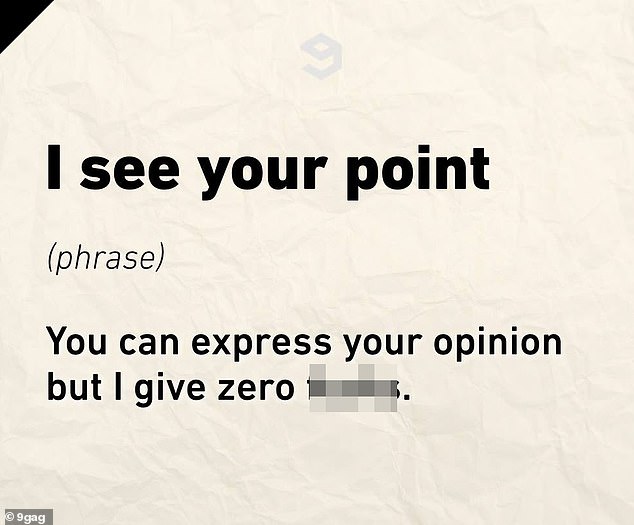 The height of passive aggressive! It might sound like the person is sympathetic to your inquiries, but really you’re getting nowhere 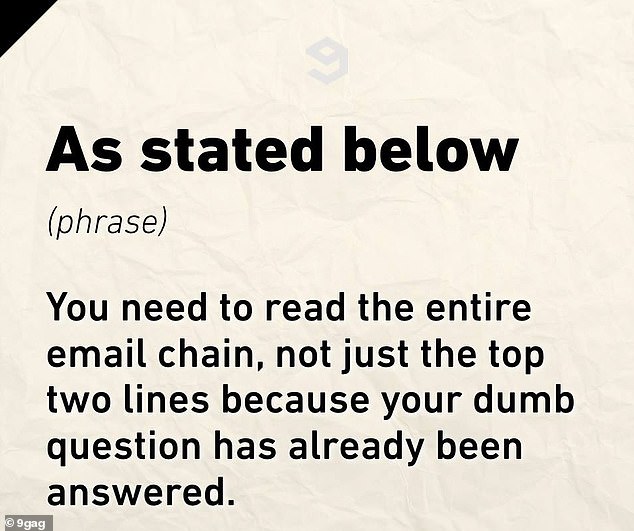 Before asking any questions, it pays to read right through the email thread or risk irking the person you’re communicating with 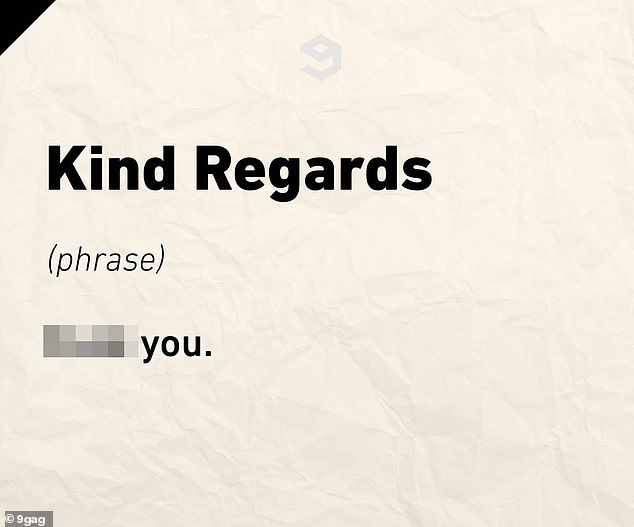 Polite or vengeful? Some people admit to using ‘kind regards’ when they meaning anything but, while others say it’s their go-to sign off 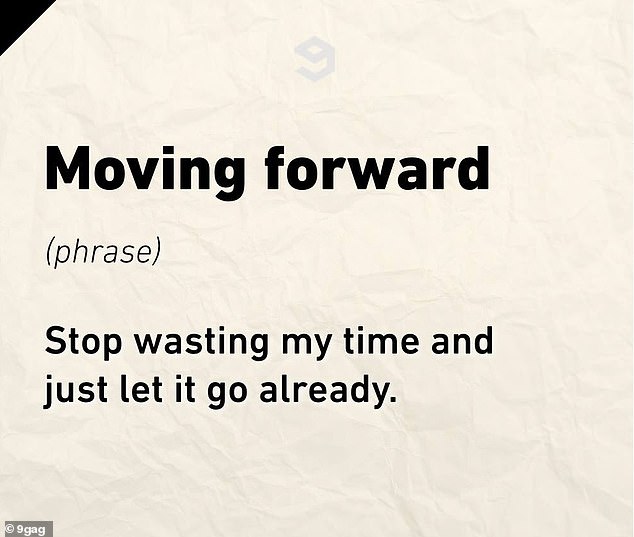 An ominous sign? If someone wants to do things differently in the future, then it’s probably not a positive! 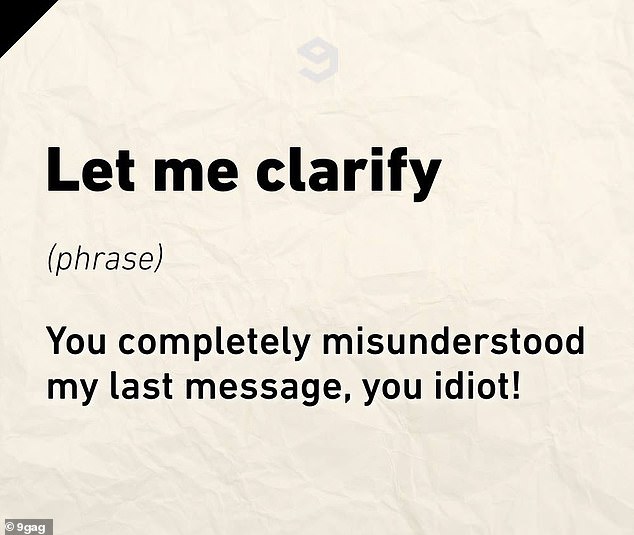 Clarification conflict! If you see this on an email then you might  as well take it that the person writing to you is not impressed 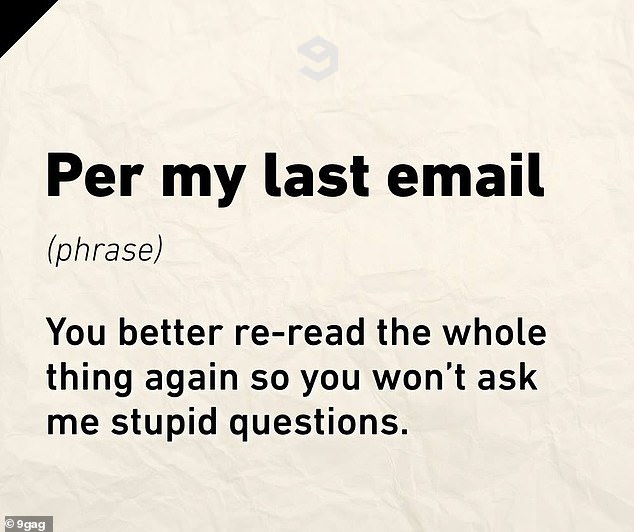 The dreaded ‘per my last email’: Sometimes, it just pays to have a thorough read through before asking any questions! 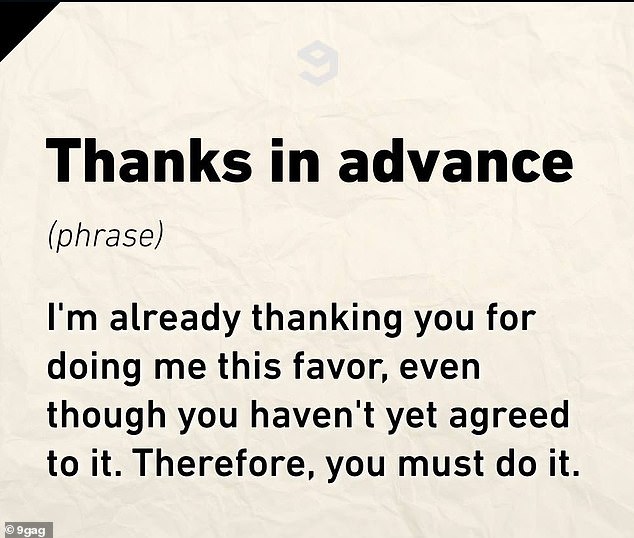 A clever tactic? Thanking someone in advance subtly applies a bit of pressure and guilt to convince them it has to be done 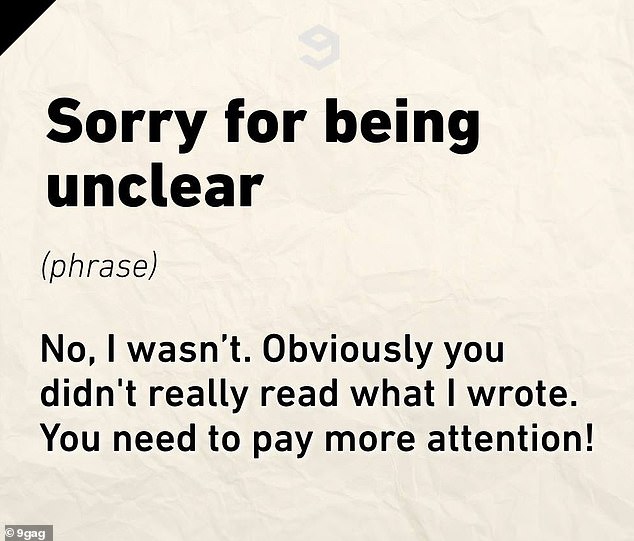 You may not have understood what they were saying, but if you receive this the sender is convinced that they were absolutely clear and you’re the one to blame 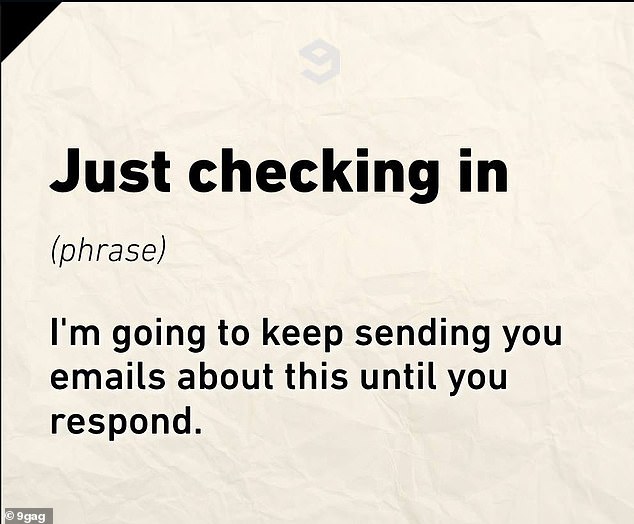 It may sound casual, but ‘just checking in’ means you’re going to be harassed until you finally pay attention and reply 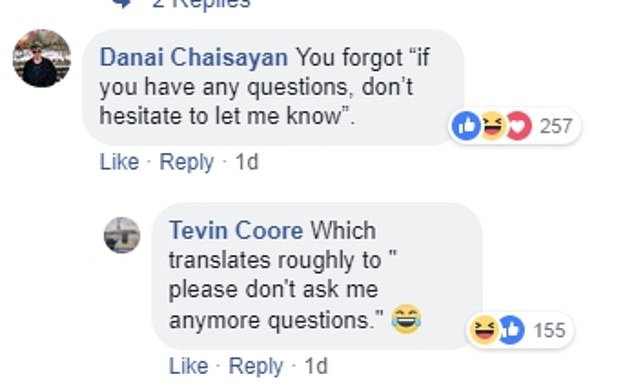 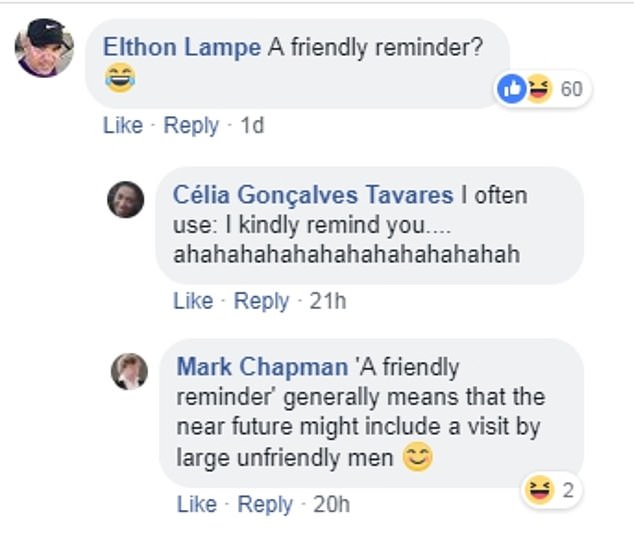