What’s Next For Australian Businesses After Latest Shutdown 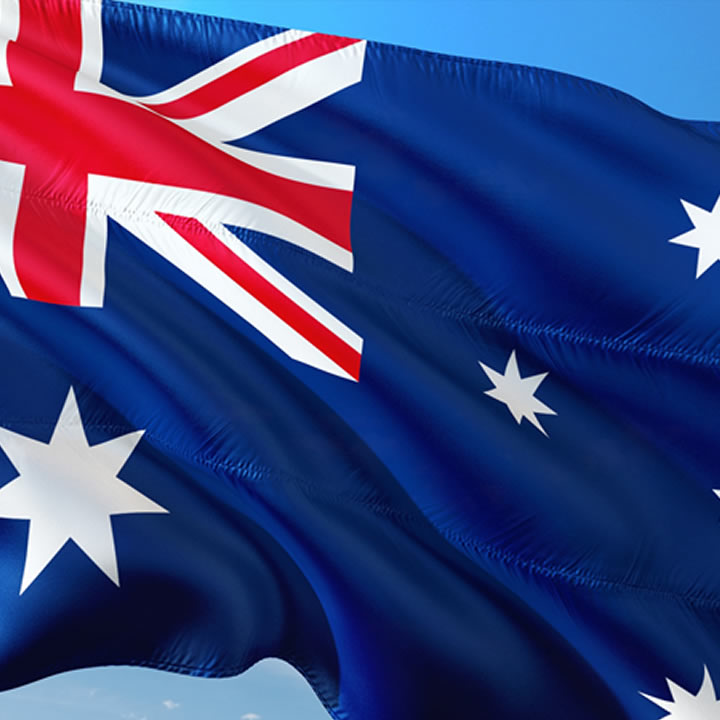 Australia may have declared a premature victory against the coronavirus in early May. Unfortunately, a new outbreak in July prompted the closure of the Victoria and New South Wales border for the first time since the Spanish flu pandemic in 1919.

The decision to lock down millions of people followed Victoria’s largest one-day increase in COVID-19 infections at 127 new cases.

As the pandemic could spread across Australia again, businesses of all sizes are once again fighting for their survival. For many businesses, the past few months resulted in rising debt coupled with little to no new revenue.

Small-and-medium-size businesses (SMEs) may want to consider ways refinancing their business loans ahead of further uncertainty as saving money on interest expenses is always a good strategy.

From Struggling Economy To First Recession In Decades

The Australian economy started off 2020 on a poor note and the COVID-19 pandemic exasperated the economic struggles many times over. During the first quarter of 2020, the Australian economy grew by just 1.4% year-over-year, marking the weakest level of quarterly growth since 2009.

Australian SMEs are the backbone of the national economy, accounting for 98.8% of all businesses. They were dealt a major blow at the start of the year from devastating bushfires and a draught. Within months, the full effect from the COVID-19 pandemic was felt across Australia. SMEs were forced to either close their doors temporarily or permanently while many others scrambled to get their hands on government loans.

The Australian economy ultimately dipped into its first recession in nearly three decades. Among those most impacted was those aged 15 to 24 as the unemployment rate rose to 16.1%.

Australia fared much better than many other countries in handling the COVID-19 pandemic. It wasn’t until mid-May the total death toll exceeded 100. This may have better positioned Australia and its many SMEs to emerge from the pandemic in a better footing compared to other countries.

Encouragingly, the International Monetary Fund forecasted Australia would rank second in the world in terms of an economic recovery.

The Australian economy was modeled to contract by 4.5% for the full year, followed by a 4% rebound in growth in 2021. By the middle of 2022, Australia’s economy is expected to return back to pre-virus levels.

But the optimistic outlook came with a series of conditions — none of which was a return to a shutdown.

Most notably, the government needs to maintain a consistent level of wage subsidies and assistance to the many SMEs who need help. Approximately 66% of all businesses in Australia record less revenue compared to the same period in 2019 while three out of ten businesses suffered a revenue hit of more than half.

SMEs have a few more months of financial relief before a plethora of bills will come due. Specifically, by the end of September, government initiatives like payroll and land tax deferrals will become due. At the same time, SMEs are expected to repay their business loans, mortgages, rents, and other similar expenses.

Calls for the government to continue financially supporting businesses are coming from the Australian Industry Group, Business Council of Australia, and Council of Small Business Organisations.

Kate Carnell, the small business ombudsman raised other lesser talked about issues that would impact SMEs. As an example, 40% of small businesses are owned by women so the reintroduction of childcare fees.

She said: “Free childcare was a godsend for them — without it, they will struggle significantly.”

The fate of tens of thousands of SMBs lies in the hands of the government. A surge in closures and bankruptcies could be the new norm unless the government listens to the experts on the ground.

Is The Latest Shutdown A New Concern?

Metropolitan Melbourne and the Mitchell Shire were ordered to return to a “stage three” shutdown in early July. People can only leave their homes to shop for essential supplies, compassionate care, exercise, and to go to work. Restaurants and bars can only provide takeaway services while gyms, beauty clinics, and similar establishments must completely shut down.

Needless to say, this represents a major setback in what should have been one of the world’s most impressive economic recovery stories. It remains unclear if the new round of lockdowns will permanently damage the economic recovery or merely push back expectations for a recovery by mid-2022 by just a few months.

The state of Victoria represents 25% of Australia’s GDP and Deloitte’s Chris Richardson commented “the need for tighter restrictions has sent job losses soaring and consumers hanging on to their cash rather than spending it.”

But Australia’s “relative success” in combating the virus the first time around gives reason to believe the recession “may well have already passed its worst,” according to Richardson.

A final unknown that could have drastic implications on Australia’s SMBs is the country’s diplomatic and economic relationship with China. Australia led an international effort to push for an independent inquiry into how China handled the early days of the pandemic.

As expected, China fought back and exerted its economic influence against Australia. Some of the early measures include an 80% tariff on Australian barley and alternative markets like Saudi Arabia and Japan could result in less revenue for farmers, and likely job losses or even bankruptcies.

Could Australia start ramping up pressure against other Australian exports? It certainly is possible, although it is too early to tell.

Bottom Line: Time Is On Australia’s Side

Australian businesses are struggling and no amount of government stimulus or handouts can last forever. Even once the pandemic comes to an end through a vaccine or herd immunity, the Australian people will need to band together to reignite the economy.

Failure to do so will result in prolonged economic difficulties, a surge in bankruptcies, and millions of people out of work.