What’s next for Bailey Smith after drugs confession: How disgraced star could suffer under AFL rules

Star Western Bulldogs midfielder Bailey Smith has admitted to being photographed with an illicit substance after a picture emerged on Saturday showing him with a bag of white powder.

It was soon followed by a video that appeared to show him snorting an unknown substance in a nightclub.

The Bulldogs star made no excuses and owned up to his indiscretions, saying they took place when he was on a break from footy after his team’s 2021 grand final loss – but that won’t be enough to save him from being punished by the AFL.

‘I have made mistakes. I am very aware of that, and I fully own it,’ he said in a statement released on Saturday.

‘I unreservedly apologise to my family, my teammates, my club and its sponsors, the AFL, my supporters and my sponsors.

‘I have made mistakes, but I resolve to learn from each and to do all I can to avoid letting myself down, and those around me.’

The incident occurred during the AFL off-season after the Bulldogs grand final loss and before Smith took personal leave for mental health-related issues.

Under the AFL’s illicit drugs policy, players who test positive to illicit substances are protected by anonymity, receive no suspension, are fined $5000 and are required to undergo counselling.

While this would be a first drug offence for Smith, his case is different because his first strike has played out in a public forum.

Former Essendon and St Kilda player Jake Carlisle is a recent precedent of a player taking illicit substances and being found out on social media.

A video of Carlisle snorting an unidentified white powder was circulated prior to the 2016 season and the defender cut short an overseas holiday and apologised for the incident.

Under the AFL’s illicit drugs policy, he received a first strike and a two-match ban from the AFL. He also lost a marketing contract work $50,000.

Carlisle was also required to undertake an alcohol and drug rehabilitation program.

The ban issued to Carlisle was unique to his circumstances and came after a meeting involving his manager Anthony McConville, the AFL, the players’ association and St Kilda. 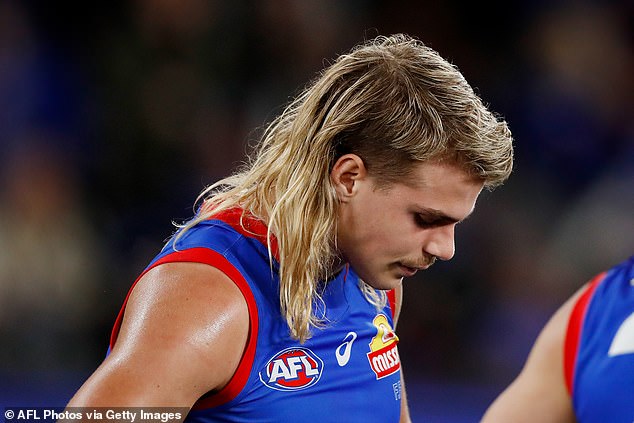 Smith is just 21 but is already at a career crossroads. He has owned up to his mistakes and has vowed to work on creating a better version of himself

Carlisle said at the time the ban was a mutual agreement.

‘I’m prepared to own up to what’s happened. I just want to move forward and be better for it as well. I do regret it – it’s a big mistake’.

Under the terms of Carlisle’s ban, the suspension had to cover AFL matches, not pre-season games or VFL matches. There was also a four-game suspended ban that would be triggered if he committed a second offence.

Former GWS star Shane Mumford was also filmed snorting white substance off a table. The video was made public in 2018 but dated back to 2015 when he suffered a season-ending ankle injury.

He was also suspended for two matches and fined $25,000 – in line with the penalty handed out to Carlisle.

Then-Adelaide Crows pair Brad Crouch and Tyson Stengle also copped bans in 2020 after police found them to be in possession of an illicit substance.

Stengle was issued a four-match ban while Crouch was given a two-game suspension. Both were required to attend a drug and alcohol education course prior to the 2021 season.

Stengle received a larger ban because he had breached AFL Return to Play protocols. While that was over a separate incident, the misconduct triggered a larger suspension. 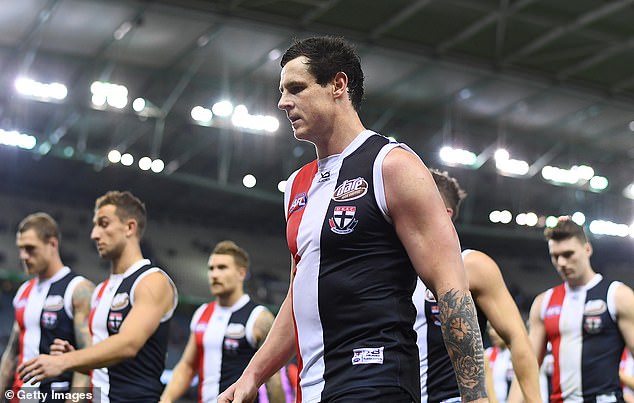 It is likely that Carlisle’s ban will be looked at when punishment is being determined for Smith as the circumstances are similar.

However, it will also likely involve meetings between the player, his management, the Bulldogs and the AFL. The club could decide harsher penalties are in order as well.

Bailey can consider himself lucky, though, that the World Anti-Doping Agency (WADA) changed the rules surrounding illicit substances recently.

Prior to 2021, Bailey would have received a four-year ban from WADA. If Bailey had tested positive to illicit substances, he might have faced a three-month WADA ban.

However, as the incident happened last year any tests carried out now could be negative.