Melbourne residents are looking forward to the AFL Grand Final public holiday on Friday, and we’ve got the low-down on what will be open on the big day.

The biggest disruption is expected to be to public transport thanks to the Grand Final Parade, but the majority of shopping centres, supermarkets and markets across the city will remain open with normal hours.

Australia Post, however, has confirmed there will be no mail or parcel deliveries on the big day.

Metro Train services will run to a Saturday timetable but there won’t be any Night Network services.

Yarra Trams will run to a Saturday timetable but there won’t be a Night Trams service and Route 30 will not operate.

Tram Services will be impacted by the parade, and those affected will have an ‘a’ next to their route number.

Route 11a trams will operate between West Preston and Stop 12 St Vincent’s Plaza.

Route 48a trams will operate between North Balwyn and Stop 13 Simpson St.

Route 12a & 109a trams will divert via La Trobe St between St Vincent’s Plaza and Southern Cross Station.

City Circle trams will operate a shortened route between Waterfront City Docklands and Stop 6 Russell St, via Harbour Esplanade and Flinders St. Stops along La Trobe St and Spring St will not be serviced by City Circle trams.

Route 75a trams will divert via Swan St along Route 70 between Russell St and Riversdale Junction.

*For the AFL Grand Final parade and Grand Final day the free tram zone has been extended.

Extended Free Tram stops are to:

Most Metropolitan buses will run to a Saturday timetable, but some will be altered or may not run. Night buses will operate as normal.

V/Line train and coach services will run to a Saturday timetable with some altered services.

Commuters are advised to check the Public Transport Victoria website for full details and further information. 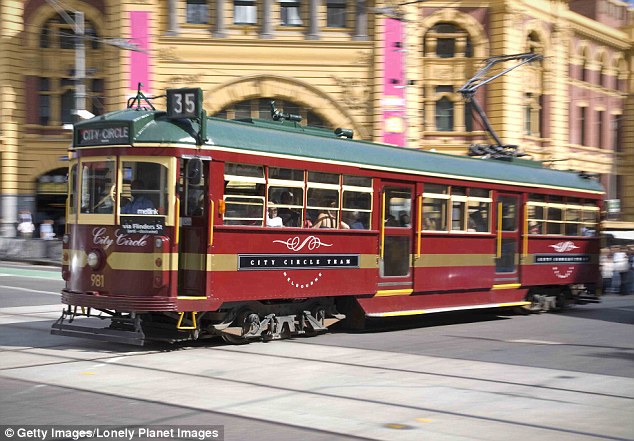 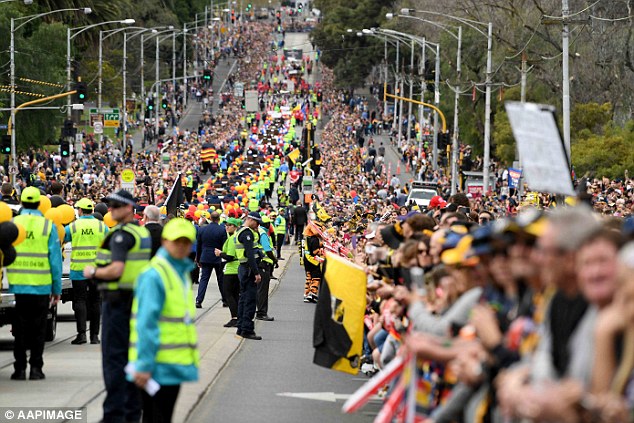 *Some stores and restaurants trading hours may vary. Coles, Woolworths, Aldi and IGA stores across the city are due to operate to normal hours, but customers are advised to check local store websites for further details.