What is the BEST Shapes flavour? Aussies settle the debate once and for all – as Arnott’s launches a tasty new contender

Arnott’s has launched a new flavour of Shapes after Aussies settled the debate over the ‘best flavour’ once and for all.

In the 2021 Shapes flavour poll Chicken Crimpy was crowned the best Arnott’s Shapes flavour in Australia by hundreds – and now a new flavour has entered the range for 2022.

The all new Mini Bites Shapes in cheese and smoky bacon are packed full of flavour and the bite-sized biscuits will ‘pop in your mouth’.

The new flavour will be available to buy this month for $3.20 and can be found in your local supermarket store.

Cheese and smoky bacon will be latest addition the other Mini Bites flavours, Sticky BBQ Wings, Sour Cream and Onion and Salt & Vinegar.

The new box will also be the most recent to join the almighty Shapes flavour debate that has continued for generations. 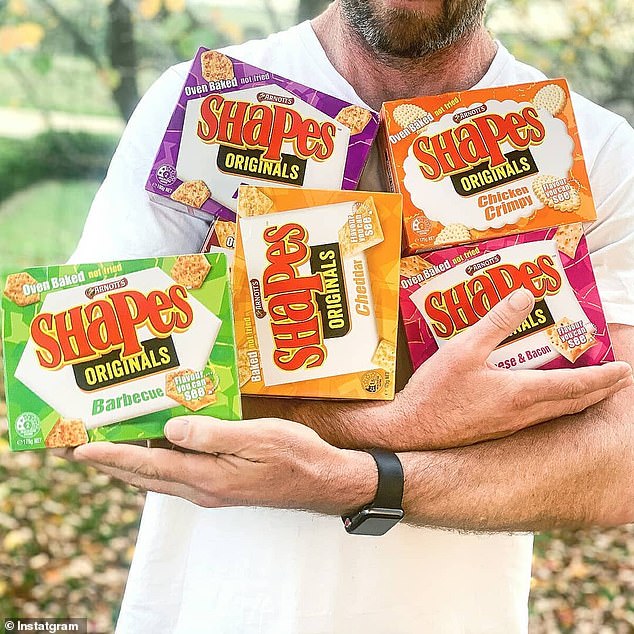 Australians voted for the best Arnott’s Shapes flavour of the year – so do you agree?

‘Shapes fans have been debating ‘what flavour is best’ for years now, and we love adding new flavours to challenge the classics,’ Shapes’ Manager Alice Johnson said.

More than 900 respondents rated for the flavour they love most as runner-up Pizza followed closely behind while Barbecue landed on third place.

Victorians favoured Barbecue (24 per cent), while those in New South Wales still put Chicken Crimpy (24 per cent) in first place. 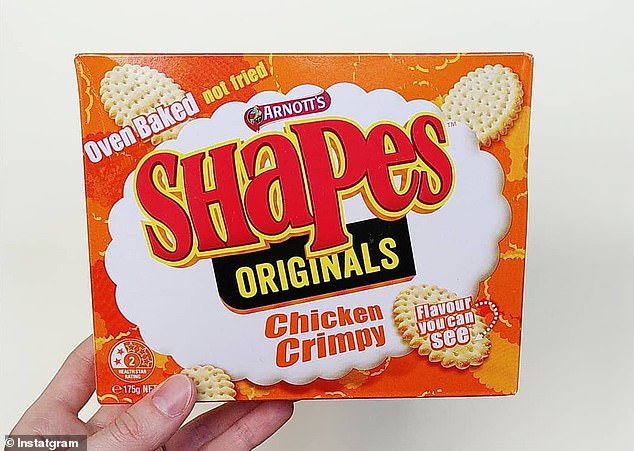 Queensland agreed Chicken Crimpy (26 per cent) was their favourite, while Nacho Cheese was only picked by a few (8 per cent).

Meanwhile, Millennials prefer Pizza (29 per cent) ahead of Chicken Crimpy (20 per cent) while those aged 65 and over chose Cheese and Bacon (21 per cent).

Gen Z followed the lead of Millennials, picking Pizza (25 per cent) above Chicken Crimpy (22 per cent).

While many Aussies agreed with the data, others weren’t impressed.

‘This is accurate I’m surprised someone needed to create a poll just to prove this,’ one wrote.

‘There are some seriously weird people in this world,’ another said.