A wheelchair-bound Tory disability campaigner has sabotaged his party’s own website after accusing George Osborne of ‘destroying lives’ with today’s Budget.

So incensed was he by the Chancellor’s announcement that Graeme Ellis ditched his Tory party membership and took the entire website of the Conservative Disability Group offline.

He replaced it with a message that read: ‘This website is temporarily closed owing to Disability Cuts.’

Mr Ellis, who has voted Conservative for 40 years, was dismayed by Mr Osborne’s decision to cut £4.4billion from benefits for disabled people over the course of the parliament.

In a move condemned by charities, he revealed plans to slash personal independence payments (PIP) for people who need aids to help them dress and use the toilet.

Webmaster Mr Ellis, 58, who runs a benefits advice service, told the Daily Mirror: ‘I would like to say to him [George Osborne] – does he realise how he’s destroying lives?

‘I’ve had distraught clients on the phone today. I’ve had people in tears worrying about the future.

‘I changed the website this afternoon. I’m appalled by what’s happened and wanted to make a very public statement.’ 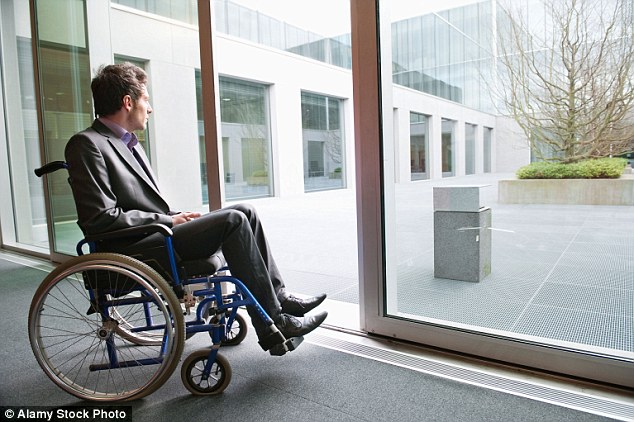 Criticism: Mr Ellis (not pictured, file photo), who has voted Conservative for 40 years, was dismayed by Mr Osborne’s decision to cut £4.4billion from benefits for disabled people over the course of the parliament

The former NHS worker from Lancaster told he had served on the national executive of the Conservative Disability Group, which is looking into the impact of the party’s welfare cuts.

‘The owner of the domain, who is no longer a member of the Group, has deactivated it without any instruction to do so.’