Wheelchair user, 69, died in hospital days after he was beaten up and robbed in his home

Pictured: Wheelchair user, 69, who has died in hospital days after he was beaten up and robbed in his home

Robert Morrison, 69, died six days after he was attacked at his home in Birmingham

A wheelchair user has died in hospital six days after he was assaulted and robbed in his home.

Robert Morrison, 69, told neighbours he’d been attacked in his home on Grove Road, Kings Heath, Birmingham, at around 11.30pm on December 10.

West Midlands Police have launched a murder investigation into his death.

Two men, both aged 18, have been charged with robbery and have been remanded in custody ahead of another court appearance on January 16.

A post mortem has been conducted but the findings are inconclusive pending further investigation.

They said: ‘Anyone with information can contact us via Live Chat at west-midlands.police.uk between 8am to midnight.

‘People can also call Detective Inspector Hines on 101 or contact Crimestoppers anonymously on 0800 555 111.’ 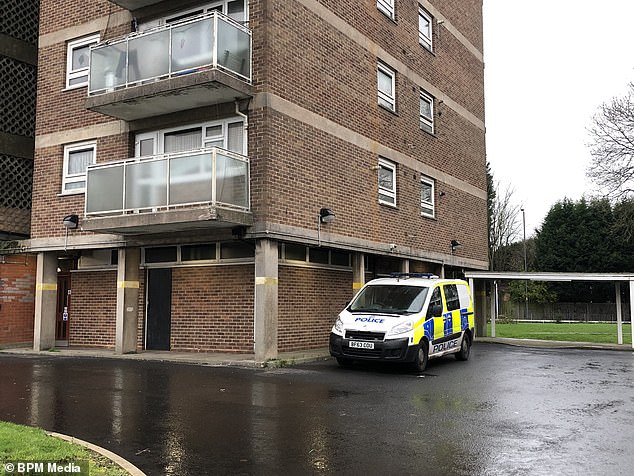 Wheelchair user Mr Morrison told neighbours he was assaulted and robbed at his home (pictured) at around 11.30pm on December 10. Police have launched a murder investigation