A wheelchair user who was prevented from drinking at a wine tasting event over ‘safety’ concerns is seeking compensation in a Japanese court.

The man in his 50s is demanding £12,000 in damages from the organisers and Seibu Department Store in Tokyo, where the event was held in August, the Mainichi Shimbun newspaper reported on Thursday.

Staff gave him a written statement which said: ‘To customers coming to the store with manual and electric wheelchairs, please refrain from tasting.’

During the trial’s first day this week, the manual wheelchair user whose name was withheld told Tokyo district court that he was asked to stop drinking after two glasses of wine, the daily said.

He told organisers that he was not heavily drunk and the instruction was unreasonable, but he thrown out of the venue.

His complaint noted that the act was ‘unjust discrimination’ against him and violated the nation’s disability discrimination law, the newspaper said.

‘Accidents and troubles inside the store are not always caused by wheelchair users,’ his lawyer told the court, saying the he was treated as as ‘a nuisance.’ 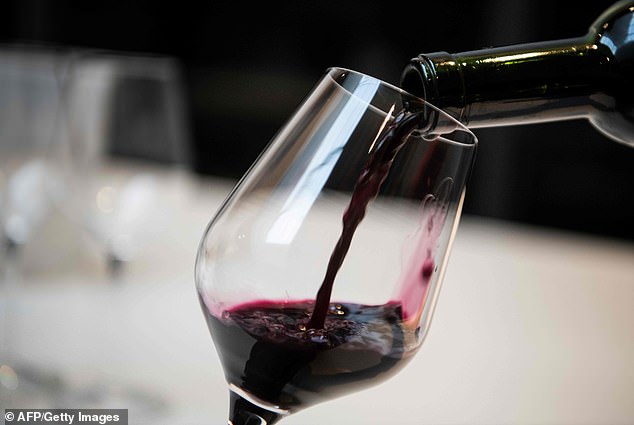 The wheelchair user was ejected from the department store in Tokyo after being handed a note which said: ‘To customers coming to the store with manual and electric wheelchairs, please refrain from tasting’

But a lawyer of the department store, run by Seibu & Sogo, told the court that the instruction was ‘necessary to secure safety,’ the daily said.

The legal team added that there were minor accidents between an electric wheelchair user and customers when the store held a similar wine tasting event two years ago.