When BBC bosses are in a hole, they keep digging: Naga Munchetty’s run-in with BBC ‘Thought Police’

Within the corridors of New Broadcasting House, the BBC’s editorial and policy standards unit is known as the Thought Police – and, like the sinister secret agents in George Orwell’s Nineteen Eighty-Four, they sometimes target their own side.

That, in effect, is what happened to Naga Munchetty, the highly respected BBC Breakfast news presenter whose parents were born in India and Mauritius – and who was publicly reprimanded by corporation bigwigs last week for daring to say on air that racism made her furious.

It was an indefensible mistake by our state broadcaster to criticise her on this issue. A bad situation was made even worse over the weekend when the BBC appeared to back-pedal.

An email to all staff signed by director-general Tony Hall declared: ‘Naga Munchetty – one of our stars – was completely within her rights. We completely back her up.

I cannot understand why Miss Munchetty was scolded while Walker, who coaxed her to speak out, was not. 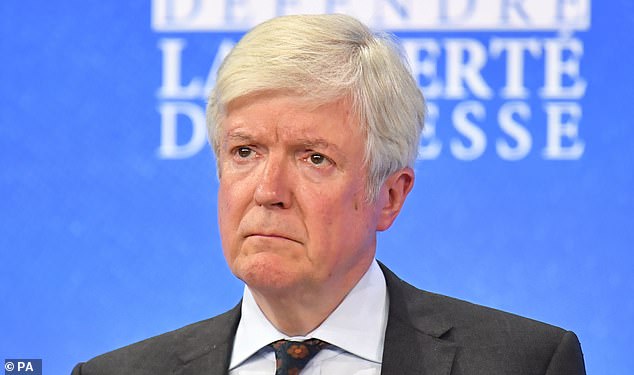 ‘She was speaking honestly and from the heart about her own experiences. We admire her for it and she was completely justified in doing so.’

What a mess. When BBC executives find themselves in a hole, you can be sure they will keep digging furiously. The whole sorry affair should have been forgotten long ago.

It stems from a 40-second conversation live on air between Miss Munchetty and her Breakfast co-host, Dan Walker, discussing her reaction to a typically inflammatory tweet by Donald Trump.

The US President said that four black congresswomen should ‘go back to the totally broken and crime-infested places from which they came’.

Plainly disgusted by that comment, Walker described the jibe as telling, and asked Miss Munchetty how it made her feel, as a woman from an ethnic background.

‘Furious!’ she retorted. ‘Absolutely furious. That was embedded in racism.’

A lot of other people would feel as angry as her, she added. I liked her passion and I’m certain that many viewers were cheering as she spoke. When presenters speak from the heart, it makes great TV.

Miss Munchetty is an excellent journalist who pulls off the difficult double act required of all news anchors, male and female – inspiring trust while looking good at the same time.

Her voice was especially relevant on this story, precisely because she is not white. 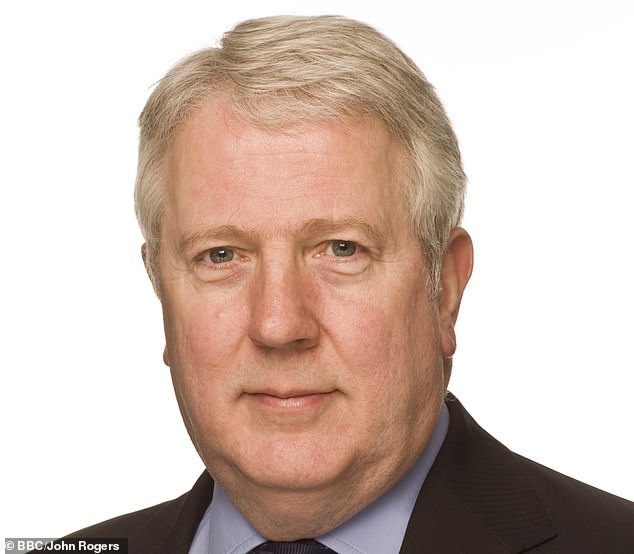 David Jordan, the BBC’s director of editorial and policy standards, is a decent man but he has spent so much time sitting on the fence

As she said, she knows how it feels to hear those hateful words: ‘Go home.’ She wasn’t just spouting a vacuous, knee-jerk comment – she meant what she said and spoke from experience.

If I’d been producing the show that morning I would have been quick to congratulate her on a strong bit of telly.

And yet one – just one! – anonymous viewer didn’t feel the same way, and filed a complaint.

Miss Munchetty’s consequent censure is symptomatic of the layers of bureaucracy at the Beeb, where the meaning of ‘impartiality’ has been lost. The corporation, of course, has a duty not to be biased, but that doesn’t mean it has to deny simple facts.

David Jordan, the BBC’s director of editorial and policy standards, is a decent man but he has spent so much time sitting on the fence that he’s now probably got some very nasty splinters lodged where they hurt most.

He shouldn’t be surprised that a group of prominent black media figures, including journalist Krishnan Guru-Murthy and actors Colin Salmon, David Harewood, Adrian Lester and Sir Lenny Henry, have described the BBC’s warped decision as ‘deeply flawed, illegal and contrary to the spirit and purpose of public broadcasting’.

For good measure, they added that it was ‘racially discriminatory’. 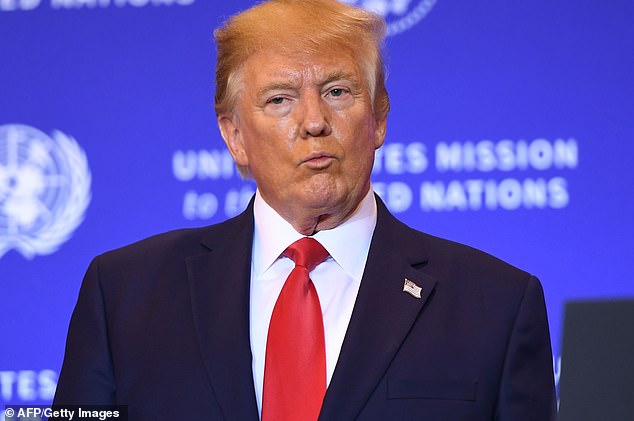 The US President said that four black congresswomen should ‘go back to the totally broken and crime-infested places from which they came’.

That’s a good point: for the life of me, I cannot understand why Miss Munchetty was scolded while Walker, who coaxed her to speak out, was not. Surely they should both be disciplined, or neither.

Faced with a barrage of criticism from all sides, BBC executives must be bitterly regretting their mistreatment of Miss Munchetty. And yet I don’t think they fully understand yet how much harm has been done.

For all its claims about the importance of diversity, when push comes to shove the corporation’s treatment of its ethnic minority staff has been found wanting.

The lesson for the Thought Police is simple: before you attack one of your best, try thinking first.

The BBC should apologise to a TV presenter involved in a race row, former equalities boss Trevor Phillips has said.

The corporation is facing pressure over its reprimand to Naga Munchetty for condemning Donald Trump’s call for four Democratic congresswomen to ‘go back to their own countries’.

Mr Phillips said the decision had put a ‘stain’ on the professional reputation of the 44-year-old journalist.

In an on-air discussion with Breakfast co-host Dan Walker, Miss Munchetty, who has Indian and Mauritian ancestry, said: ‘Every time I have been told, as a woman of colour, to go back to where I came from, that was embedded in racism.’

Following a single complaint, the BBC ruled she was entitled to describe comments as racist but had breached guidelines by also challenging Mr Trump’s motives. Mr Phillips, former chairman of the Equality and Human Rights Commission, said the BBC should update its guidelines to reflect the fact it now employed many more journalists of different backgrounds. 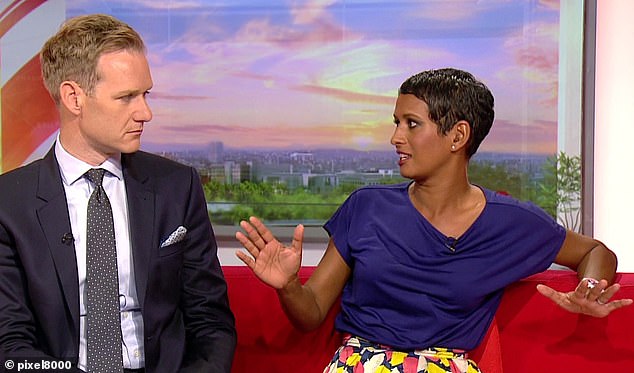 He added: ‘That way, they could boast about their success in promoting diversity and resolve this issue instead of digging themselves further into a hole over all this.

‘The BBC always gets its knickers into a twist about race, making mistake after mistake. In this instance, we have a professional journalist doing what journalists are paid to – to make an informed decision – but they are saying she shouldn’t be allowed to do that.

‘It is a form of censorship and the way they have handled it has put a stain on her professional reputation.’

David Jordan, the BBC’s editorial policy director, has suggested Walker led Miss Munchetty, 44, into the remarks she made during their discussion in July.

A petition to have its decision reversed had last night reached more than 11,500 signatures. A BBC spokesman said: ‘The BBC is fully committed to complying with the Equality Act, and we’re not aware of any failure to do so.

‘The statement from the executive team is clear, the BBC is not impartial on racism.

‘Racism is not an opinion and it is not a matter for debate. Racism is racism.

‘Naga has the very clear support of the top of the organisation.’