When does someone have to become a non-dom for tax purposes?

I have been informed that I am not spending enough time in the UK to be tax domiciled there.

I complete my self-assessment annually and have a Unique Taxpayer Reference and National Insurance number. What are the rules regarding this situation?

Tax rules: If I don’t spend enough time in the UK, do I have to become a ‘non-dom’?

Heather Rogers replies: I was pleased to receive a question on domicile, as it is a topical subject and much misunderstood.

What does domicile mean?

Common law assigns a domicile of origin to every individual at birth.

This is normally determined through their parents – their father’s, or in the case of a single mother, their mother’s domicile – and it can be different from where the individual is born.

This is known as a ‘domicile of origin’. A person is domiciled in the UK for example, if their parents were born in the UK.

A person can instead have a ‘domicile of choice’ which is more complicated.

This normally means that, for example, you make the UK your permanent home and renounce your domicile of origin from elsewhere.

However, it is not necessarily a straightforward process to have a domicile of choice.

The third domicile is known as a ‘deemed domicile’, and this applies only to your tax situation and is based on how many years you have been resident in the UK.

There is also the ‘domicile of dependence’ which is the one that the law assigns to an individual because of their lack of legal capacity and legal dependence upon another person. 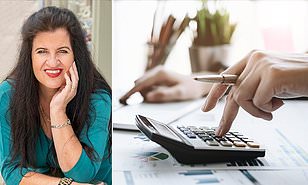 Is domicile the same as residence for tax purposes?

No, they are two completely separate matters.

You can become non-resident for tax but not be a ‘non-dom’.

Tax residence is based on a person being present in the UK over the course of the tax year for a certain number of days, whereas domicile is about a person’s long-time home.

Possessing a UK passport does not necessarily mean that you are domiciled in the UK but it is an indication of someone’s intention to spend the rest of their life in the UK.

However, on its own, it does not confer domicile. Domicile is different from one’s nationality.

Details about tax residency, and how you will be taxed as a non-resident, as opposed to domicile can be found here.

How does the tax system work for UK ‘doms’ and UK ‘non-doms’?

1. People who are both UK domiciled and UK resident for tax are taxed in the UK on their income on an ‘arising’ basis.

This means that they pay UK tax rates on their income wherever it arises in the world.

They may be entitled to relief on any tax already deducted by an overseas tax authority, but they still must report it on their UK tax return. This also applies to capital gains.

2. If you are resident in the UK for tax, but have a domicile elsewhere, (you are a ‘non-dom’), then you do not pay UK tax on foreign income or gains if both the following apply:

– You do not bring it into the UK, for example by transferring it to a UK bank account

– Claim the ‘remittance basis’. This means you only pay UK tax on the income or gains you bring to the UK, but you lose any tax-free allowances for income tax and capital gains that you may have been entitled to.

In addition, you also pay an annual charge depending how long you have been resident in the UK.

You pay an annual charge of either:

Due to the fact that a non-dom has to pay up to £60,000 annually, it is only of benefit if your foreign earnings are significant.

Non-doms remain liable for tax in the UK on any income arising in the UK itself.

The domicile rules also affect inheritance tax and how your estate is taxed.

Details about non-domiciled residents can be found here.

How does someone become UK domiciled or lose their status?

If you are a UK domicile of origin but you move overseas to settle in another country, then once you return to the UK you are deemed to be UK domiciled for tax on return to the UK and for inheritance tax purposes at the start of the second year of returning to the UK.

This is known as formerly domiciled residence status.

You can lose domiciled status if you leave the UK and there are at least six tax years as a non-UK resident in the 20 tax years before the relevant tax year.

A person becomes a deemed domicile after 15 years’ residence in the UK and then the ‘arising’ basis will apply – which as explained above, means you pay UK tax rates on your income wherever it arises in the world.

What about your situation?

I don’t have the details of your circumstances, but I hope this gives you a brief guide as to how the UK domicile rules work for tax purposes, and helps you decide what to do next.

As you can see, domicile is a complex area of both law and tax. Expert advice should be sought from a lawyer and a tax adviser with expertise in this area who are based and regulated in the UK. 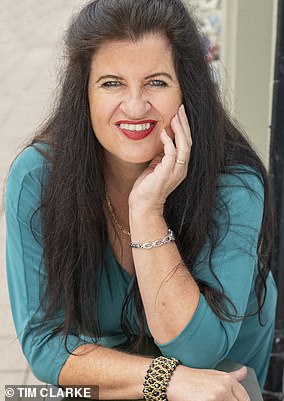 Heather Rogers, founder and owner of Aston Accountancy, is our tax columnist. She is ready to answer your questions on any tax topic – tax codes, inheritance tax, income tax, capital gains tax, and much more.

If you would like to ask Heather a question about tax, email her at taxquestions@thisismoney.co.uk.

Heather will do her best to reply to your message in a forthcoming monthly column, but she won’t be able to answer everyone or correspond privately with readers. Nothing in her replies constitutes regulated financial advice. Published questions are sometimes edited for brevity or other reasons.

If Heather is unable to answer your question, you can find out about getting help with tax here, including sources of free professional advice if you are elderly and/or on a low income.

You can also contact MoneyHelper, a Government-backed organisation which gives free assistance on financial matters to the public. Its number is 0800 011 3797.

Heather gives tips on how to find a good accountant here, including when to seek help, hiring the right type of firm and typical costs.