When is Easter 2023? When are the UK school holidays? Spring bank holiday dates

When is Easter 2023, when is the four-day bank holiday weekend and when are the school holidays? Vital Q&A on upcoming spring break

Easter is the most solemn time of year in the Christian religious calendar with its date changing each year in line with the lunar cycle.

This year, Holy Week begins with Palm Sunday on April 2, which, according to Christian tradition, marks the return of Jesus to Jerusalem.

The events of Holy Week correspond with the Jewish festival of Passover which begins at sunset on Wednesday, April 5.

According Christian theology, before Jesus returned to Jerusalem, he spent ’40 days and 40 nights’ in the desert, preparing himself for his upcoming death and resurrection by fasting and resisting the temptations of the devil. Many Christians take the opportunity of Lent, which begins on Ash Wednesday, February 22, to give up something pleasurable for the duration of the period.

Schools are likely to break up sometime around March 31 and return on April 17, though the exact times in different council areas may differ 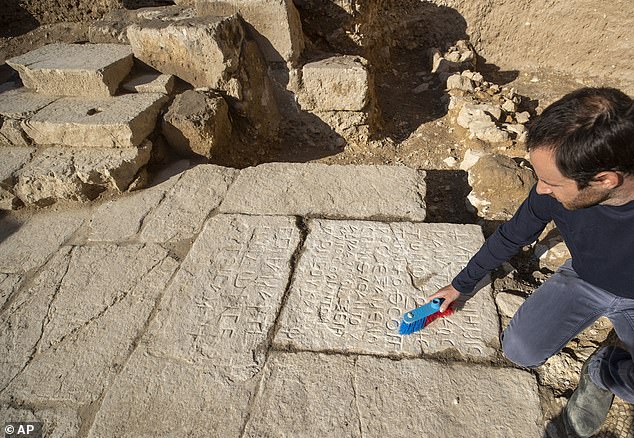 Easter Week is celebrated by Christians as a time where they believe Jesus returned to Jerusalem, held his Last Supper, was betrayed by Judas Iscariot, crucified and was resurrected. Pictured: Israeli archaeologist David Yeger of the Israel Antiquities Authority working at the site in Gesthsemane, where according to Christian tradition, Jesus was arrested

Lent ends this year on Maundy Thursday, April 6, where Christians believe Jesus celebrated his Last Supper – famously depicted in an artwork by Leonardo Da Vinci – with his 12 Apostles.

After the dinner, in the Garden of Gethsemane, Jesus is betrayed to the authorities by Judas Iscariot for ’12 pieces of sliver’.

The following day, Good Friday, Jesus, according to the scriptures was crucified under Pontius Pilate and was buried in a cave, sealed by a large stone and guarded by a Roman soldiers to prevent anyone stealing his body.

On Easter Sunday, according to the gospels, Mary Magdalene and several disciples visited the cave to find the stone moved and his body missing.

Many of the secular seasonal treats associated with the Easter season are based on Christian theology. 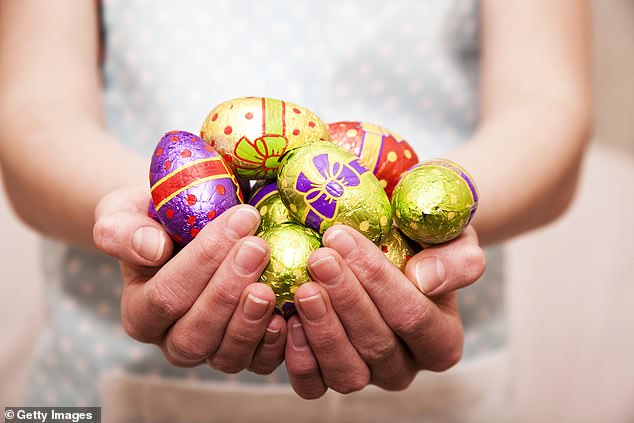 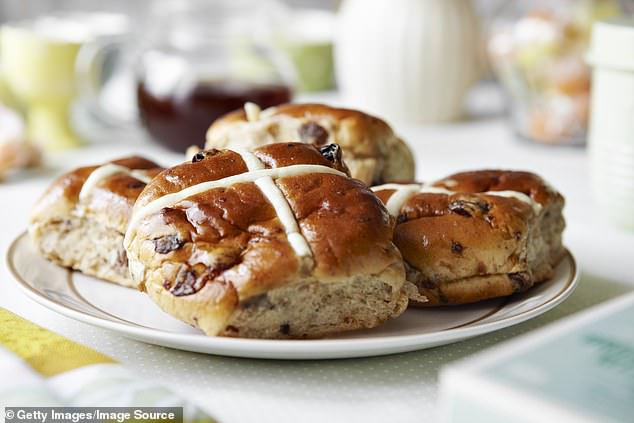 Hot Cross buns, pictured, feature a cross which represents the crucifixion of Jesus

Shrove Tuesday, on February 21, was a day to celebrate before the Lenten period of fasting.

Hot cross buns represent the cross on which Jesus was crucified, while Easter eggs relate to the theme of renewal, resurrection and new beginnings that are associated with the period.

Schools across England and Wales are likely to break up for the Easter holidays on Friday, March 31 and return on Monday, April 17, though the exact days off can vary between different local authorities and individual schools.

The next bank holiday scheduled across much of the UK is Good Friday on April 7, although people in Northern Ireland will be free to celebrate St Patrick’s day on Friday, March 17.

Easter Monday is not technically a Bank Holiday in Scotland, though is treated as such by many people.

Unfortunately for some workers, employers can demand that employees treat bank holidays as part of their statutory leave entitlement, which works out approximately 28 days’ paid annual leave a year.

But some workers can make their holiday entitlement stretch to 48 days by booking just 19 days off by targeting bank holidays.